Flora Ogilvy got married: the romantic wedding of Harry and William's cousin 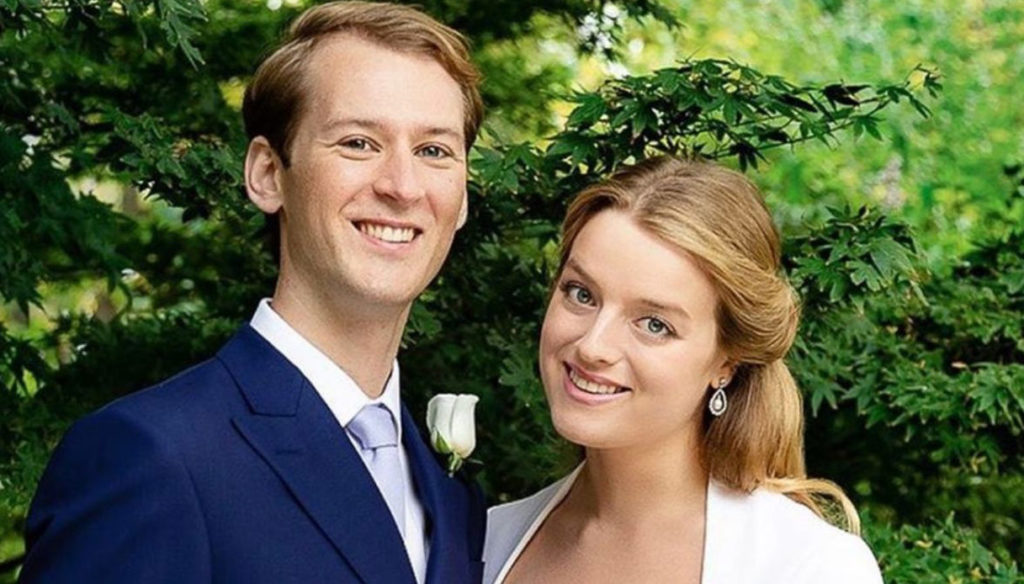 Another Royal Wedding for the Royal Family: Flora Ogilvy, very dear niece of Queen Elizabeth, got married. The party, however, is postponed until next year

Another marriage for the British Royal Family. After the wedding of Beatrice of York and Edoardo Mappelli Mozzi, which took place last July, another cousin of Harry and William took the plunge. This is Flora Ogilvy who, happy, gave the happy announcement on her social profiles.

Flora is perhaps one of the lesser known members of the Royal Family, but she is very close to the Queen. She is, in fact, the daughter of Prince George and Princess Marina of Greece and Denmark and granddaughter of Princess Alexandra, first cousin of Elizabeth II.

Flora is only 25 years old, but her ideas are already clear. Very fond of the Queen, who always makes her a part of inviting her to Trooping the Color and to Christmas lunches at Buckingham Palace, despite her young age, she has been able to build a career by founding a digital platform. And, now, she has decided to marry Timothy Vesterberg, a former ice hockey player.

Timothy and I – announced the Queen's niece – were married privately at the Royal Chapel of St James's Palace on Saturday 26 September. We are really delighted and we can't wait to celebrate next year.

Flora and Timothy, just like Beatrice of York and Edoardo Mappelli Mozzi, got married in a wonderful and romantic location surrounded only by the dearest loved ones. No party, however, followed up on promises. In fact, due to the restrictions due to the health emergency, the couple had to postpone the party until next year.

Lady Ogilvy, despite her unconventional royal wedding, still wanted to show her best on her wedding day. So she wore a beautiful white dress without lace and decorations and with a straight line, signed Emilia Wickstead. He then added some very bright dangle earrings. Soap and water make-up and a very simple and elegant hairstyle, reminiscent of those worn by Kate Middleton during the events that saw her as a protagonist.

Flora and Timothy will probably celebrate next year with a dream party that could be the right occasion for William and Harry to meet again after their recent estrangement. Will the two brothers, along with their wives Kate and Meghan and Queen Elizabeth II take part in the event? 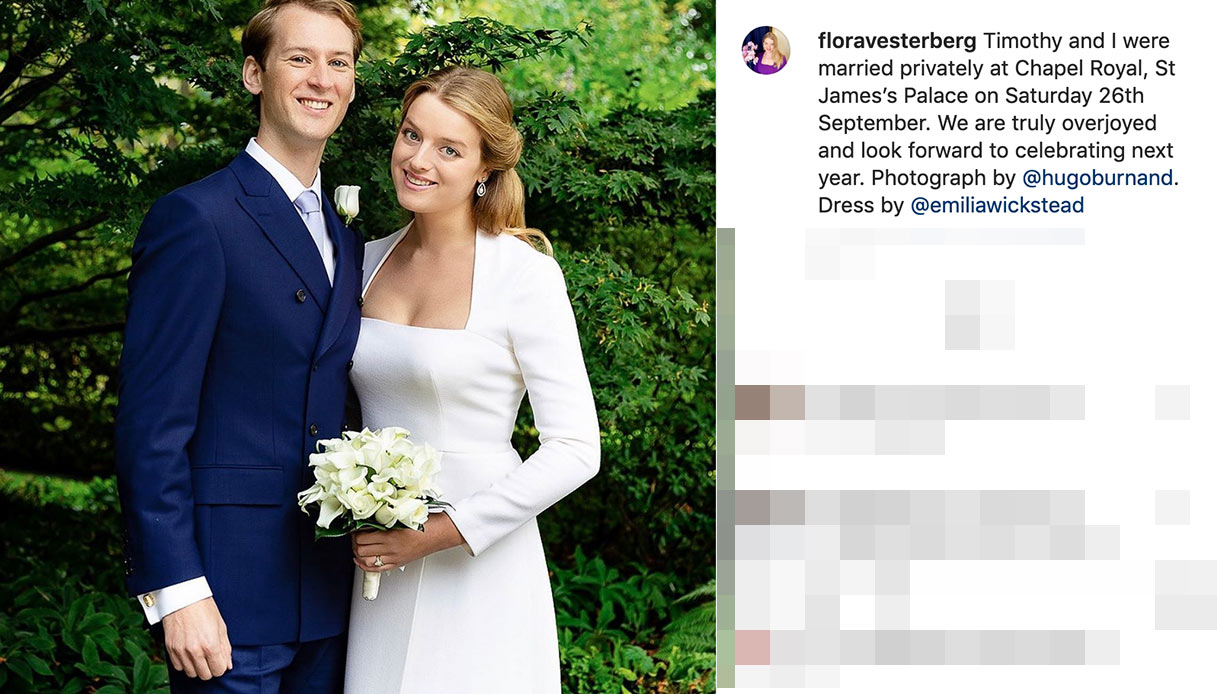 Giovanna Pirri
4200 posts
Previous Post
Gabriel Garko to Verissimo to tell the truth: Francesca Barra's criticism on Instagram
Next Post
Dancing with the Stars, Samuel Peron is healed: Rosalind faced with a choice