Food disorders. 10 alarm bells to recognize them in children and young people 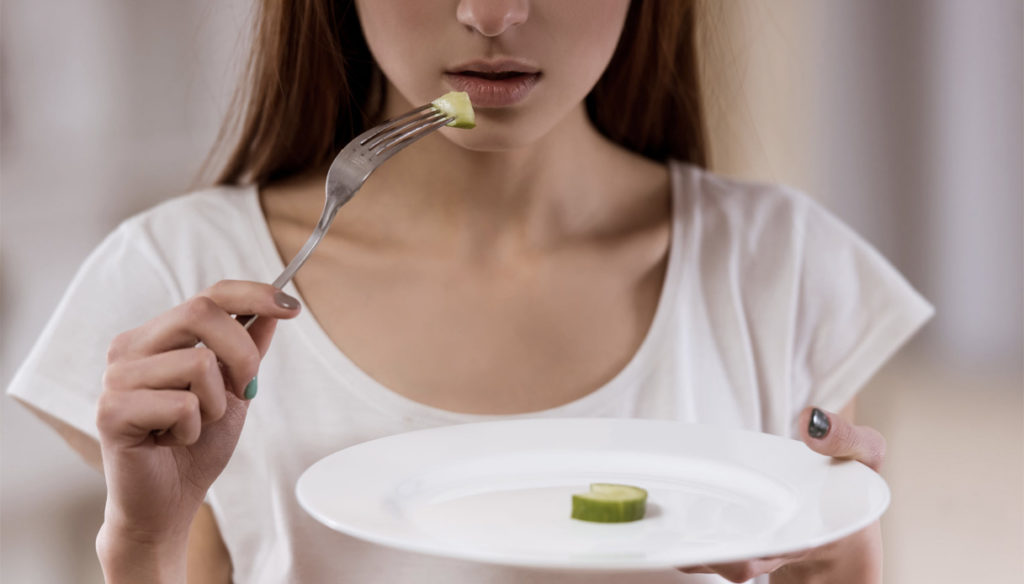 Nutrition and Eating Disorders (DNA) represent an important public health problem, "given that for anorexia and bulimia – reads the website of the Ministry of Health – in recent decades, there has been a progressive lowering of the age of onset, so much so that diagnoses in pre-adolescence and childhood are more and more frequent ". And there are about two million Italian adolescents who suffer from eating disorders. The malaise often begins to make its onset as early as 11 years old and in some cases, according to pediatricians, even in girls as young as 8 years old.

Refusal of food or, on the contrary, large binges remain the most frequent problems, but the male response to vigoressia, or the obsession with a good physique, is also on the rise.

The causes of the disorder?

They are psychological, cultural, family, biological and developmental in nature. But mainly of a psychic and non-physical nature. DNA, if not treated in time and with adequate methods, can become a permanent condition and seriously compromise the health of all organs and systems of the body (cardiovascular, gastrointestinal, endocrine, hematological, skeletal, central nervous system, dermatological, etc.) and, in severe cases, lead to death. The problem must be addressed by a psychotherapist, or by a multidisciplinary team specializing in the treatment of eating disorders, which may also be present in public health facilities.

Recognizing the warning signs of an eating disorder in a teenager is possible and very appropriate to address the problem as soon as possible and contain the long-term negative effects. Already from the age of 6, the first warning signs can be detected, before the real symptoms of the disorder related to food emerge, which are most clearly evident between 11 and 16 years. Among the alarm bells, experts report:

1. Low self-esteem and a tendency to judge oneself based on physical aspects. In preteens, these sensations may not even be related to weight: "I'm not worth anything", "I suck".

2. Dissatisfaction with one's body image, especially height and weight. As you age, your body is seen in an increasingly distorted way (seeing yourself constantly fat even when it isn't) and physical appearance becomes a constant concern.

3. Tales of exclusion or diversity from peers, accompanied by melancholy and self-depreciation (social withdrawal).

4. Irritability in the family, mood swings and outbursts of anger, growing anxiety about both school commitments and situations in the family.

5. Small and growing obsessions, even if not concerning food at least in the initial stages: always and only wear certain clothes and not others; do certain operations only in an established sequence. With age, it emerges as exasperated perfectionism, often accompanied by excellent school performance, but at the cost of increasing sacrifices (giving up rest and leisure).

6. Physical hyperactivity, with obsessive attitude: for example running every day until exhaustion; doing other sports with excessive frequency and rhythms, taking time away from other activities, even more pleasant ones.

7. Growing difficulties in relationships with parents: attachment – excessive for age – to at least one of the two, usually the mother and up to real addiction.

8. Frequent complaint of discomfort or physical discomfort at the time of family meals: nausea, stomach ache, headache, which lead to getting up from the table and running away from the meal.

9. Exasperated food selectivity, with refusal to eat when at the table there is one of the unwelcome foods or foods that “make me feel bad”, whose list invariably gets longer day after day. Recurring speeches on the need to eliminate certain foods because they are "contaminated", "unhealthy", "carcinogenic" etc.

10. Disproportionate evaluation of the feeling of hunger: absolute denial (refusal to admit to being hungry: “I don't like anything”) or on the contrary frequent overestimation of hunger: “I'm starving, I'd eat the whole world”.

When a parent recognizes the alarm bells, it is important that they talk to the pediatrician or the treating doctor to be helped in the evaluation and in defining the procedures to be followed for a specialist evaluation. As with many diseases, as well as with Nutrition and Eating Disorders, the principle is that the earlier recognition of the disorder corresponds to a higher probability of recovery.

Maria Teolis
2800 posts
Previous Post
Michelle Hunziker, the appeal on Instagram to the Government for those in difficulty
Next Post
School and Covid, the new exams