Four classic books that will help the child grow 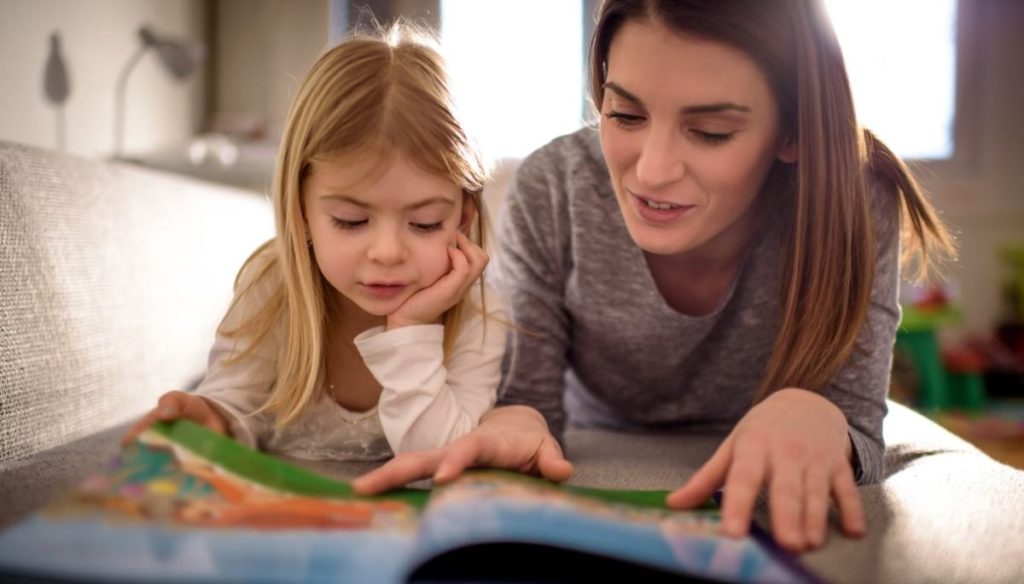 Timeless readings to read to teach values ​​to your child

During childhood, it is important for a parent to read stories, books or nursery rhymes to their child, so as to immediately transmit the love of reading and offering interesting training ideas.

Times have changed, as has the way of approaching books, often sacrificing the "scent of paper", which is replaced with electronic devices capable of collecting various literary collections. The substance, however, does not change: despite the cultural and technological evolutions, there are still books of the past that have never faded away, continuing to offer a strong emotional load and values ​​that are difficult to find.

The classics still have the power to fascinate children, training them and bringing them closer to a world of values ​​made up of experiences that they can keep in their heart during the course of their lives.

Four, in particular, are indicated for early childhood, thanks to their educational ability and the fluency of language that often leads to imagine the scenes described in one's mind and to snatch a smile.

He will celebrate his 76th birthday shortly, the masterpiece of narrative poetry that fascinates children and adults, directly touching the most sensitive part of their being: the heart. Translated into over 200 languages, the story tells of an aviator who crashes in the Sahara, where he meets a funny child who reveals he is the prince of a distant planet. He came from asteroid B612, a distant planet inhabited only by a vain rose.

The distance from home had allowed him to discover the strong link between him and La Rosa and the desire to protect her, which is why, after having told his story and the strange characters he met during his journey among the planets, he decides to go back home.

What does the Little Prince teach?

The message is clear and it is precisely the importance of taking care of others, with courage and maturity. The pages of the book tell in a metaphor the passage to adulthood, with the awareness that this can only be achieved after meeting people, traveling and discovering that there are good people and bad people. The important thing is to find a friend with whom to share your journey.

A book that already at the end of the 1800s urged women to follow their dreams and their passions, becoming a revolutionary literary product then and a reading absolutely to be recommended to girls and young girls of today.

The classic for girls is divided into two volumes, Little Women, and Little Women Grow, which tells how the story of the four March sisters evolved.

A fascinating story, in which, during the Civil War, the sisters live a life without men, confronting each other on the most disparate themes, from love to their dreams, without ever allowing themselves to be dissuaded by economic problems. They know what they want and fight hard, working hard to achieve their goals.

The book tells, step by step, how the world has evolved, the period of wars and how much will power can help you become what you want, despite the big obstacles you find on your path.

The perfect book to read in times of celebration, since it is one of the most moving and well-known Christmas tales, so much so that it is revisited in a Disney cartoon and turned into a movie.

Dickens chooses to narrate based mainly on the classic structure of the fairy tale, despite some stylistic influences typical of the gothic novel, characterized by a pungent irony.

History contrasts the world of the rich with that of the poor, contrasting the high bourgeois Scrooge with Bob Cratchit, the golden heart.

Why read "A Christmas Carol"?

Because in the same way as fairy tales, the novel ends with a moral: everyone can improve, even the most mean and materialistic. By choosing the right attitude, it is possible to nourish one's soul with new values ​​and save it from selfishness and wickedness.

And it will be Scrooge himself to redeem himself, recognizing his mistakes that led him to the loss of the people he loved.

Not everyone knows that this novel is the first in a long series of books set in the Magical World of Oz, which do nothing but make the plot ever richer in plots and stories.

Dorothy, a little girl from Kansas, is overwhelmed by a hurricane, which sweeps her away with the little dog Totò and transports her to a new world, inhabited by surreal characters: the Scarecrow, the Tin Man and the Lion. Each of these characters chooses to embark on a journey to the Emerald City to meet the Wizard of Oz, to be able to ask for something, some a brain, some a heart to dare. Dorothy just wants to go home.

Why read The Wizard of OZ?

Each character looks for something that he believes is missing and the adventures and adventures they face on the way, helps them understand that they are qualities they already have in themselves. The tin man is in solidarity with his friends, the scarecrow is intuitive and the lion bravely faces many dangers.

The message is that many times what we think is not within our reach, in reality it is something that we have inside us and, often, it is so much hidden that it is difficult to understand the intrinsic qualities.

Dorothy also had the tools to go home: the silver shoes she owned, in fact, had the power to take her everywhere.

Giovanna Pirri
6041 posts
Previous Post
Hair: how to strengthen them in autumn to prevent falling
Next Post
Tina Cipollari to Verissimo: "I'll tell you how No Maria was born, I go out"
You must be logged in to post a comment.
Menu