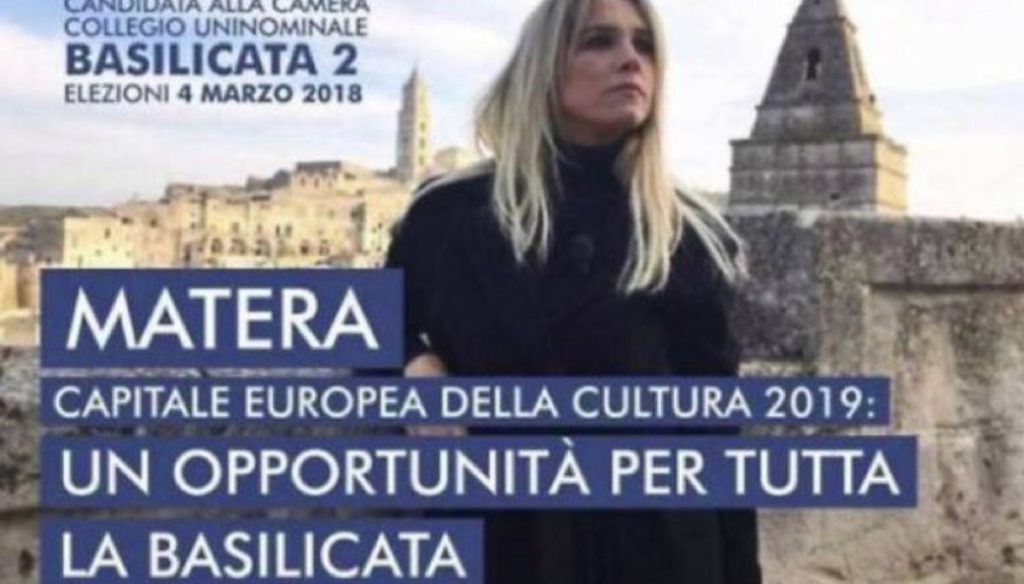 During the electoral campaign – as we know – it takes very little to trigger the controversy, and so Francesca Barra ended up in the eye of the storm because of a grammatical error in the electoral posters. All because of a forgotten apostrophe, which has got the candidate of the Democratic Party in Matera into trouble.

The journalist and writer, who decided to run for the Democratic Party in the uninominal Basilicata 2 college, a few days ago had released the first election posters of her campaign. This is an image in which Francesca Barra appears and we talk about the choice of Matera as the Capital of Culture in 2019.

"Matera Capital of Culture 2019: an opportunity for all of Basilicata" reads the billboard. Too bad that "an opportunity" was without the apostrophe due to elision. The error obviously did not go unnoticed and sparked irony on social media and in the pages of newspapers, especially with reference to the fact that Francesca Barra is a journalist, for this reason she is a grammar expert.

She defended herself, stating that the absence of the apostrophe was due to a forgetfulness of the chart and that it was not her fault. "The graph error was corrected after a few minutes – he revealed on Facebook -. I was out for work – then attacked those who spoke of the grammatical error, blaming it -. But don't you know what to write anymore? Then what do you want to accuse me of? They write that I am pregnant, that I will withdraw from the candidacy, that the apostrophe is my cause, that I have been caused by chemtrails. Then?".

The last few months have been quite intense for Francesca Barra, who decided to go into politics and who, after her divorce, married actor Claudio Santamaria in the United States. "Ours was not a header, but a conscious choice – he told Corriere of the wedding -. They teach us the search for happiness, but then if you are not inside certain boxes you are annoying, because certain decisions, you, have succeeded in fulfilling them. With Claudio we could not not choose us ".

As for political commitment, he added: "Point on my ability to listen to people – he explained -. I have no personal interests, indeed, I am giving up what I had for this mission. I don't mind being a politician, but a good person struggling to give people a voice ”.