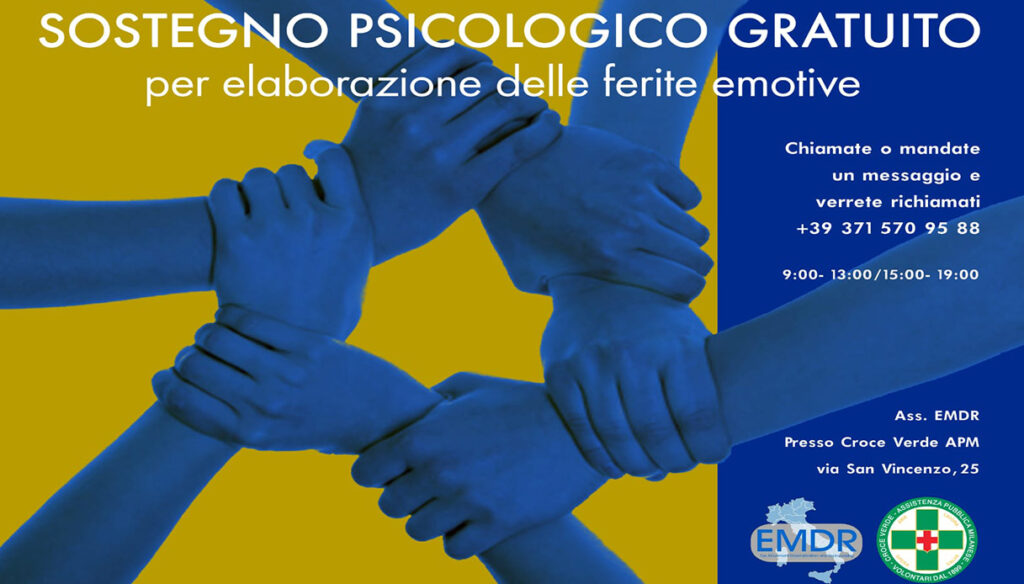 As Russia bombs Ukraine, people continue to flee. Some manage to cross the border, leaving behind a trail of blood and suffering buried in the rubble of a land now marred by war. It is mostly women and children who tell the horror of a cruel conflict with their eyes.

These are the people who also find temporary refuge in Italy. According to estimates by the Ministry of the Interior, confirmed as of March 21, 2022, over 50,000 Ukrainian citizens have arrived in our country. Third sector associations, volunteers and reception centers take care of them. They offer food, blankets and comfort, but forgetting the snapshots of death and pain that the war has caused is impossible.

It is difficult for us, that we experience this war through those images that forcefully enter our homes, piercing the now forgotten serenity. It is impossible for them that they had to leave the country of the gold colored wheat fields, the houses and all the memories of that life suddenly shattered. How are they going to start over?

It is precisely from this awareness that the idea of ​​creating a free psychological support desk for the Ukrainian population by the association EMDR Italia in collaboration with the Green Cross was born. A supportive and real help, which aims to support all people, of any age and sex, who have managed to escape from war and who find themselves having to deal with everything that has happened, free of charge. what they lost.

The project, active in Milan, has already been operational for days and aims to help war refugees to process the emotional wounds and traumas they have suffered.

All people who have fled Ukraine can find support in this psychological help desk. After a first contact with a person who speaks the Ukrainian language, and who will ask some cognitive questions also regarding the availability of times and days, the caller will be invited to reach the headquarters of the Green Cross in Via San Vincenzo in Milan in the days immediately where you can meet psychologists, experts and interpreters. The interviews will be both collective and individual.

It was Riccardo Ercole, the volunteer of the Green Cross who was the first to have this idea of ​​solidarity, which immediately turned into reality, explaining how it all started. We reached him by telephone to tell us about the project and how it works.

«The idea comes from what I have seen, which I see every day around me. From what we all see. Looking at the images on television and on social networks, I wondered how those people who come here are going to move forward. How will they come to terms with the horrors of war, deal with everything that happens. I wondered if, in addition to the help we are already giving, we could do something more », he told us.

Riccardo, who is already a volunteer of the Green Cross in Milan, decided to contact EMDR Italy, the association that offers a structured psychotherapy method for the treatment of various psychopathologies and problems related to traumatic events and stressful experiences. The choice fell on this association not by chance. During the health emergency, in fact, the association’s volunteers had offered psychological support to all the doctors committed to tackling the Coronavirus.

To make all this possible, as anticipated, was the extraordinary collaboration between the Green Cross and the EMDR. In Milan, on March 21, 2022, the psychological listening desk for all war refugees was inaugurated.

“Starting this project of solidarity and hospitality, however, was not easy: if on the one hand we had ease in the logistical organization by choosing the wide spaces of the Croce Verde headquarters in Via San Vincenzo in Milan, on the other we had to clash with other problems – Riccardo said – such as those of the language barrier, for example ».

Once again, however, thanks to the collaboration of all and the support of others, the difficulties were overcome. Riccardo told us that after launching a public appeal to ask for the help of people who could speak the Ukrainian language, he received a great and generous response from the citizens of Milan. The interpreters and translators were found and the desk was activated.

«The real strength of this project – continues Riccardo – lies precisely in the collaboration between people, between volunteers. Primarily between the Green Cross and the EMDR Italy association. On the one hand there are psychologists and expert psychotherapists, on the other there are us who have different tasks and who can carry on the structure we have thought of. We have a graphic designer who, for example, took care of the poster, a person who speaks the Ukrainian language and who will answer all calls and requests for help and we have someone who helps us to spread the information campaign. But we must share this service in a capillary way so as to be able to reach as many people as possible ».

The psychological support desk for the Ukrainian population has been active since Monday 21 March and is available to all war refugees who are currently in Italy and specifically in Milan. To take advantage of the service, totally free, you can call or write a message to the number +39 371 570 95 88 also in Ukrainian every day from 9.00 to 13.00 and from 15.00 to 19.00.

The people who call are then contacted to make an appointment at the Croce Verde headquarters in Via San Vincenzo 25, in Milan in the days immediately following the call. In addition, a series of Italian language courses for Ukrainian refugees have been inaugurated in these days.

The task that we are all called to carry out now is to spread the news as much as possible so that it also reaches the hubs and temporary shelters of the city of Milan, so that the population who fled the war can find the psychological support they deserve. 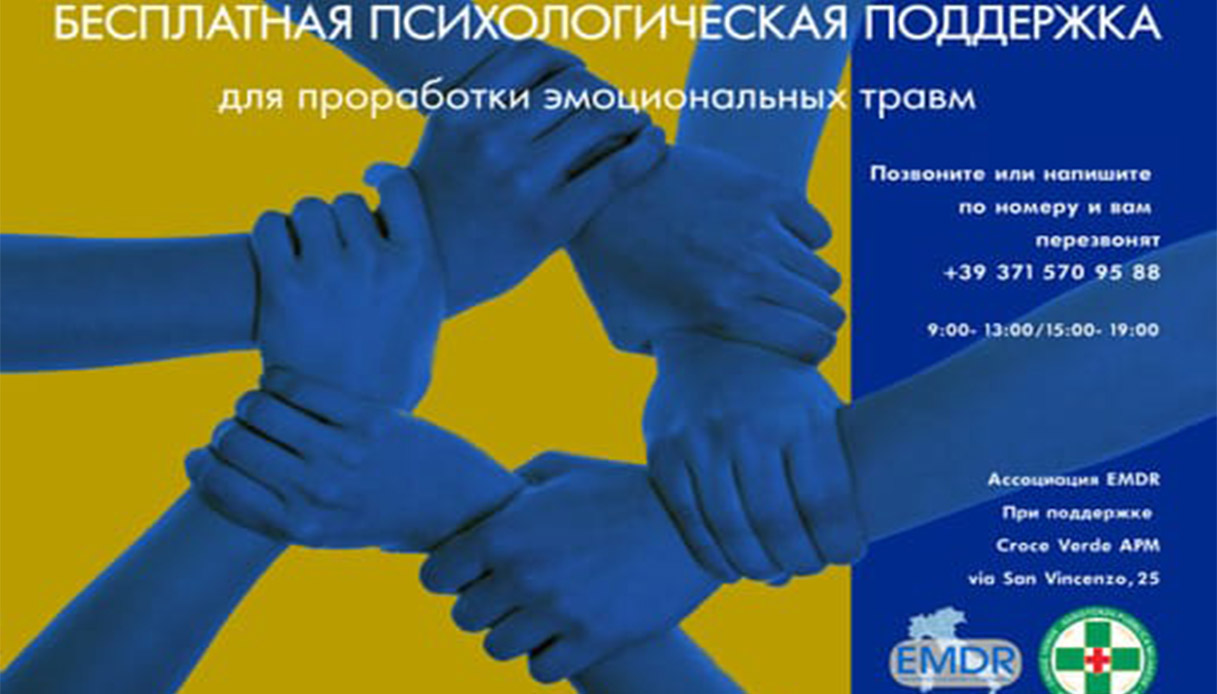 Lorenzo Gavazzi
2589 posts
Previous Post
Giorgia Palmas, the announcement in tears (of joy) to Verissimo: the date of the wedding with Magnini
Next Post
Laughter Yoga: what it is, benefits and exercises
You must be logged in to post a comment.
Menu