Loredana Bertè does not return to Amici: Alessia Marcuzzi returns to take her place in the external jury 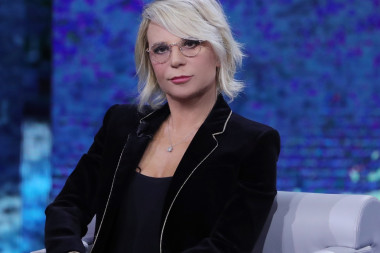 This edition of Amici di Maria De Filippi is about to end, which despite the absence of the studio audience, continues to air to entertain fans of the program, one of the longest-lasting talents of Italian TV. And for tomorrow's appointment, the semifinal, Alessia Marcuzzi is confirmed as judge in place of Loredana Bertè.

Already in the last episode the conductor of Le Iene was called by the hostess of the show to replace the singer, who was stuck in Milan, effectively unable to reach her studies in Rome. During the live broadcast, Marcuzzi showed she knew the path of the school kids, expressing judgments that took into account their personalities and the skills revealed during the performances.

Alessia Marcuzzi then, sitting next to Vanessa Incontrada and Gabry Ponte, will remain for a while on the jury, for an important appointment, one step away from the final of Amici, for the decisive votes that will decide who the they will play everything for victory.

Another welcome return, in tomorrow's episode, will be that of Maestro Beppe Vessicchio, absent last week due to a knee problem. Replaced by Maestro Adriano Pennino, the famous conductor, alongside Luciano Cannito, will continue to exercise his role at the Var, the other judging organ of the evening. The jury of professors was also present in the studio, formed by Anna Pettinelli, Stash, Rudy Zerbi, Alessandra Celentano, Veronica Peparini and Timor Steffens.

There are now three singers in the challenge, Nyv, Gaia and Giulia and two dancers, Javier and Nicolai. Just the two guys are working hard, because during the episode of tomorrow the winner of the dance category could be decreed. The vote of the public from home will also be decisive, which as in every episode of the evening, will have to decide for the elimination of one of the competitors.

Obviously for the school kids these are difficult days, full of tension and nervousness. Javier managed to earn a place in the semifinals but had an emotional breakdown during the week.

By venting with Giuliano Peparini, he confessed that he was very tired psychologically and that with Nicolai, who seemed to have buried the hatchet, in reality the relationship has not improved at all. Even the singers are going through complicated days, between exhausting rehearsals and nerves, but it's part of the game. Who will win the coveted victory among the kids?