Friends 2020, Kika stays in the school. And it is a clash between Rudy Zerbi and Pettinelli 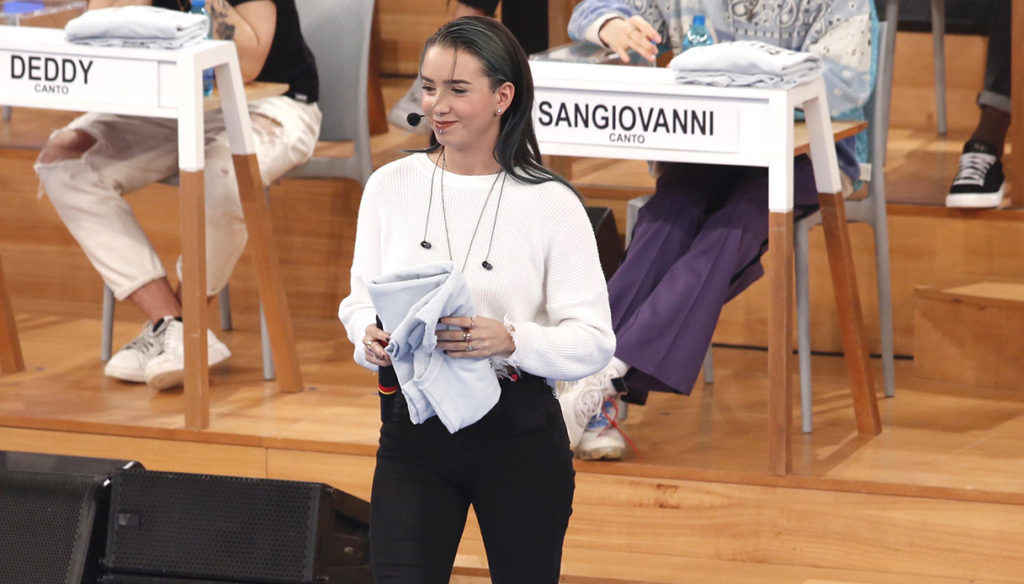 New episode for "Amici" by Maria De Filippi: Kika has managed to stay in the school while the clash between Zerbi and Pettinelli

New challenges for the friends of Amici, who again this week had to prove that they deserve their desk in the school and therefore the presence in the talent loved by the Canale 5 audience.

As in the last episode, Lorella Cuccarini and Alessandra Celentano exchanged vitriolic jokes about Rosa, who once again was the subject of discussion between the two dance teachers. Celentano, who disagrees with the dancer's stay in the school, has had to complain about her performance, lacking technique as always and full of defects.

Cuccarini did not agree, but, convinced by her pupil, she confirmed Rosa's jersey. Last Saturday the public had to say goodbye to Giulio (Arisa's pupil) who lost the match against Deddy, the new singer who joined Rudy Zerbi's team.

Obviously, there was no shortage of challenges this week too: Anna Pettinelli in fact questioned Kika's desk, to let the singer Giulia, in her opinion, more in tune and less scholastic than the student already in school. This statement has sparked a heated confrontation both with Arisa, who follows the singer, and with Rudy Zerbi.

The debate broke out precisely because of the word "scholastic", which ignited the souls of the two teachers. Pettinelli, after the tone of the discussion has risen particularly, wanted to cut it short, stating: "Nobody wants to listen to a discussion between old people fighting over a word!".

Judging the performances of the two girls was the musician and producer Alex Braga, who considered Kika's performances more exciting than Giulia's, allowing her to stay in Amici's school: “Technique is not everything. Often the word perfection rhymes with artefaction ”.

The controversy between Anna Pettinelli and Zerbi continued during the episode, in particular immediately after the performance of Leonardo Lamacchia. The singer, who during the week had received compliments from Michele Canova, this time convinced Pettinelli.

Rudy then, underlining that Anna had not appreciated Leonardo until now, felt that this sudden change of opinion was influenced precisely by Canova's appreciation, considering it a "great lick of c ** o". Pettinelli replied promptly, replying: “Don't allow yourself to put words in my mouth that I have never said”.

Arianna's shirt, on the other hand, is still pending because Rudy has not noticed any growth or maturity in the singer, giving her another opportunity.

Barbara Catucci
7140 posts
Previous Post
Amici 2020, the best and the worst of the week, from 30 November to 5 December
Next Post
Very true, Iva Zanicchi tells of the pain of the loss of her brother Antonio