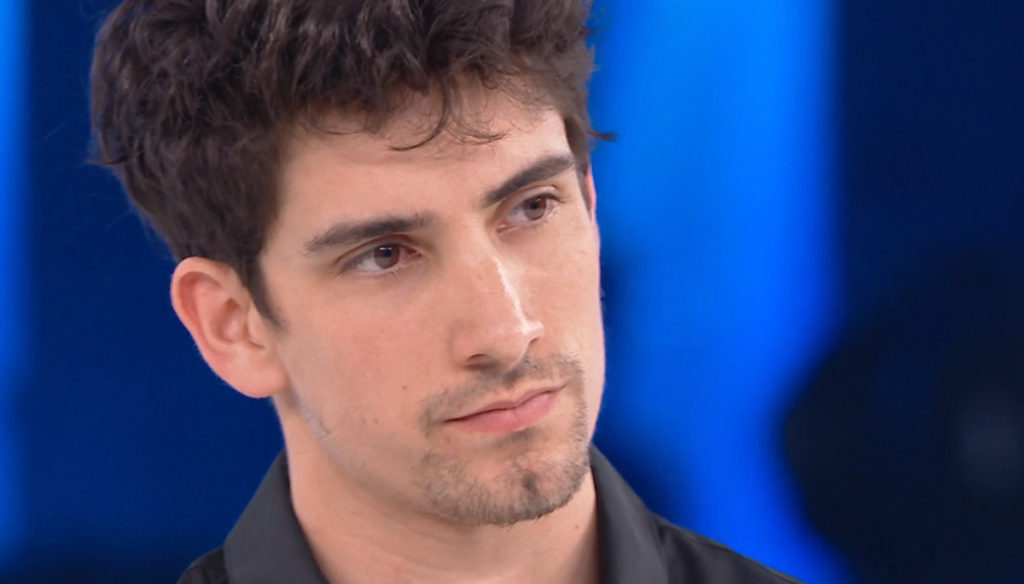 Javier, after taking a place in the semifinal, had a crisis and is questioning his chance of winning

Javier Rojas is certainly one of the most talked about protagonists of Amici di Maria De Filippi. Of great talent, he never backed away from clashes and controversies and was never afraid to express his point of view. Now, however, the dancer seems to have a real failure.

In the last episode of Amici, Javier managed to obtain several satisfactions. Not only did he manage to earn a place in the semifinal, but he won the esteem of Vanessa Incontrada, often critical of him. Thanks to Maria De Filippi, moreover, he reconciled, at least momentarily, with his opponent Nicolai. No one, therefore, could have expected his failure.

Javier, however, confessed to Giuliano Peparini, who immediately noticed his state of mind, and admitted that something is wrong:

I am psychologically tired. I don't rest at night, I don't rest well. I wake up tired. I think all the time. It's a situation I don't like.

To contribute to his feeling of malaise also Nicolai, who has finally returned to share the house with the other students and with whom Javier seemed to have found a respite. Their relationship, however, is far from improved:

I am very tired of Nicolai. His attitude is all fake. He says, "We are friends."

Javier, therefore, a few days after the semifinal, feels that his path is facing a setback. Is he thinking of quitting the program, this time really? Or is it just a moment of passing crisis? His words do not bode well:

I don't feel like it, I feel lost. I am sad and tired, tired of everything. I'm not here to be first or second. I'm here to win. So I can't win, I don't think I can win.

On the other hand, however, Javier has always shown great determination and the desire to win. He stubbornly worked and studied continuously to overcome his limits and also conquer the hearts of the most critical people, such as Vanessa Incontrada, who from the beginning admitted not to feel emotions during the dancer's performances despite his skill. The last challenge with Nicolai is less and less missing: will Javier manage to regain his strength and make his dream come true?

Barbara Catucci
12137 posts
Previous Post
Carlo isolated from Camilla: he spoke with his sons William and Harry after the diagnosis
Next Post
Who was Detto Mariano, composer for Mina, Celentano and Battisti
You must be logged in to post a comment.
Menu