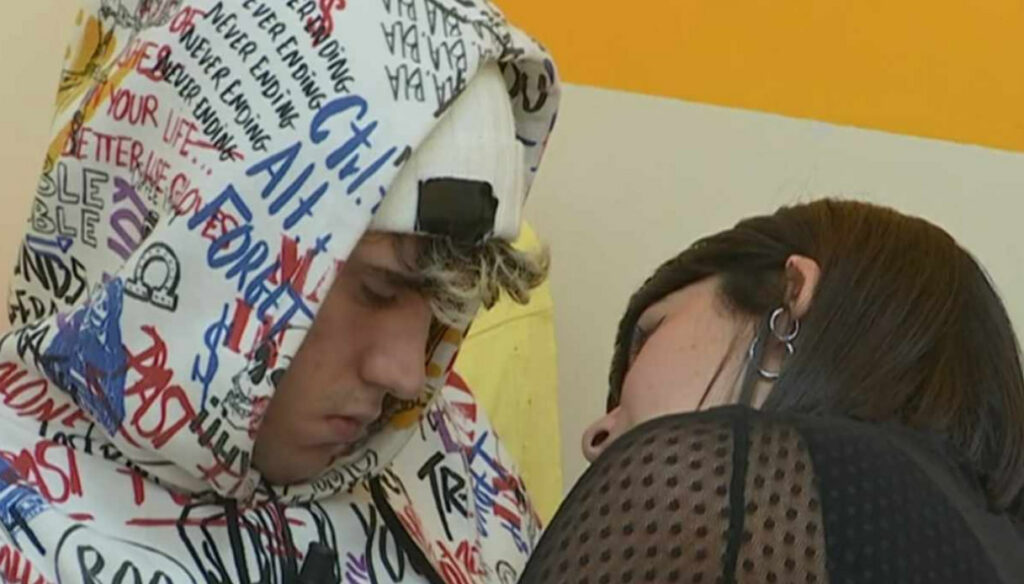 After a new push and pull with Martina, Aka7even has announced the will to leave "Amici".

Aka7even could leave Amici 2021 after yet another quarrel with Martina. The singer and the dancer are experiencing a mixed love story, marked by farewells, quarrels and reconciliations. On the occasion of Valentine's Day, a new clash was born between the two and the artist from Yellow broke down in tears.

For the feast of lovers, Aka7even wanted to give Martina tickets for the Ultimo concert and a romantic message. His gesture, however, was not appreciated by the dancer. “He wrote me that damn card for Valentine's Day – the girl explained to her friends -. I told him the ticket is beautiful but no. Because the ticket said that tonight he would order tickets for the Ultimo concert in June. He was already thinking about the outside, when in here you have to think about the path from here inside. Live the story in here. These planned things make me anxious, I can't breathe. It is obvious that I tell you no ”.

Aka7even instead vented with Sangiovanni, expressing all his disappointment for the behavior of Martina, who appeared cold and distant. "In my opinion you have to start eliminating a few things and you already know which one is the first – said the singer to his friend -. If you remember, the first few weeks in here, you lived well. You were with everyone, you were always sunny. Now you are no longer with anyone and you feel bad. Maybe you miss that a little too, you miss being with others ".

Aka, however, did not react well and revealed that he could leave the Amici 2021 school by the end of the week. His path in the Maria De Filippi show could end due to tensions with Martina. Leonardo and Sangiovanni tried to convince him to stay and live this adventure without thinking too much about the relationship with the dancer.

Informed by the other Amici competitors of Aka7even's doubts, Martina finally decided to clarify with him. “These arguments make me turn the hell, but what are we talking about? – he said – 4 years of trying to enter here and now you have to decide whether to leave or stay? If you put me aside, nobody dies. Learn to like yourself. You talk to others, but you should talk to yourself too. Are you still thinking of leaving? ". The boy's response was immediate: "Less than before".