Friends 2021, new couple in school: it's love between Deddy and Rosa 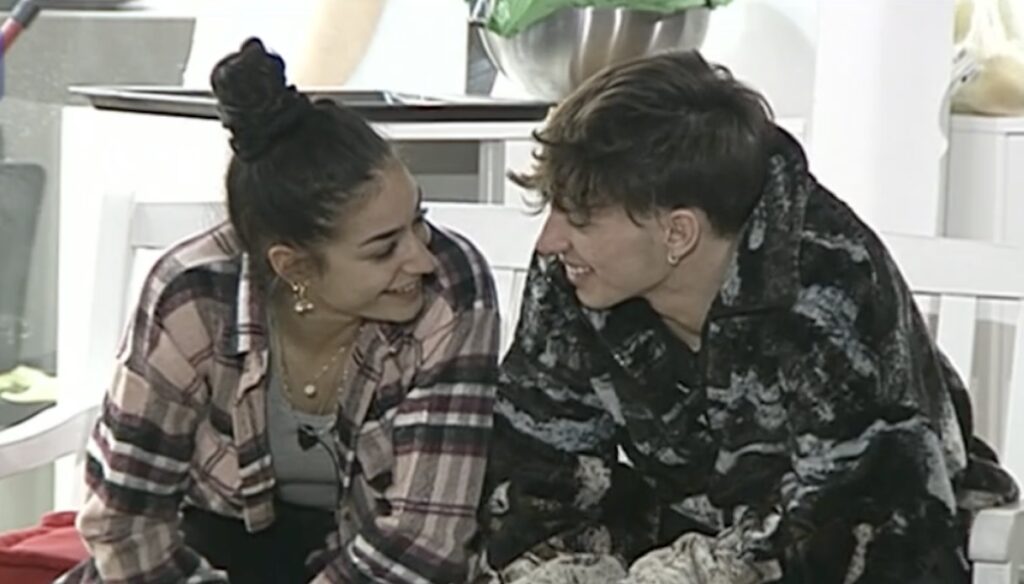 The twentieth edition of "Amici" seems to be full of love: a new story is born between Deddy and Rosa

The twentieth edition of Maria De Filippi's program seems to be full of love: in fact, new stories continue to be born among the benches of the Amici school. The kids, more and more busy with training, tests and challenges and more determined than ever to keep their place in the broadcast, can't help but deal with their feelings.

After the tender love story of Giulia and Sangiovanni, and the tormented relationship of Martina and Aka7even, a new love has blossomed, the one between Deddy and Rosa. In recent weeks the singer and the dancer have come closer and closer and between cuddling on the sofa in moments of relaxation and a few caresses, the first kisses have taken place.

At the same time, however, with the beginning of a new story, the first insecurities also arrived: "I can't risk getting out of here loving a person I can't see anymore", confessed Deddy to the dancer, "that's why I want you understand and do not get infatuated by the context ".

In fact, the singer is convinced that Rosa's feelings can be influenced by the context, but the girl does not accept the situation. So, after a few tears and a small misunderstanding, the calm returned immediately between the two: the next day, in fact, the boys began to exchange tender effusions and complicit and loving glances in the corridors between one test and another.

"I'm really lost", confessed the singer to Rosa, who promptly replied: "Me too". And among the cuddles the ballerina also missed a compliment to the boy "What a beautiful boyfriend …" he said, immediately adding "I love you very much".

But if the young woman immediately made clear her feelings for her schoolmate, Deddy, on the other hand, did not want to overreact, preferring to joke about the thing: "Do you … want to go and smoke a cigarette?". Rosa did not like the answer and replied "You are bad".

In the meantime, there could be clouds on the horizon for the dancer: Alessandra Celentano has in fact asked for a bench for a new dancer, Serena, who could challenge Rosa or Martina. The girl, who specializes in modern dance, has already won three green lights, but the dance teacher would like an extra bench for her. Will she be satisfied with the production or will someone come out of school?

Barbara Catucci
7937 posts
Previous Post
Nek, the accident and the scars: his message of rebirth
Next Post
Nail art and romantic nails for Valentine's Day