Friends 2021, Serena and Samuele in crisis: three things that (perhaps) you missed this week 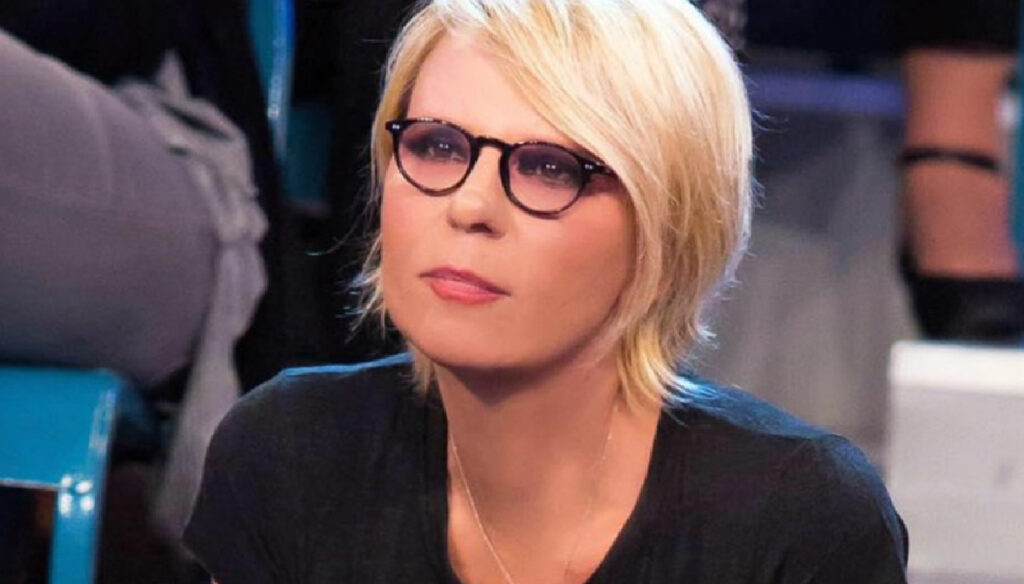 Amici 2021, Serena's confidences, Samuele's crisis and the races with Gerry Scotti and Kledi Kadiu: what happened in the week from 19 to 24 April

The fifth episode of the evening is upon us and the students feel more stress from the hard work they are subjected to. The gauntlets destabilize the boys but some of them feel more the weight of criticism and the responsibility of performing on such an important stage. The dancer Serena, prodded by Maria, confides in her stormy past while Samuele goes into crisis for the choreography to be performed. Two special guests, Gerry Scotti and Kledi Kadiu, judge the performances of the boys, respectively for singing and dancing. Sangiovanni and Giulia reconfirm themselves as the favorites of this edition of the talent.

Serena – In the episode of April 19, the dancer Serena confides in Maria, talking about some very personal events from her past that do not allow her to shake off her insecurities. The girl reveals to the presenter that she is constantly afraid of not being accepted, of disliking others and of being ridiculous while dancing. Serena has been carrying the weight of these fears with her since she was a young girl; when she attended dance school she was bullied by her classmates who broke her personal belongings and insulted her saying she was fat. The dancer felt constantly threatened and inadequate so that for a period of her life, she stopped eating or secretly vomited in the bathroom. To help her get out of the vortex of these frailties was her dance teacher; at first, Serena couldn't even complete a lesson because as soon as she looked in the mirror, she burst into tears. De Filippi, with the empathy that distinguishes her, manages to snatch a few smiles from Serena, during the conversation, asking her to tell something about her beautiful love story with her boyfriend Alessio. The Celentano pupil showed a lot of courage, getting naked in front of the cameras and, despite all her difficulties, she never pulled back from a challenge. VOTE: 10

SAMUELE – The Celentano teacher delivers a gauntlet starring Samuele and Serena, in a modern choreography. The teacher believes that the time has come for the dancer to try his hand at a style different from his own to show his versatility. The proposed song is Somebody to love by Queen. Samuele, however, finds himself in disagreement with Professor Alessandra because he believes that the challenge is not constructive for him, as it is far from his artistic path. Peparini supports the considerations of her student and intends to evaluate whether or not it is appropriate to accept the glove. But it's not just the challenge that upsets Samuel; the young talent had exceptionally asked Maria to stage one of her choreography, inspired by Van Gogh. expectation of bringing on stage such an important number for him. De Filippi arrives to his rescue and tries to understand the reasons behind his constant search for perfection. The presenter invites Samuele to let himself go and to follow his instinctive part and not just the rational one. Despite being one of the best students in the school, Samuele tends to go into crisis when he leaves his comfort zone and, in general, does not contemplate any margin for error in his performances. The boy shows that he is too rigid and demanding with himself but, after all, every true artist is never satisfied and always aspires to pull the best of himself. VOTE: 8

THE SINGING COMPETITION – In the episode of 21 April, Maria summons the singers to the studio for a surprise competition. To evaluate their performances there is an exceptional guest: Gerry Scotti. The guys are very excited to perform in front of the well-known conductor who began his career in radio and conducted various music programs. Gerry puts all students at ease with his sense of humor and his sympathy. The first to perform is Aka7even with his unpublished summer rhythm Loca, followed by Raffaele with a tribute to his homeland, Focu Meu and Tancredi with the melancholy piece Laws of the Universe. The competition ends with Deddy's romance in the song La prima estate con te and with Sangiovanni presenting his latest work, Hype. The ranking drawn up by Scotti sees Tancredi last, Raffaele fourth, Deddy third, Aka7even second and Sangiovanni first. Tancredi appears disappointed with the result, Aka7even is very satisfied with the second position and Sangiovanni reconfirms himself as a champion, earning pole position once again. VOTE: 8

THE DANCE COMPETITION – Even the dancers, in the episode of April 22, undergo a special competition, judged by Kledi Kadiu. For the winner of the contest there is a special prize: a performance in the presence of a dance icon, Carla Fracci, during an event organized in her honor. The competition opens with the performance of Samuele dancing to the notes of Keep the kiss, followed by Serena with the neoclassical solo New York New York, Alessandro with Don Quixote, and Giulia with I'm Kissing You, inspired by Romeo and Juliet . Kledi dispenses very useful advice to the boys, in particular he focuses on Serena and Giulia. In his opinion, both must work on emotions: the first because he is unable to express himself fully while dancing, focusing too much on technique, the second, on the contrary, shows great communication skills in dance but not in verbal expression. The ranking drawn up by Kadiu places Serena in last place, Alessandro in third, Samuele in second and Giulia in first. The opinion expressed by the expert throws Serena into despair and surprises Giulia. Alessandro, on the other hand, despite having performed a very complex choreography to perfection, is not valued and, as in previous races, he cannot go beyond the third position. Cuccarini's pupil showed great versatility and an authentic love for dance during his stay in the school, but it does not emerge what it deserves, overshadowed by Samuele's creative flair and Giulia's enthralling energy. VOTE: 6