Friends 2021: the Tancred crisis, the party for Aka7even and three things you may have missed this week 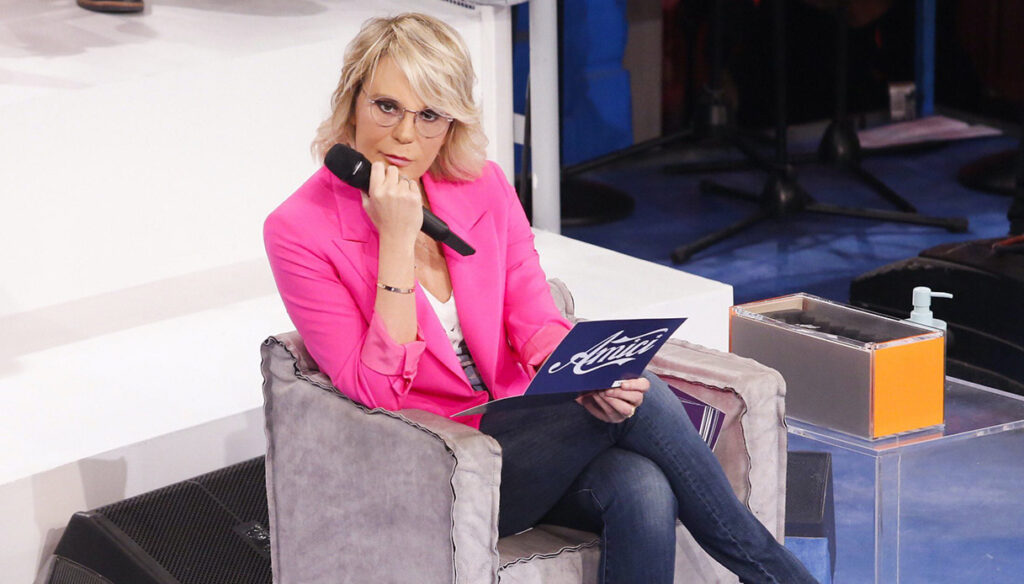 Amici 2021, week from April 26 to May 1: the evening is in its crucial phase and the boys show signs of abating. A televoting overturns the cards.

The tight grip of the approaching ending grips the boys, bringing to the surface insecurities, fragility and immaturity. Tancredi does not accept the legitimate gauntlet launched by Pettinelli against Aka7even while Sangiovanni and Samuele prove to be too sensitive and few inclined to unfavorable judgments. Despite the growing tension, the students carve out a space for lightheartedness, organizing a party for Aka's gold record. Giulia reconfirms herself as the public's favorite but perhaps the time has come for her to get serious.

Tancredi – In the episode of April 26th, Anna Pettinelli throws a gauntlet between her pupil Aka7even and Tancredi. The test consists in the performance of an a cappella piece, the famous Hallelujah in the version of Pentatonix. The teacher rightly believes that a true singer must demonstrate that he can interpret any song and have mastery of the tempo and rhythm of a song. Tancredi enters into crisis with this challenge, as he believes that it is not in line with his artistic path. The student therefore asks for the support of his prof Arisa who advises him to rehearse the piece to see if it is appropriate to bring it on stage or cancel it. In the rehearsal room, however, the boy immediately becomes impatient and decides not to continue the lesson. His behavior demonstrates his immaturity, not just artistic; every pupil, especially in this decisive phase of the evening, is required to get involved completely, facing even the most difficult challenges. Furthermore, vocality and the sense of time cannot be considered an optional gift in a singer. VOTE: 4.

Aka7even – The young talent has reached an important milestone, winning the gold record for Mi Manchi. In the house, the boys organize a party to celebrate his first success. Aka7even is one of the most complete and versatile artists in the talent and although the judges have awarded him only one point so far during the evening, he has never let go, engaging in the study and giving his best on stage. In the episode of April 27, Maria surprisingly opens a televoting, thanks to which Aka7even unexpectedly wins first place with her unpublished Loca. The ranking leaves Sangiovanni speechless who, since the beginning of the program, has always been at the top of every ranking. Aka7even with his humility and perseverance, despite the many insecurities, managed to convince the most severe judge of all: the public. VOTE: 8

Sangiovanni – The eighteen year old singer is, without a doubt, the real discovery of this edition of Amici. Loved by judges and experts, Sangiovanni has never missed a shot so far, winning at every challenge. His writing prowess, his style and his scenic mastery set him apart from his peers. However, the boy on more than one occasion has taken on an arrogant and superb attitude. During the week, when Maria revealed the positions of the televoting that see him third, after Aka7even and Deddy, Sangiovanni had a childish reaction between tears and tears, isolating himself and experiencing the results of the ranking as a defeat. Rudy's pupil has never hidden his unbridled ambition and his competitiveness but, of course, he cannot expect to always win and be the first, in every situation. Perhaps a little humility and a refreshing bath of reality, every now and then, wouldn't hurt. An artist, especially a budding artist, cannot rest on his laurels because success, as we know, is fleeting. Who knows, maybe as Sangiovanni grows up he will realize that the road is always uphill and you should never take anything for granted. VOTE: 5

Samuele – Peparini's pupil is the spearhead of the talent. His innate talent for creating extremely intimate and personal choreography impressed teachers and judges. However, during the evening, the dancer has always performed flanked by Giulia who, more than being a support to him, obscured him on stage. In the episode of April 26, Prof Cuccarini throws a gauntlet between Alessandro and Samuele, on a Broadway-style choreography with top hat and cane. Lorella believes that, at this point in the evening, it is right for students to explore new languages ​​and challenge themselves to demonstrate their versatility. Samuele shows his disagreement with the teacher of the opposing team because he believes that such a choreography does not highlight its peculiarities. Until now, the dancer has always had the opportunity to express himself in his style, to the detriment of other students such as Serena and Alessandro who have tried their hand at all kinds of dance. The boy's disappointment shows his lack of flexibility and little respect for his companions who have never backed down in the face of difficulties. His perfectionism and his reluctance to get involved in a talent that includes challenges, does not speak in his favor. When Maria revealed the results of the televoting called for the dancers and Samuele learned that he had finished last, the student showed all his susceptibility to the evaluation of the public. VOTE: 5.

Giulia – The dancer is clearly the favorite of the public, the judges and De Filippi herself. Her charisma, her energy and her childish purity have made a dent in everyone's hearts, so much so that this week's televoting places her at the top of the rankings, with a much higher percentage than the other dancers. On the other hand, the girl has never been tested like her colleagues who have prepared an innumerable series of challenges. Giulia remained in her comfort zone, performing choreographies sewn on her, without ever taking risks. Peparini has always had a protective attitude towards her pupil who certainly spurred her to be safe on stage but which did not help her to grow further in her artistic career. In addition, the excessive time spent in daytime with Giulia, in spite of the other guys, could have an inverse effect on the audience. No one has ever liked favoritism. The defensive bubble in which Maria and the teachers have trapped Giulia, to protect her from criticism and difficulties, could be counterproductive, if not harmful. After all, every caterpillar to become a butterfly must come out of its comfortable cocoon. VOTE: 6.