From anorexia to fitness: Antonia's absurd story on Instagram 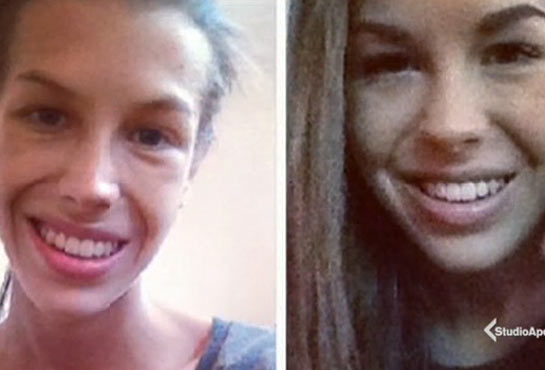 Antonia is thin. Very thin, when she enters the hospital and begins her journey. It weighed just 38 kilograms then, if you can allude to that past by enclosing in a number that atrocious disease that struck you like other girls. Little girls, in some circumstances.

Antonia makes Erikkson by surname and today we know her human story through Instagram, the social network through which she documented an articulated and paradoxical path that portrays her first skeletal, imprisoned by anorexia in a body that is her own, and then taught fitness .

This young woman has chosen to post photos, selfies or not, which in sequence reproduce the care and transformation of Antonia and her physique while regaining tonicity and health.

In one year this eighteen-year-old has regained weight, has recovered, changed the name of her account from @fightinganorexia (fighting anorexia) to @eatmoveimprove: a replica on the opposite front to what is aberrant, obscene, can be documented and that exists on the Web through simple searches with the topic of anorexia, bulimia, eating disorders or, to make you uncomfortable and disturbing some practices, social networks. Even the same platform that Erikkson used.

Try to insert #anorexia as a hashtag on Twitter, for example, and observe the results: among these, these hateful and praising contents fasting, the annoying nicknames used by teenagers, the obsession with the balance and cultural models (not only image) that alter the sense of reality and the scale of values ​​that should be internalized.

Antonia admitted by publishing that anorexia was killing her: her organs were about to give way when she was hospitalized. She succumbed to the enticements of appearance, in an absurd inversion of meanings post shots that portray her fit to testify that that ambition, that exhibitionism can conceal reasons still present of torture, because denying food and resources is a torture that pretends to resemble to a discipline.

An imposition that teaches you to love and take care of your body, but which has nothing healthy as Antonia tells us in her own way.