From Brussels sprouts a natural help to get rid of toxins 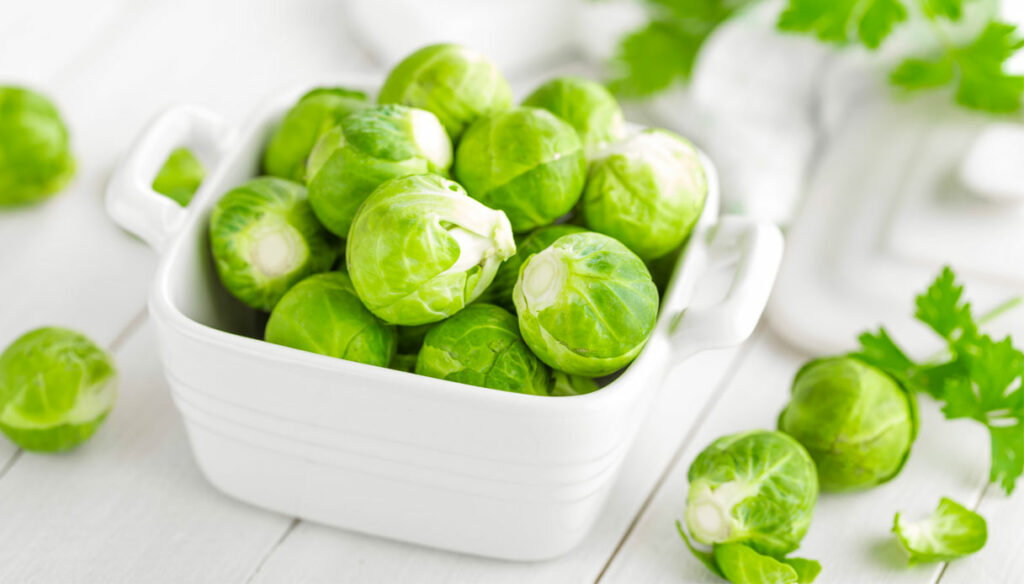 They contain fiber, valuable for the gut, and have long been under the scrutiny of scientists: their glucosinated compounds can help prevent some forms of cancer

Originally from Belgium, from which they take their name, but also cultivated in France, Holland and England (however in the countries of Northern Europe, since they prefer a cold climate), with their 53 Kcal per 100 g of raw food, Brussels sprouts they have very interesting nutritional characteristics, like all the other vegetables belonging to the vast family of Cruciferae.

In Italy, the best known varieties are Mezzo nano, Perfection, Westlandia and Anagor and are available on the market from October to March.

As can be seen from the food composition list, Brussels sprouts are an excellent source of vitamin C, useful for the correct functionality of the immune system and of vitamin A which, like all carotenoids, plays a fundamental role in the correct functioning of the skin and mucous membranes and in the protection of eyesight.

Due to their antioxidant characteristics, together with the presence of glucosinated compounds, they are considered by the scientific community as protective foods, especially in the formation of some tumors of the gastrointestinal tract. Glucosinolates are also responsible for their characteristic smell that is perceived during cooking, due to the sulfur contained in them. These substances are transformed by the enzyme myrosinase into isothiocyanates and indoles, the two molecules responsible for the protective action.

They are useful for the intestine thanks to their supply of fibers, which make them an excellent remedy to stimulate slowed intestinal transit in people suffering from constipation and also contribute to having a prebiotic effect, i.e. able to positively select the microorganisms that inhabit the intestine.

Very rich in potassium, however, they are a little less diuretic than their “brothers” cabbages, perhaps due to the presence of chlorophyll.

Finally, they also contain vitamin K (one serving provides about double the daily requirement) and manganese.

Brussels sprouts are sources of goitrogens. People with thyroid disease should consult with their doctor before taking.

Among the vegetables belonging to the vast family of Cruciferae, Brussels sprouts are among those most appreciated by children, probably because they have a less aggressive taste and smell, so much so that they have a vaguely sweet taste. Due to the leathery stroma compared to other vegetables, it is preferable, however, to consume them cooked as a condiment for pasta, rice or legumes, or proposed as side dishes, being careful to cut them into small pieces and chew them as much as possible to favor the encounter with glucosinolates.

The recommended cooking methods are fast and not very aggressive, as in the steamed sprouts recipe, in order not to disperse the substances contained in them.

Among the most valid preparations from the point of view of nutritional characteristics, Brussels sprouts with chestnuts certainly appear: not a simple side dish, but a real single dish capable of conquering all palates.

Gracious, inviting and tasty, the browned Brussels sprouts are prepared in just over half an hour and are a suitable side dish to accompany any dish.

Those who love them with pasta can try Bucatini with Brussels sprouts, in which the vegetables are browned together with escarole leaves, sliced ​​peppers and white wine.

Also excellent with prawns for their very simple preparation and suitable for any type of occasion, more or less formal, or with eggs as they are eaten in Belgium, served together with a sauce of ham, onion, butter and flour.

Soup lovers can delight in a Brussels sprout cream, a vegetable soup prepared with potato, onion and Parmesan, excellent in winter. Thanks to its delicacy and lightness, it goes well with any occasion and is ideal both for a light dinner and as a prelude to a more substantial second course.

Maria Teolis
3548 posts
Previous Post
Chiara Ferragni, curiosity from the series: Fedez wanted to call his daughter Nirvana
Next Post
Stefano De Martino, when he was the shadow of Belen: the confession