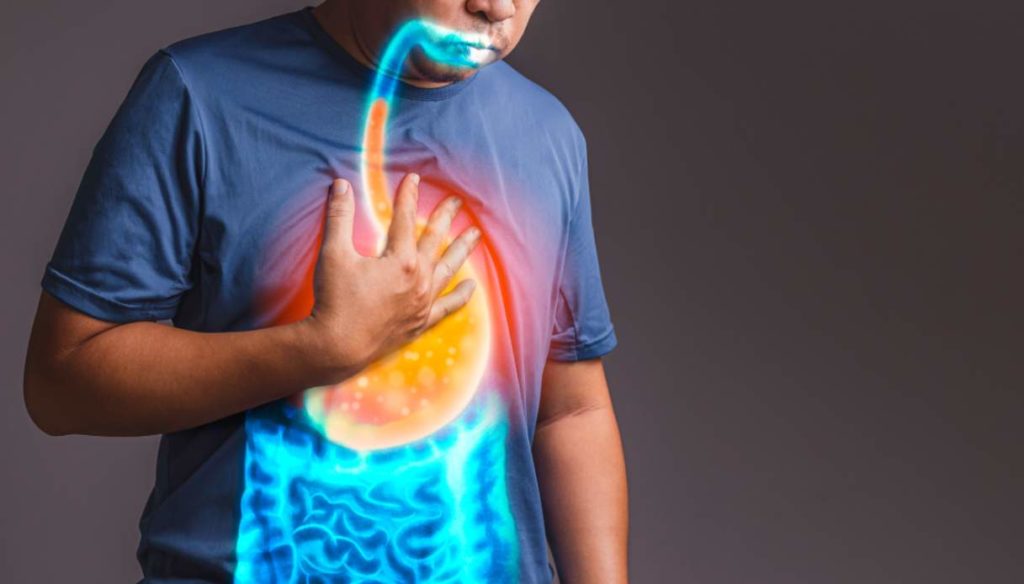 Acidity, digestive difficulties, those who have never suffered from it at least once in their life. Let's see what it is and how to treat these disorders

Sometimes it is just a disorder, other times it can become a real disease: it is defined as gastroesophageal reflux disease. This phenomenon occurs when gastric juices pass from the stomach to the esophagus and come into contact with its wall resulting in burning even behind the breastbone and a sensation of acidity in the throat. Generally it is a physiological reaction, especially after eating, but if this effect exceeds a certain threshold for frequency and especially lasts for a long time, the disorder is no longer just such but must be faced as a disease, because complications could occur, such as erosions of the mucosa stomach, ulcers, narrowing of the esophagus, esophagitis.

The frequency of these typical symptoms can occur intermittently, perhaps upon awakening, or after meals, often at night from midnight to 3 am. Even the position of lying down or bent forward facilitates the rising of acidity. Alongside the typical symptoms, so-called atypical symptoms may also occur:

The causes attributable to reflux are of different nature: food, anatomical, functional, hormonal and pharmacological. There is also a "mechanical", physical aspect linked to how the passage between the stomach and the esophagus works: there is a valve, or rather a sphincter, which contracts and releases when food and drink passes and which acts as an anti-reflux barrier. The pressure exerted on this portion changes in the various time slots and can also be influenced by different hormonal conditions, by the active ingredients of drugs that are used and therefore dilate even when you are not eating, letting gastric juices pass through.

Can we prevent reflux? It is partly with food, avoiding introjecting the so-called "reflux" such as coffee, milk chocolate, tomato, citrus, mint, fried foods. It is also essential to pay attention to food combinations: do not combine proteins and carbohydrates, as digestion would take longer, tomatoes and cheeses can cause acidity. It is best to consume fruit between meals. Drinking plenty of water during a meal can often cause reflux. The general indication is therefore not to mix sugars with proteins, not to abuse nerve substances such as coffee or tea, not to use carbonated drinks. For more specific advice, it is good to consult a food professional who will be able to give you personalized information.

We can help ourselves with natural remedies designed to protect the stomach from excess acidity and to stop the eventual rise of the same towards the esophagus, let's see some:

The emblica or amla produces fruits used in phytotherapy for the production of dry extracts. They are rich in vitamin C, B vitamins, tannins, flavonoids and polyphenols. Among the various properties expressed by the emblica is that of quelling hyperacidity, for the benefit of any eventual heartburn and ulcer. It is useful in case of hiatal hernia, digestive difficulties, gastritis.

Lentisk Resin or Chios mastic is a chewable remedy suitable for those suffering from gastroesophageal reflux, stomach acid from hiatal hernia. The properties of Lentisk are expressed thanks to its triterpene components, anthocyanins. It is capable of carrying out an antibacterial and protective action at the gastric level. It works very well in the case of a peptic ulcer, since its resin seems to be able to morphologically modify the Helicobacter Pylori bacterium by reducing and weakening it. The mastic acts as an anti-inflammatory for the entire gastrointestinal tract and is a valid support for drug therapy in case of Chron's disease.

The roots and leaves of this precious plant are used for phytotherapeutic preparations. Altea has the characteristic of being rich in mucilage, such as mallow, starch, flavonoids and amino acids. The anti-inflammatory and emollient properties help the digestive physiological function of the stomach, even on a psychosomatic level, in the digestion of situations that we do not like. It is indicated in case of gastritis, esophagitis pharyngitis, dry cough, colitis.

Maria Teolis
2923 posts
Previous Post
Who was Stacy Title, American director and screenwriter
Next Post
Mariotto out of the Masked Singer: Milly Carlucci explains why