Gazpacho, what a passion! You purify and refresh your body 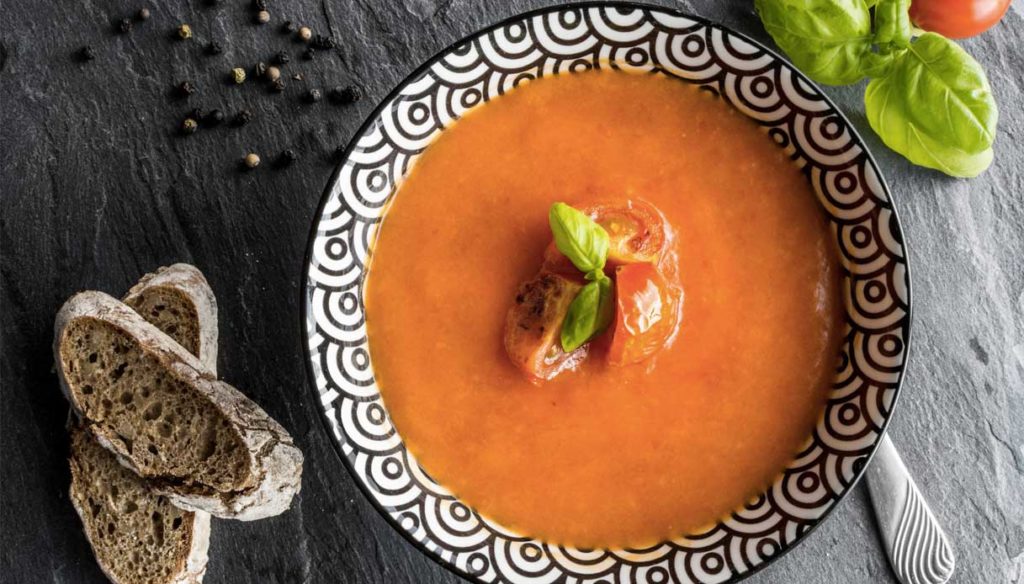 The tomato based one is the best known. But there are many variations. Properties and recipes of the coolest dish of the summer

Good, fresh, colorful and above all rich in beneficial substances. Gazpacho is a traditional soup of Spanish cuisine, especially in Andalusia, where it is eaten with seasonal vegetables and toasted bread in an earthenware bowl, as this retains the flavors better. The king of the dish is the tomato, which in summer reaches its maximum beneficial properties for the body.

This typical vegetable of Mediterranean countries is in fact a real concentrate of lycopene, a component found only in tomatoes, which is not only one of the most important carotenoids present in the blood plasma, but is also the one that deactivates singlet oxygen. An action confirmed by numerous scientific researches that have shown that regular consumption of tomatoes has a protective effect against some forms of cancer and cardiovascular diseases. In particular, all biochemical investigations have shown a direct relationship between lycopene and low cancer risk.

Thanks to the content of malic acid, arabic acid and lactic acid, moreover, the tomato facilitates digestion and regenerates the tissues. A food that is also an ally of the liver, especially if eaten raw as in gazpacho, since thanks to the presence of vitamin C it stimulates the hepatocyte.

Making a tasty gazpacho, to be sipped on hot summer evenings to fight the heat, is very simple because it is a dish that does not require cooking and can be enriched with numerous ingredients, giving life to countless variations. A tasty alternative to enjoy a soup based on this food other than the classic tomato cream.

Pour the peeled tomatoes, green peppers, onions, cucumbers, clove of garlic, vinegar, salt, extra virgin olive oil and ice cubes into a blender and blend until a thick and smooth cream is obtained. . Refrigerate for at least one hour. Serve cold, garnished with pieces of toast and diced vegetables.

In a blender, blend the watermelon with the onion, garlic and cucumbers until you get a creamy mixture and add the bread softened with a little water. If desired, add 1 tablespoon of crushed ice and, after letting it cool for at least an hour in the fridge, serve with the celery stalk, seasoned with gomasio and pepper, and for those who wish, with a few drops of Tabasco. Garnish with 2 mint leaves.

For a single dish, you can enrich the watermelon gazpacho with fish or shellfish. Toast in the oven some slices of rye bread cut into slices and season with oil, oregano and a light sauce of garlic. Blanch the prawns (whole, with head and shell) for 2 minutes in boiling water and then keep them for 1 minute in water and ice, then serve them on the cold gazpacho.

Maria Teolis
3544 posts
Previous Post
Luciano Pavarotti, Nicoletta Mantovani remarries: "With Alberto deep love"
Next Post
Basic look in jeans and t-shirts: because they are a must have