Gender Equality in Finland: boys and girls in sewing lessons together 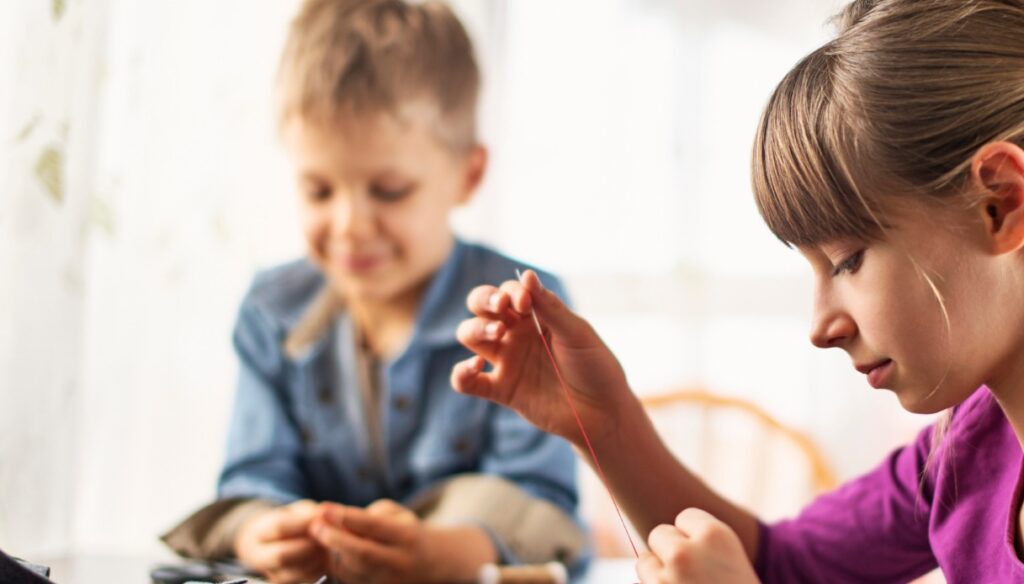 Together, boys and girls are learning to iron, sew, do laundry and fold sheets

There are no different stereotypes, rights and duties, there are no positions that women cannot hold, nor things intended only for men. Or so it should be. Gender equality is a serious matter that passes through battles, movements and protests that have been perpetuated over the centuries and that has not yet fully reached its totality.

Men and women must have the same rights and the same duties and to get to this point it is necessary that the new generations grow with this awareness. And Finland is well aware of this, which has introduced home economics courses for boys and girls in elementary schools.

Together, they are learning to iron, sew and fold sheets, but also to do laundry and manage money, so that the stereotype of the woman as an angel of the hearth is undermined forever. So that the woman is no longer entrusted with the exclusive responsibility of the house and the family, so that men understand that they have the same duties as the female counterpart, and vice versa the same rights.

These lessons are for this, to teach future generations that there can be no distinctions between men and women. That it is no longer acceptable that even today, the belief that women must take care of the kitchen, cleaning and washing machines is rooted, just because patriarchal society, not too long ago, decided that it had to be like this.

But Finland, which believes in gender equality, not just in theory, has set up these home economics lessons for elementary school children with the aim of creating a balance between the sexes and teaching children that men and women have the same. rights and duties, but also resources and opportunities.

If it is therefore true that parents have a primary purpose in teaching the values ​​of future generations, it is equally true that schools have a responsibility to educate the little ones so that they are the protagonists of a revolution in the name of equality.

But Finland is not the only one. In fact, in 2019, home economics lessons for adolescents were introduced at the Vigo college to educate them on equal responsibilities. We hope that these initiatives will become exemplary and lead the way for schools around the world.