George Clooney happy with Amal, the secret of their marriage 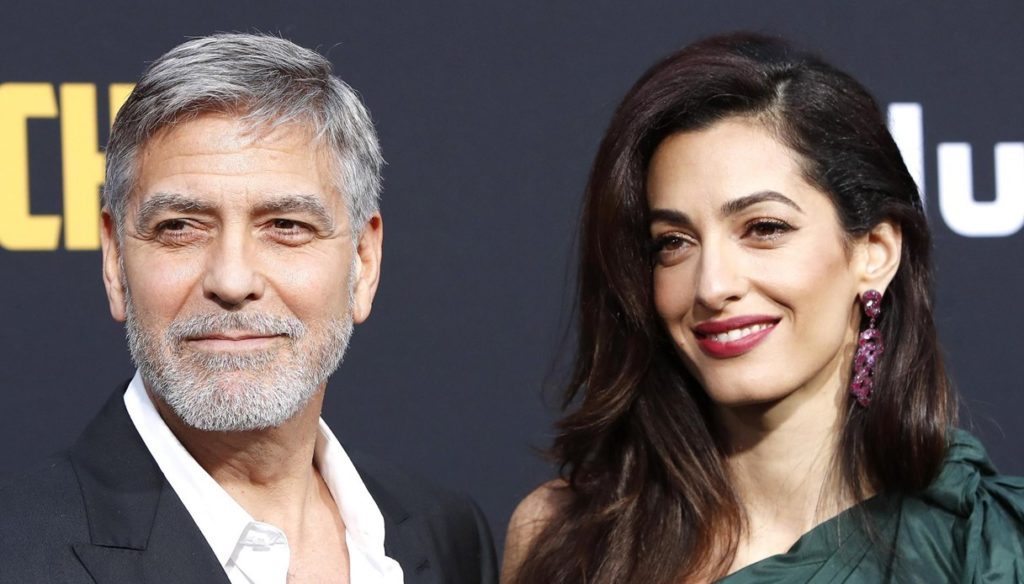 George Clooney never misses an opportunity to talk about his relationship with Amal and, this time, he has revealed the secret of their marriage

When the fateful day arrived in 2014, it seemed impossible that George Clooney, a coveted golden bachelor of Hollywood, could get married. Yet the splendid Amal has been his inseparable wife since that day, and their wedding does not seem to have even a flaw. And recently it was the actor himself who revealed the secret of their perfect marriage.

After six years together, more than a marriage the one between the two seems like a long honeymoon destined to never end, crowned by the birth of the two twins Alexander and Ella who are now 3 years old. But apparently not even the vicissitudes of parents have affected the relationship, so much so that the two, by Clooney's own admission, have never quarreled. In an interview with People, the actor confirmed what would seem really impossible: not even the "forced" coexistence due to the pandemic has made them give up a step, unlike many friends who have been put to the test.

George Clooney talks about Amal as only a man truly in love would and from every word of his you can feel how deep and solid their bond is. The actor never misses an opportunity to shout to the world how lucky he feels to have met her, also for the fact that she has accepted his marriage proposal, although the episode was nothing short of hilarious.

But it is not just love that unites Clooney and the beautiful Amal. The couple shares many interests and in particular an altruism that makes them a truly special couple. The two, in fact, are full-blown philanthropists and have contributed (and contribute) to numerous humanitarian causes. A common passion that, as Clooney himself said, strengthened their relationship by keeping them grounded. George and Amal work together for the Clooney Foundation for Justice (CFJ), with which they fight for the rights of people marginalized and persecuted by authoritarian governments, but also for those of refugees and children who have been denied a childhood.

George Clooney's words are a continuous declaration of love for Amal, the woman who made him put his head right after so many flirtations and more or less known relationships (remember the one with Elisabetta Canalis). As he said himself, as a young man he always said he didn't want to get married, didn't want to have children and was satisfied with his life. The meeting with Amal, however, made him change his mind and thanks to her he realized how empty his life was. Everything has changed since then.