George Clooney is afraid: closed at home for months with Amal 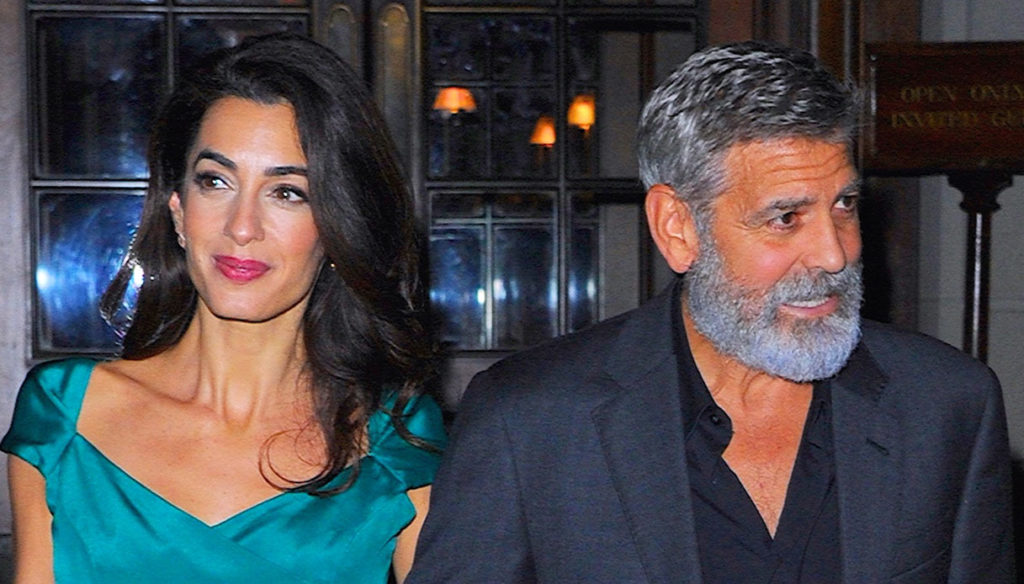 George Clooney confessed he hadn't left home for months like his wife Amal: he feared for son Alexander who suffers from asthma

George Clooney confessed that he had been locked up at home with Amal for months, since last March, and that he had only recently dated, because he feared that his asthmatic son could contract Covid.

The 59-year-old Midnight Sky star admitted that he was lucky because he has a very large mansion in Los Angeles and therefore didn't particularly mind being locked up in the house for a long time with his wife Amal and twins, Alexander and Ella.

Worried about the consequences that Covid could have on his 3-year-old son, who has asthma, George preferred to remain very cautious, leaving home only out of necessity. He revealed to Observer magazine: "This has been a crazy year for everyone, it started badly and went on as well." And he continued: “I'm lucky, I have a successful career, a huge house. We can go outside ”, evidently referring to the garden of his mansion.

Clooney is a very attentive dad who adores his children and like all caring parents he was worried about the consequences the virus could have on them, especially Alexander who has asthma. Although he appears to be less aggressive on children, the star points out, so little is known about this disease that he preferred not to take risks and be as protective as possible.

Sure, George is now busy promoting his Midnight Sky movie for which he ended up in the hospital for getting too thin too fast. But in recent months she has preferred to limit her outings to protect her children and Amal agreed.

Clooney recently pointed out how his wife changed his life and even in the darkest of times, Amal's presence kept him standing.

The couple now has only one regret: not being able to celebrate Christmas with relatives. In video link with presenter Lorraine kelly, Clooney has in fact confessed that neither he nor Amal will see the parents for the Holidays. “It's sad not to spend Christmas with our parents, but we'll make it. There is light at the bottom of the tunnel. I consider this as the last Christmas in which we have to be separated for a while. "