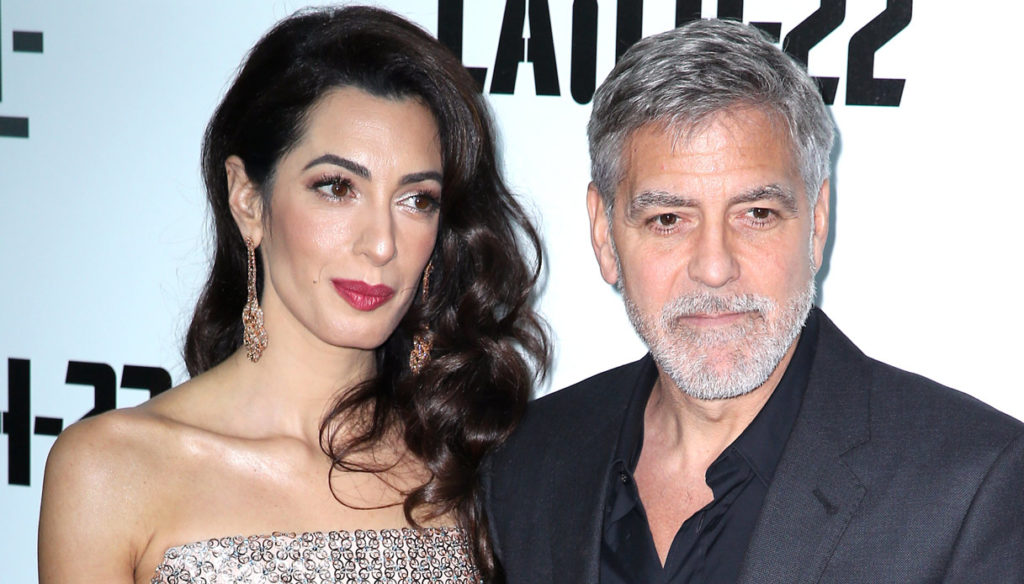 "It was a disaster for my marriage": 60-year-old George Clooney confesses the mistake he made with his wife Amal because of "E.R"

George Clooney turns 60, was born on May 6, 1961 and has revealed that he is not thrilled to have achieved this goal. But it is not the only confession. In fact, he said he made a big mistake with his wife Amal.

In a recent reunion with the stars of E.R., Clooney said it was a mistake to see the series with his wife. He even spoke of a disastrous move for his marriage relationship, due to the overly adventurous attitude of Dr Ross, the character he played. But obviously the tones of the confession are ironic.

It seems that Amal did not like Dr. Ross's levity and disapproved of his antics, asking when he would put his head right. Clooney said his better half keeps asking him: "Is that so? Are you done? Did you finally settle down with Nurse Hathaway? "It was a disaster for my marriage."

George met with the other co-stars of the series, Julianna Marguiles, Anthony Edwards, Noah Wyle and Gloria Reuben. It has been 11 years since the last episode on NBC aired. At the time, Marguiles and Clooney formed one of the most loved couples on TV, but both agree not to propose a sequel to E.R., given the high quality achieved by the series. And then Amal doesn't necessarily approve, given Dr. Ross's background.

In fact, recently Clooney found himself reviewing the old episodes in the company of his wife, a lawyer by profession, who in fact disapproved of the behavior of the character played by her husband, but allowed the Hollywood star to appreciate the work done in the past.

Despite the fatal mistake committed with his better half, he is one of the most solid and complicit VIP couples. Amal and George have twins, Ella and Alexander, and the actor revealed that he is teaching his four-year-old children to be generous. Already now they put a game aside and say: “This is for the poor”.

Barbara Catucci
8464 posts
Previous Post
Meghan Markle becomes a writer: a children's book is coming
Next Post
Sports during and after pregnancy: the study that (finally) "clears customs"