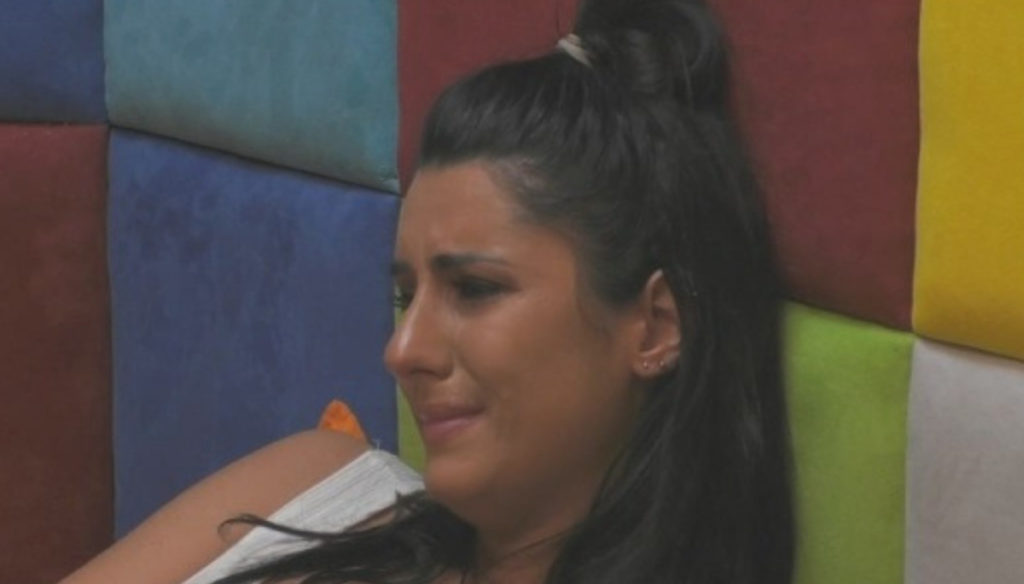 Valentina Vignali tells Big Brother for the first time about her fight against cancer, fears and courage

In the Big Brother house, Valentina Vignali talks about her illness and the long battle against malignant thyroid cancer. The basketball player discovered the pathology in 2013 and even today her fight is not over, so much so that every eight months she has to carry out specific checks.

After discovering that she had cancer, Valentina underwent an operation and underwent a radiotherapy cycle, but the metastases still remained. “My unwelcome roommate, while not leaving her neck, fell asleep – he confessed -. I am still alive despite a malignant tumor and a subsequent metastasis today asleep, but always there, at the base of the throat. I have never been afraid, I am sincere. But it is an experience that changes the way you see and face existence. "

In a moment of confidences with the other tenants of the Big Brother house, Valentina Vignali revealed: “I was operated on in 2013, I had radiotherapy and all the treatments. The thing was secret, I made it public when I was healed – he added -. I don't like being a victim or telling stories to make people anxious. Telling an experience is an intelligent thing when it is a positive example. "

Valentina is undoubtedly one of the most discussed characters of the Big Brother house, at the center of quarrels, controversies and confidences. The player found herself in the middle of a love triangle with Daniele Dal Moro and Martina Nasoni. After the farewell to Stefano Laudoni, the basketball player got engaged, but many are convinced that he has lost his head for the model.

“My boyfriend is an angel – he explained speaking with the other reality TV competitors -. I would never allow myself to disrespect him. I put myself in the shoes outside. Daniele is more with me than with her. I say to her worried because I am not looking for you. Daniele is a friend, you enjoy it, we are identical, I don't see him next to me. I respect my boyfriend, there is someone outside waiting for me. On some things I am misunderstood, sorry. If you want to come and talk to me, maximum availability ".

Barbara Catucci
11942 posts
Previous Post
Caterina Balivo, the secret of her diet for a perfect line
Next Post
Hunziker-Trussardi wedding: finally the publications!