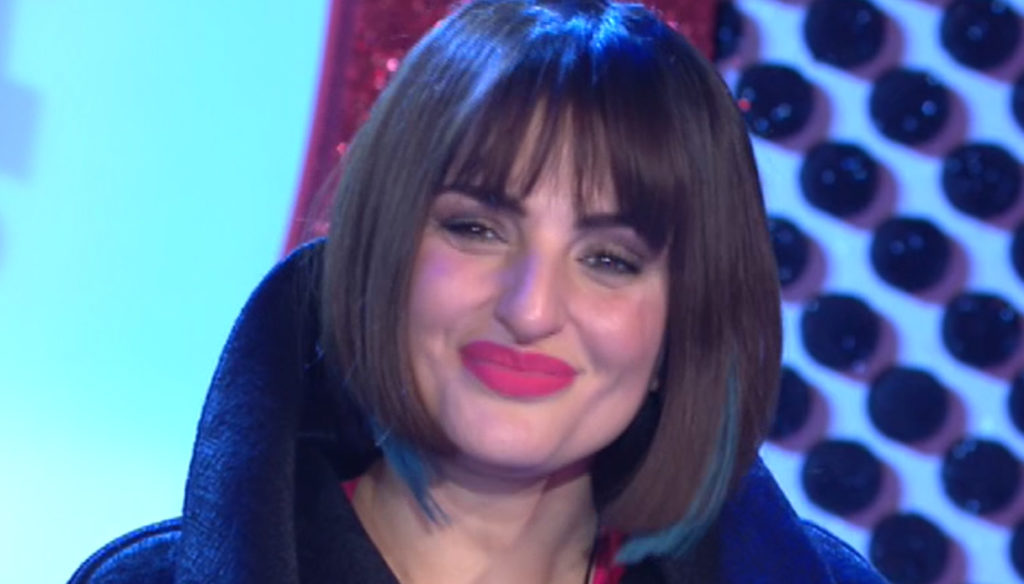 At the "GF Vip", Arisa surprises Malgioglio, while Pretelli is increasingly confused: the report cards of the twenty-eighth episode

The GF Vip takes off in the twenty-eighth episode of the reality show. Many twists, moments that made people smile, but also those that excited the audience. Arisa made her entrance into the house and moved her friend Malgioglio, while Pretelli once again revealed her doubts related to love. Finally, a heated clash between Maria Teresa Ruta and Samantha De Grenet.

Our report cards to the protagonists of the twenty-eighth episode of GF Vip.

TOMMASO ZORZI – He remains without a doubt one of the strongest and most interesting characters of this GF Vip. In the last episode, the influencer met his sister Gaia who tried to reassure him after Tommaso had experienced a profound crisis in recent days. In fact, Zorzi – fresh from a controversy with Stefania Orlando – in recent days had threatened to leave the GF Vip house because he now felt tired and unmotivated. “For my well-being I need to disconnect. I don't want to do any scenes, but I've gotten to the point where I run out of energy, ”he said. The meeting with Gaia was very emotional, with smiles, jokes and a complicity that can only exist between brothers. “I have thought a lot about our relationship – admitted Tommaso -, you are a fantastic woman, even if you have always been my little sister. I love you". Gaia replied: "I would never be Big Brother, but I swear I would go in just to be with you because I miss you so much". With his sincerity, often disarming, and his behavior made up of mistakes, falls, but also climbs, Tommaso proves to be the most "real" competitor of the GF Vip. No strategy or attempt to be loved by force: he is what he is and we love him! VOTE: 8.

CRISTIANO MALGIOGLIO and ARISA – Sweetness: this is the first word that comes to mind in front of these friends who met in front of the cameras. Neighbors and accomplices in life, Arisa and Malgioglio brought their energy to GF Vip, but above all a more unique than rare sincerity. The singer and lyricist has never hidden the sadness felt during the Christmas holidays due to the disappearance of his mother and for the first time in 26 years he ate panettone thanks to Arisa. "We are neighbours. She is an important person in my life, my auntie from Porta Venezia ”, said Arisa speaking of Cristiano. Malgioglio welcomed his friend with enthusiasm and emotion. “How wonderful to see you, I am delighted with this gift. You know how much I love you – he said -. You are a huge gift to me. I've always told you that you are the most beautiful voice ever we have in Italy. These holidays, as you know, bring me a very strong sadness. Immediately after the holidays are over, I recharge ”. The two forgot the cameras for a few minutes, showing that they have a strong and sincere bond. Together they are wonderful! VOTE: 9.

SAMANTHA DE GRENT – Strategy or truth: we don't know, it certainly isn't nice to see two women clashing instead of teaming up. Since her entry into the GF Vip House, Samantha has appeared very skeptical about Maria Teresa's sincerity and her position has soured after the disqualification of Filippo Nardi. During the twenty-eighth episode of the reality show a rather heated confrontation was staged between the two women. "I am a spectator of the GF, I saw it again this year – said De Grenet -. When I entered, even though I had an opinion from outside, I tried to leave it aside. There were two clashes with Maria Teresa that left me in doubt. Instead of protesting with the person concerned, she waits to speak in the episode when so many viewers are watching us. Then I find her in the confessional crying and these cries do not convince me ”. Intervening in the discussion, Elia invited Samantha to moderate her tone: "I think Samantha was excessively aggressive," she explained. De Grenet is a strong woman, with a lot to tell. That's why it would be nice to put the discussions aside and find out more about her. VOTE: 5.

PIERPAOLO PRETELLI – Often labeled as the "beautiful and impossible", Pierpaolo has proven to be much more. Fearlessly she showed her tears and weaknesses of a man who would just like to be loved. In the House of GF Vip now Pretelli appears increasingly divided. On the one hand there is Elisabetta Gregoraci, a failed flirtation she keeps thinking about, on the other hand that Ariadna Romero, former partner and mother of her son Leo. Finally, in the last few days he has created a special bond with Giulia Salemi. Impossible not to cheer for him and hope that fate can give him a happy ending, perhaps with Romero. "The last time I tried again with her was immediately after the lockdown – he confessed, speaking of the actress -, because I was alone and I thought a lot. I told her everything I felt for her, the feeling never died, I still loved her. I told him with tears in my eyes ". VOTE: 8.

ADUA DEL VESCO – Rosalinda has been in the Casa del GF Vip for several months now, but continues to be an enigma for many viewers. From the relationship with Dayane Mello to that of her boyfriend Giuliano, up to the recent rapprochement with Mario Ermito: it is difficult to understand what the actress really thinks. After days of reflection and uncertainty, live Rosalinda wanted to send a message to her boyfriend: “I love him, but in here I made a personal journey that made me mature, grow and become aware of the person I am – she said -. Understanding how important it is to defend my ideas. Our relationship was very often based on the fact that I was very weak, he had a lot of power because I gave it to him. He has always been my guide, I entrusted him with everything, sometimes setting aside what I thought ”. We like the new Rosalinda, who speaks clearly, but we would like to know her better. VOTE: 5.

Barbara Catucci
6469 posts
Previous Post
Heather Parisi: "The hell of our children, they will become socially alienated"
Next Post
Because Mario Ermito, competitor of GF Vip, is famous