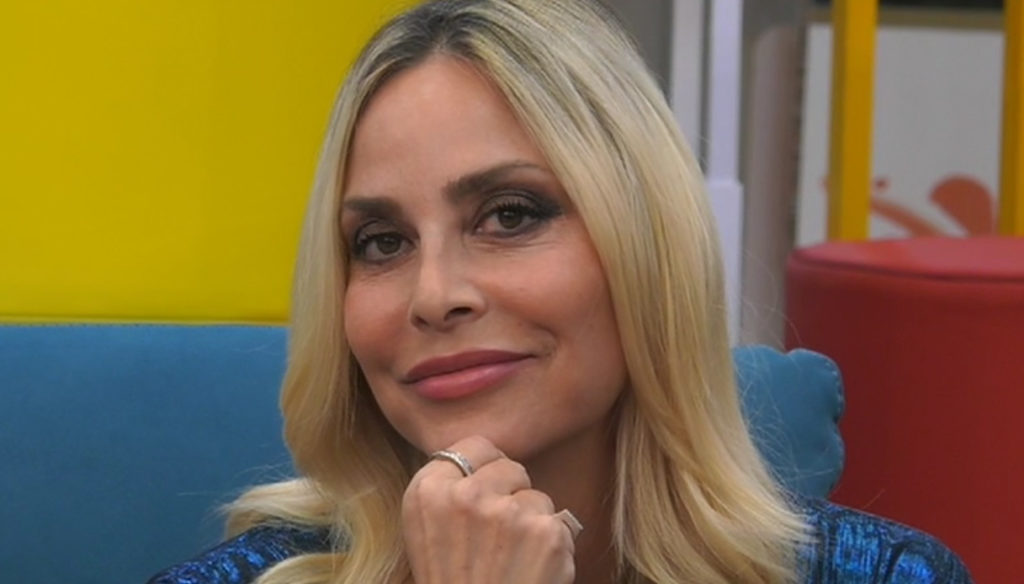 In the ninth episode of "GF Vip", Stefania Orlando is moved, while Matilde Brandi and Maria Teresa Ruta clash

In the ninth episode of GF Vip important clashes and confrontations are consummated: Andrea Zelletta argues with Francesca Pepe (and cries), while Stefania Orlando meets her husband. Maria Teresa Ruta and Matilde Brandi instead seem to have come to a showdown.

Here are our report cards of the ninth episode of the GF Vip and the protagonists of the show.

FRANCESCA PEPE – Despite having left the House of GF Vip, Pepe was the great protagonist of the ninth episode of the show. In the studio Alfonso Signorini praised the competitor, unleashing the wrath of Pupo who, apparently, was not conquered by the model. "It's not a good example, it doesn't suit me to apologize for this girl," thundered the columnist. From the studio, Francesca enjoyed teasing the other competitors, in particular Andrea Zelletta, accused during the week of never taking a position and therefore being a bedside table. “First of all I wanted to say goodbye to the Andrea bedside table. Hello bedside table! ”He said. The former U&D tronista did not take it well: "You are very rude – he replied -. Last week you exposed yourself with a terrible sentence. You are evil and useless. A person like you don't even look at her. If I see it, I disgust it. Shut up, you loser. Your parents have given you few ”. After the connection, the model said to his companions: “Should I go out as a bedside table? For this loser here? He never told me that to my face. I have to go to the bedside table when I always expose myself. It must show respect. If that's the game, I'm leaving ”. Soon after, he burst into tears. Provocative born, Pepe would be perfect in the role of commentator and Alfonso Signorini could enlist her next season. What are you already thinking about? VOTE: 7.

STEFANIA ORLANDO – After weeks in which she appeared subdued, the presenter decided to expose herself and tell a little about herself in the GF Vip House. In recent days Orlando had burst into tears thinking about her husband Simone Gianlorenzi and the choice not to have children. The musician intervened during the ninth episode to reassure her. "You have to keep doing what you are doing now because you are doing a beautiful thing – he said -. People will finally appreciate you for who you are. I'm proud of you and you have to stay in here because Margot and I want you here, we're happy. If no airplanes pass, it's only because we are organizing ourselves. Know that every day thousands pass by and they are all for you ”. A rare example of true love. VOTE: 8.

GUENDALINA GORIA – Sensitive yet incredibly strong, Guenda Goria is one of the discoveries of this new GF Vip. Maria Teresa Ruta's daughter rebelled during the obvious nominations, aware that she had taken the votes of the group destined for her mother, immune of the week. “I will never mix with the thought of others, I am proud to think for myself,” she explained. It takes courage to take a stand and ignore the fear of being eliminated from the game. VOTE: 8.

MATILDE BRANDI – The clash with Maria Teresa Ruta in the ninth episode of GF Vip took on more defined contours. In recent days, Ruta had confessed to having "stolen" a job on TV at Brandi, then he had spoken of her as a woman for "friends and aperitifs". Matilde's reaction was not long in coming: "There is a fine line that must not be crossed – he thundered -. You can't afford to offend my friends, my loved ones. He said some bad things. The *** did it, it made a figure of shit. I think my friends are all inca *** you. I love you, my friends. You have to slaughter her, 'it's bitchy'. La Ruta defended himself: "A sentence was extrapolated to put us against each other. I said that we are profoundly different so much so that it is from the beginning of the program that you mention me and I have never mentioned you. You voted for me from the first time, but why? You said you expect a woman my age to be an example, but why? You can't say this shit in front of the cameras. " Understanding where the reason is is still difficult, all that remains is to wait for the next episode. VOTE: suspended.