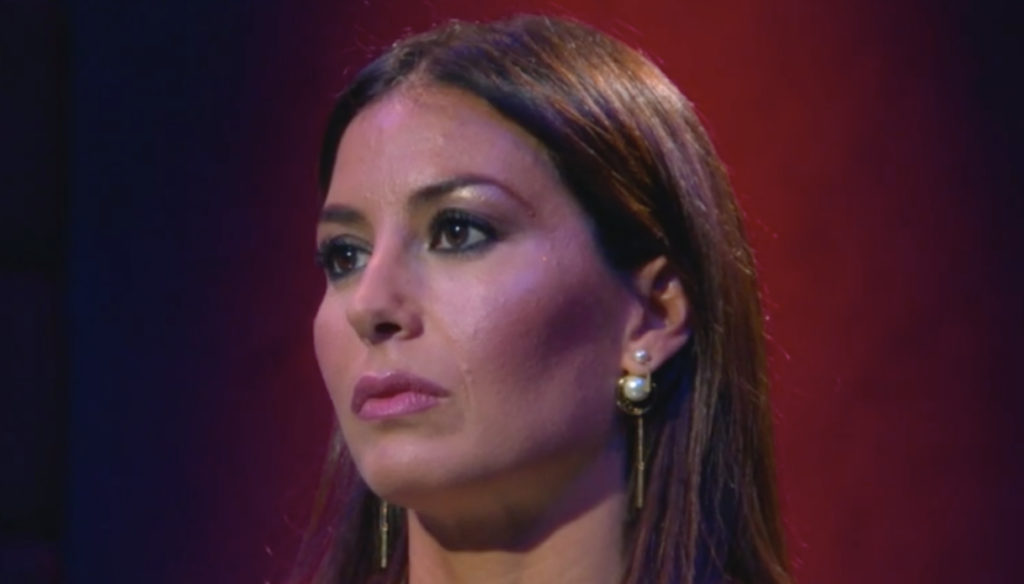 Flavio Briatore reveals the truth about the wedding proposal to Gregoraci in the twentieth episode of the "GF Vip", while Selvaggia Roma makes people discuss

In the twentieth episode of GF Vip strong emotions and clashes. Protagonist of Alfonso Signorini's program, once again, Flavio Briatore. The entrepreneur is not one of the show's contestants, but he has often been talked about. Elisabetta Gregoraci's ex-husband clarified the news that he would make her a second wedding proposal, but there was also a way to find out more about Stefano, the showgirl's alleged new love. Sparks between Enock's girlfriend and Selvaggia Roma who remains one of the strongest characters of this edition of GF Vip.

Let's find out our report cards of the twentieth episode of Big Brother Vip.

ELIZABETH GREGORACI – After more than a month after arrival, the Gregoraci has not clarified anything about her love life continues to be a mystery. If the possible love story with Pierpaolo Pretelli now seems to have vanished, Elisabetta has confessed that Briatore would have asked her to marry him again. The entrepreneur, surprisingly, branded the ex-wife's statements as fake news. The live broadcast was an opportunity to clarify the situation. Signorini revealed to Gregoraci that he had spoken with Briatore shortly before the episode. "He said that actually during the lockdown, since neither of you had an important romantic relationship after your divorce, since you still love each other very much, for the sake of Nathan Falco you had considered getting better. together – he explained -. But he added: 'It was something we had thrown it, but I agree with Elizabeth in holding that even if we love we will never be together'. " Elizabeth said she agreed with her ex-husband. "There have been some mistakes that I am afraid that they can happen again – he said -. Committed by both. I underestimated the situation, I was too young, I was 24 and I didn't realize what I was getting into. I skipped a stage of my age and in the end it weighed on me and this weight was getting bigger and bigger, this age difference ". The model is in fact 40 years old, while Briatore 70. Gradually, though with great difficulty, Elizabeth is throwing the mask to reveal to the public. VOTE: 6.

PIERPAOLO Pretelli – Former Strip velino spent weeks in which he tried in every way, without success, to win the former Lady Briatore. Many have criticized him for his submissive attitude and for his difficulty in taking a stand, crushed, perhaps, by the strong personality of Gregoraci. In the last few days, however, thanks to the entry of Selvaggia Roma, Pierpaolo has shown a little more determination. Live on TV at GF Vip, Pretelli replied to Elisabetta who accused him of not having character and of not being a strong man like Flavio Briatore. “First of all I would like to tell Elisabetta that even if I don't have the pa ***, I'm not your man – said the model -. I'm a friend so I don't think anything will change if I have pal ** or not. After this, that's enough, I'm tired ”. Pretelli then spoke of the quarrel between Selvaggia Roma and Elisabetta Gregoraci: “In the last two days I have been on Pierpaolo's side. I got cold with Elisabetta and I don't speak to Selvaggia. I'm finally on Pier's side ”. Finally Pretelli takes a stand and shows his determination. VOTE: 8.

WILD ROME – Having entered the GF Vip house very recently, it hit its competitors like a hurricane. Savage had a fight with Elisabetta Gregoraci, Pierpaolo pushing to get away from her, then she said they kissed Enock, although he was boyfriend. During the twentieth episode of the show, the influencer clashed with Giorgia Migliorati, the great love of Balotelli's brother. “You are making a beautiful journey – said the girl in connection -. Selvaggia should follow her path, from now on she talks about something else, she goes beyond ". Roma therefore replied: "You can believe it or not believe it but the kiss was there and you are cuckolded, I don't know if you were engaged. Your problems. He's not my boyfriend, I don't care ”. After the clash, Giorgia was succinct: "Wild if he had told this story or that of Pierpaolo would not be there," he said. After the quarrels and revelations, for Selvaggia it is time to put aside gossip and issues of the past, to talk only about herself. Will he succeed? VOTE: 5.

STEFANIA ORLANDO – The memory of Alessandra, Stefania Orlando's friend who died of cancer some time ago, is moving and moving. The showgirl told the story of a strong friendship and of two women who have always supported each other. It was a terrible disease that divided them, but Stefania has never forgotten her best friend. We grew up together and became women together, it was the best time of my life. We were always there for each other. I lived with her until I met Andrea. After the marriage we had thought of taking back a house together and spending old age together. In 2006 she fell ill with cancer and left me. We didn't make it. I fought with her to the end. She always told me I had to tell her how things were because she trusted, instead I told her lies. The biggest pain of my life. When it was gone, I totally collapsed. Before leaving me she told me that she was worried because I had not found the right man for me. I'm sure Simone sent it to me by Alessandra. He tried to heal me with his love but the pain remains ”. VOTE: 9.