GF Vip 2020, Dayane apologizes, out of De Blanck: the report cards of the twenty-first episode 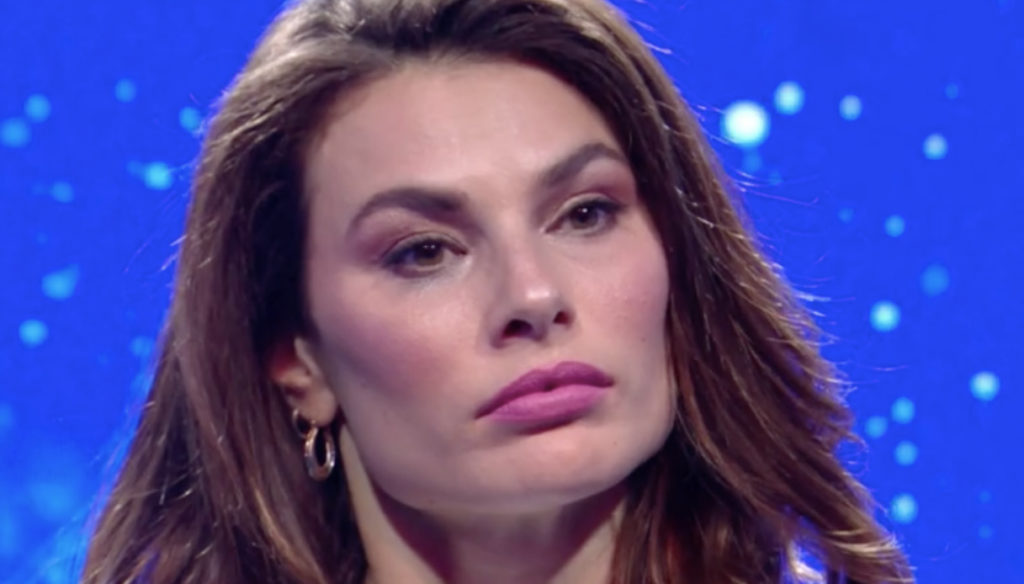 At the "GF Vip", Dayane Mello apologizes to Gregoraci, while Francesco Oppini moves

Quarrels and strategies: the GF Vip 2020 gives a new exciting episode and Alfonso Signorini reveals to the competitors that the reality will continue until February. Many exciting moments during the live broadcast, from Francesco Oppini's tears for his father to those of Stefania Orlando for the release of Patrizia De Blanck, eliminated from the game.

Here are our report cards for the twenty-first episode of GF Vip.

PATRIZIA DE BLANCK – Without a doubt the countess was among the protagonists of this edition of the GF Vip. After a crackling entrance, in which she proved straightforward and direct, Patrizia however lost some of her polish. The countess thus ended up often finding herself at the center of useless disputes (such as that over shampooing her hair), amidst insults and unnecessary profanity. A real shame, considering his personal story (which looks like an adventure film) and the important contribution he could make to the show. Perhaps it was the fear of public judgment that deceived her, as also revealed Stefania Orlando who, despite having voted for her, dissolved in tears at her elimination. A few days earlier, De Blanck had not taken the nomination well, arguing with Stefania Orlando, Giulia Salemi and Rosalinda who had nominated her. “I wanted to stay here until the end to show that even at a certain age it is possible to participate in a program like this and interact with the youngest”, he confessed in the confessional. VOTE: 6.

ELISABETTA GREGORACI – Episode after episode continues to be a real mystery both for the tenants of the Casa del GF Vip and for the public. There are those, like Dayane Mello, who are convinced that they are pretending and that they are just a strategist and those, like Adua Del Vesco, believe that they are a very sensitive person. Certainly Briatore's shadow continues to influence his path. This is demonstrated by the exchange of words with Giulia Salemi during the live broadcast. “It appears to me that before entering the Big Brother House between you and Giulia there was a certain rust linked to a holiday many years ago,” said Alfonso Signorini. Elisabetta then replied: “I have never gone on vacation with her. I've seen her a couple of times in Sardinia. In reality, nothing ever happened but he chatted more with Flavio than with me ”. Words that Salemi did not like. “You weren't already together and I was invited by Domi – she clarified -. We were seven or eight people. I've never flirted with Briatore, you can ask him too. He is a friend of friends. I do not accept this ". If her love life outside the Casa remains a mystery, Gregoraci seems to have clarified with Pierpaolo Pretelli and with Selvaggia Roma. VOTE: 5.

FRANCESCO OPPINI – Touching and poignant: this is the only way we can describe the moment in which, among tears, Alba Parietti's son replied to the video message from his father Franco. The entrepreneur confessed to Alfonso Signorini that he had thought a lot about his parents in recent weeks and that he had come to an important conclusion. “I am very angry with myself – he admitted -. I often wonder why I needed to come here to think about certain things. The two of them don't have a common job. You know they were often away from home when I was little. Then things become a habit: seeing each other little, talking little. It doesn't have to be. At 70 my father must understand, just like my mother, that he can count on me for everything. When he gets out of here I want to hang out with them more. Certain things cannot be taken for granted. Time is the most precious thing there is ". An important message that everyone should listen to. VOTE: 8.

DAYANE MELLO – Throughout the week Dayane Mello appeared firm in her ideas about Elisabetta Gregoraci, but in the episode of the GF Vip she showed an unusual change. “She went to touch things that went beyond the limits of Big Brother – explained Gregoraci -. I felt betrayed because I told her many intimate things. I accepted his apology anyway and now things are better, but it is normal that she is more rigid ”. Dayane then explained: “I didn't feel any support from her, I wanted her to be my friend and to love me (…) I apologize for those words, but I have nothing against her, she is a wonderful woman”. Strategy or truth? VOTE: 5.

ALFONSO SIGNORINI – The conductor has succeeded in an impossible feat: to lengthen the GF Vip until February and to convince the competitors, who thought they would come out soon, to continue this adventure. In recent days Alfonso had confessed that he feared the reaction of the gieffini to the news. During the episode, he showed the contestants the people cheering for them, then handed over a red envelope, opened by Maria Teresa Ruta. “This GF will go down in history for many reasons – he said -. You are a fantastic group and we are convinced that there is still a lot to tell. For these reasons, Canale5, Mediaset and the public have loudly made us a single request that we send you: we will spend a fantastic Christmas together, an unforgettable New Year and be together until the beginning of February 2021. We will make history ".

At the “GF Vip”, Dayane Mello apologizes to Elisabetta Gregoraci (but is not forgiven), while Francesco Oppini is moving.

Barbara Catucci
7119 posts
Previous Post
How to remove short hair from legs? Tips and remedies
Next Post
What is the Pixie cut and who does it give more to