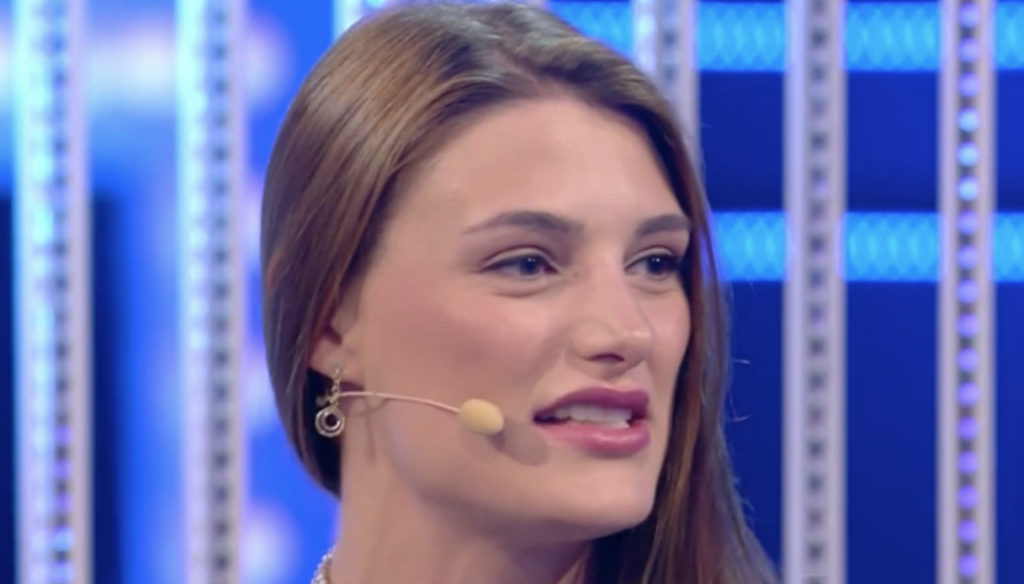 In the eighth episode of "GF Vip" there are surprises: Patrizia De Blanck gets angry, Myriam Catania is moved and Pepe returns to the studio

Clarifications, important meetings and tears: the eighth episode of GF Vip was particularly exciting and full of cult moments. Patrizia De Blanck clashed with the Marquise of Aragon, while Adua Del Vesco, Massimiliano Morra and Tommaso Zorzi were at the center of yet another attempt at clarification. Strong emotions also for Myriam Catania, who met her partner Quentin and told of her love (over) for Luca Argentero.

So here are the report cards of the eighth episode of the GF Vip with the cult moments of the evening.

PATRIZIA DE BLANCK – Over the top, of course, but also incredibly true and frank, Patrizia De Blanck is one of the most beloved characters of GF Vip. Epic is the clash with the Marquise of Aragon organized in the garden of the house complete with bodyguards (Andrea Zelletta and Enock Barwuah) to avoid physical contact between the two. The reason for the dispute, as always, is the nobility of both. "For a month now Barbara D’Urso has only been talking about your phony nobility – explained Daniela Del Secco -. (…) The greatest experts have gone to say that you are not a countess. You have done nothing but shame my person. Try to avoid using this scatological language ”. Immediate response from De Blanck, who did not remain silent: "I am moved to the bone but I can't cry. Do not touch My family. You don't touch my family. The brother of my father's mother was president of Cuba. There is a proverb that says: donkey braying does not reach heaven. I didn't shame you, I just said that your name is Del Secco and that you stole the surname D’Aragona from my friend D’Aragona who is a Marquis ". Perhaps Patrizia's language will not always be appropriate, but she likes it precisely because it goes beyond certain schemes. VOTE: 7.

ADUA DEL VESCO – It is difficult to define the actress who, one episode after another, has often changed the cards on the table, going from tears to accusations, from victim to executioner. The story with Massimiliano Morra in the meantime has taken on the contours of a soap, with twists and secrets that are difficult to extricate from. Adua claims he never spoke of the actor's alleged homosexuality, Tommaso Zorzi claims the opposite, while Morra seems more inclined to believe his colleague. Unfortunately, the circle did not close even in the eighth episode of GF Vip. "I did not say what you are saying, it did not happen and I no longer want to talk about him – thundered Adua Del Vesco -, I have already apologized to him, I was wrong and I do not want to disrespect him". Thomas replied: “When I have said this and I would be crazy to say certain things it is because it happened. What reason did I have to invent it? Then she admitted that we met in the hotel, everything you denied you had to admit ”. Little clarity and a reality fiction that perhaps got a little tired. VOTE: 5.

FRANCESCA PEPE – Revelation of this GF Vip, Francesca Pepe did not disappoint expectations after her surprise exit from the reality show. The model will not enter the Cinecittà House again, but when she entered the studio she surprised everyone, revealing that she had a backstage fight with an author of the show. "You made me wait", Signorini joked and she replied: "I had a fight with an author of the program, she screamed at me and one thing I can't stand is the lack of respect, I'm not saying we were getting to the hands almost". La Pepe is so straightforward (and sometimes uncomfortable) that it is still nice. We're sure we'll hear about her again. VOTE: 7.

MYRIAM CATANIA – Marginalized by the group and nominated, Myriam Catania talked about herself without filters. The actress recalled the accident, the love for Luca Argentero, the divorce and the rebirth thanks to her partner Quentin. The French advertiser, who had made her the wedding proposal in recent days, appeared in the garden of the GF Vip house, thrilling Myriam. "You are beautiful and fantastic, I promised not to kiss you, but it is torture – he said -. We are waiting for you". VOTE: 9.

ELISABETTA GREGORACI – Far from being a strategist, Elisabetta did not play with Pierpaolo Pretelli's feelings towards her, but in the eighth episode of the GF Vip she revealed something about her private life. "You and I are special friends and there has never been anything more – he told the former velino of Striscia la Notizia -. Outside the house there are people who think of me and I am happy with this. I don't like talking about my private life and I came in single. But I think I know who the person who sent the plane is. The gestures, the details, however, are very important to me. The plane made me happy. Do I like Pierpaolo? Sure, he's a great guy. But I didn't get that thing ”. VOTE: 9.