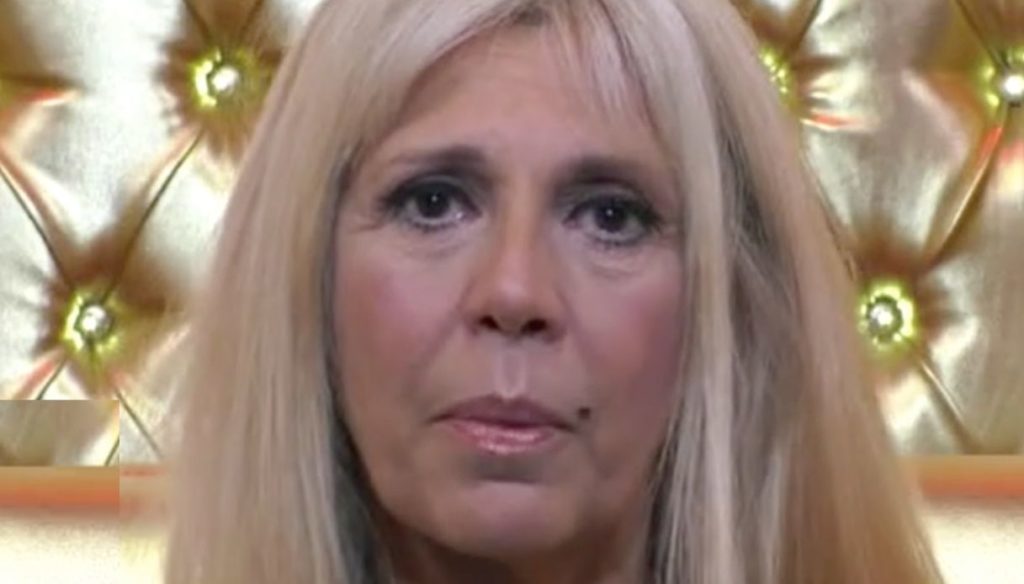 Important comparisons and exciting moments: the eleventh episode of the GF Vip does not disappoint expectations and Alfonso Signorini gives the audience another great show. The protagonist of the evening, once again, Elisabetta Gregoraci, between alleged boyfriends and the attraction for Pierpaolo Pretelli, while Guendalina Goria and Maria Teresa Ruta, after the revelations on Telemachus, confront each other, bringing to light the pain of the past.

Our report cards to the protagonists of the eleventh episode of the GF Vip.

ANDREA ZELLETTA – The clash with Francesca Pepe managed to awaken the former tronista of Men and Women who appeared in this most combative episode. Andrea no longer hides and is ready to get involved. Exciting his meeting with his girlfriend Natalia Paragoni that he does not hesitate to indicate as the woman of his life. "My love, it is very difficult to stay away", says the model who finds himself in front of his partner without being able to hug her. “I know love, but you are beautiful, you are doing very well – she replies -, don't care what they say outside, you are beautiful and you have created a beautiful group, from which you can learn many things. You are Tarantino and you are like that, go ahead and don't worry about me, I love you very much ". An exciting moment, made even more beautiful by the profound words that Andrea Zelletta reserves for Natalia Paragoni. "You who have the record of having kissed the highest number of women to men and women, have you ever thought of cheating on her?", Asks Alfonso Signorini and he replies: "No you know Alfonso, I really think I have found the woman of my life". VOTE: 9.

MARIA TERESA RUTA and GUENDA GORIA – Sincere and courageous women, they always choose the path of truth even when it hurts. In the eleventh episode of GF Vip, a painful confrontation is staged between Guenda and Maria Teresa. "Mom was a general – says the young Goria -, I had a tough childhood, where to study, I had to be top of the class. I wanted to excel because I felt that if I was the best they loved me. She wanted to follow her happiness, the love of her life, and I felt that her happiness did not include us, I was 17, my brother 14, I was a little mom to my brother. The truth is that I struggled to overcome this ”. As happened in the past, the Ruta assumes its faults, but also looks to the future. “Being children of two well-known parents, the so-called children are asked for more and more, I have worked, I have always been close to them – she says -. Our world doesn't allow our kids to get what they want. They have come up with two wonderful guys who know how to do everything ”. Then the embrace and peace. We like this couple made up of a mother and daughter more and more. VOTE: 9.

ELISABETTA GREGORACI – A little clarity at this point in the game would not hurt, especially for Pierpaolo Pretelli who seems really interested in Gregoraci. Faced with Alfonso Signorini's questions, the showgirl escapes, fueling the aura of mystery that surrounds her love life. He denies the flirtation with Piero Barone of Il Volo and mentions a mysterious Stefano who would have an important role in his existence. Antonella Elia thought of teasing Flavio Briatore's ex-wife. "Elizabeth enjoys what she was, her life, her heritage – he said -, she is like Cleopatra a bit for all the men of the house. So, yes, he pulls it ”. The showgirl replied immediately: "Well for one who went to clean in Cucurio, after my life, without even complaining," he said, angering the columnist. "Well I don't think you went to clean up, you went to Cucurio dear Elisabetta, I don't think you rolled up your sleeves to clean up the department stores", she replied. VOTE: 5.

FRANCESCA PEPE – The model entered the House again for a comparison with competitors, but the result was rather disappointing. After the clash with Zelletta and the words about Dayane Mello, Pepe admitted that she was influenced by what she read on social media. "The truth is that I don't care about anything that comes out of his mouth," Dayane said. I know what a person I am. If I haven't sent you anything, I'm sorry ”. Surprisingly, Pepe explained: "I do not allow myself to judge her as a mother, I had simply repeated things I had read on the Internet". Faced with these words, the conductor closed the discussion: "So Andrea is right when he says that you let yourself be influenced by what you read on social networks?". VOTE: 3.

Barbara Catucci
5795 posts
Previous Post
GF Vip, Zorzi sad for Aurora Ramazzotti refuses to sing a song by Eros
Next Post
October favorites: “my eyes” for a perfect look on any occasion