GF Vip 2020, Gregoraci is back, Pretelli in tears: the report cards of the twenty-sixth episode 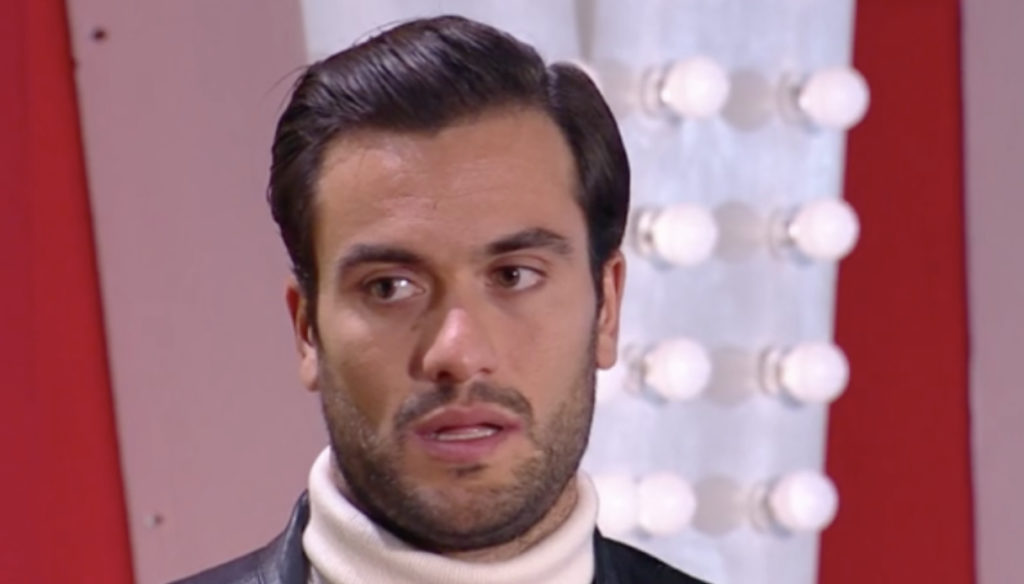 Elisabetta Gregoraci returns to the "GF Vip", while Pierpaolo Pretelli gets excited talking about his son Leo: the report cards

Now out of the House, Elisabetta Gregoraci was among the protagonists of the twenty-sixth episode of the GF Vip with a comparison with Pierpaolo Pretelli. The emotions, even in this new appointment with the show, were not lacking, between the tears of the former velino di Striscia, the confessions of Maria Teresa Ruta and the bickering between Sonia Lorenzin and Tommaso Zorzi.

Let's find out our report cards of the twenty-sixth episode of GF Vip.

PIERPAOLO PRETELLI – The former velino of Striscia la Notizia was a great surprise. Far from the image of the man who never has to ask, Pierpaolo has shown that he is a sweet, kind and respectful person. If the relationship with Elisabetta Gregoraci and the showgirl's long courtship had led the public to discover a new side of the model, the meeting with the former Ariadna Romero was particularly exciting. Brave dad, willing to do two jobs for his child, Pierpaolo melted in tears in front of the photo of little Leo. After leaving the GF Vip house, Pretelli met his ex-partner Ariadna Romero. “I have to tell you a lot of things about Leo. He is awake and watching us – said the model -. I want to show you the picture he sent you, he is dressed as a superhero because you are his superhero. I got him a hamster for Christmas. At school I managed to transfer him. He is going very well and the teacher said he is a very sweet child, like his father ”. Pierpaolo got excited seeing the little superhero dress. “Because he loves his dad who is his superhero – he revealed -. Remember that he looks at you and takes an example from you. Go straight on your way and think for yourself. In life, the times you've listened to other people, you know how it went. So go on your way ”. Always polite, never over the top and very sweet: we like Pierpaolo Pretelli! VOTE: 8.

ELISABETTA GREGORACI – Great protagonist of this edition of GF Vip, Elisabetta is back in the House for a confrontation with Pierpaolo Pretelli. The model and the showgirl came face to face after last week's live TV showdown. In fact, Gregoraci had questioned the model's sincerity regarding her infatuation with him. Asked by Alfonso Signorini, Pretelli appeared very disappointed by Elisabetta's accusations. "You have a bit taken up what you said here, that I have no pa ** e and I am not a man – he explained -. I believe there are several ways to prove that you are a man. Before entering here I did two jobs: in a shop for 1200 euros and in the evening at the disco to supplement. I think there will be a friendship between us, I love her and I have great esteem for her. For me, words have a weight and being told that I'm not a man ”. Shortly after, Gregoraci entered the Cinecittà loft to talk with the former velino of Striscia la Notizia. "I am here, but this is the last time I come because it is right that you do your own path – clarified Elisabetta -. What we experienced in here was very beautiful but it is limited to life in here. Outside it is very different. I was sorry the way we talked to each other ”. Above all, the lack of clarity of the presenter who would not have clearly rejected the model, setting limits, was what caused discussion. Of course, now that the showgirl has left the House, the possibility of a love story seems to vanish completely. VOTE: 5.

TOMMASO ZORZI AND SONIA LORENZIN – The dynamic between the two influencers was at the center of the last episode of the GF Vip where there was no lack of digs and jokes. The antipathy between Sonia and Tommaso, which began outside the house after some videos on Instagram, continues even during the reality show. Lorenzin's entry to GF Vip gave cult and very funny moments. The twenty-sixth episode was an opportunity to clarify the situation between the two. "What bothers me is that she entered here with a script – Tommaso clarified -, we have seen each other twice in our life, I made a story about her and it was very ironic, as I do about other people, but I never fall into 'offense, indeed if you take offense for me, play my game ”. Sonia's reply is ready but appeared softer towards Zorzi. "We have ignored each other in recent days – he said -. I realized that I had entered in an impetuous way, maybe I was trying to settle in ". Also on this occasion, Tommaso's ability to play down and make fun of even the most difficult situations became clear. And after Franceska Pepe's farewell to the reality show, another person seems to be able to "tease" the irony of the influencer. “She is my new Franceska Pepe, give me three episodes and we will become Joseph and Mary in the living nativity scene – concluded Zorzi -. I want to apologize here to Sonia if she ever felt offended by my words ”. We will see some good ones, that's for sure! VOTE: 8.

MARIA TERESA RUTA – Unstoppable and always smiling, Maria Teresa Ruta is one of the most loved protagonists of the GF Vip. He has never been afraid to take sides and say what he thinks, but also to show his frailties. In front of her mother, who sent her a message, Maria Teresa appeared very moved and recalled her past as a rebellious girl, determined to conquer her place in the world. “I was a rebellious daughter because I wanted to be independent – she confessed to Signorini -. The rules that I tell the kids today are the ones my mother taught me but in those days they were tight on me. I left home early. At 15 I did the first competitions, at 17 to work. I was a model, I took the train from Turin to Milan and in the evening my father came to pick me up. What I earned I gave to my parents who put them away for me. They were extraordinary ”. What can I say: extraordinary. VOTE: 8.

Barbara Catucci
6470 posts
Previous Post
Kate Middleton, sister Pippa is pregnant for the second time
Next Post
Diet with dried figs, get your fill of antioxidants. But beware of calories