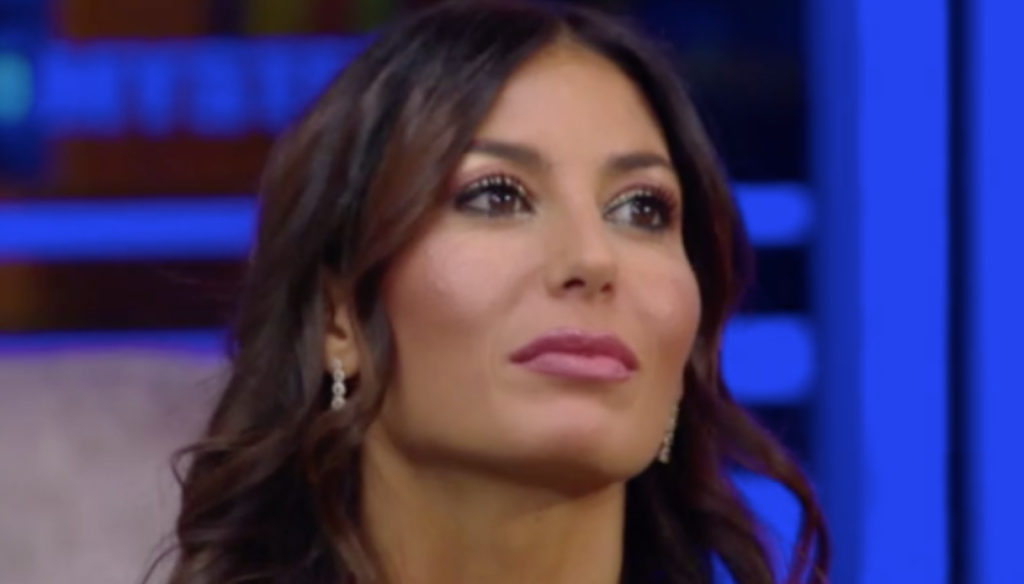 Elisabetta Gregoraci kisses Pierpaolo Pretelli, then goes out, while Tommaso Zorzi meets Francesco Oppini. In the twenty-fourth episode of the GF Vip all this and much more happened. A live show full of twists and strong emotions that once again showed the strength of reality TV. Many unmissable moments during the evening, between face to face, quarrels and confrontations, both in the studio and in the GF Vip House.

Let's find out the report cards of the episode and the votes to the competitors.

ELISABETTA GREGORACI – Following the words of Alfonso Signorini we too are convinced that this GF Vip would not have been the same without her. For better or for worse, Gregoraci was at the center of intrigues, quarrels, loves and dynamics within the House. The intent to reveal all of itself, as he said at the beginning, has perhaps not been fully achieved. Elizabeth's private (and sentimental) life continues to be shrouded in a veil of mystery and perhaps that's right. After spending a few days in the Cucurio with Pierpaolo, Elisabetta kissed the model before leaving the red door. “I lived wonderful days at Big Brother Vip – he confessed -. It is an experience that has changed and strengthened me but my son Nathan needs me and I need him. For this reason I have decided that my adventure ends here ". An exciting, unexpected and elegant exit from the scene. VOTE: 8.

FRANCESCO OPPINI AND TOMMASO ZORZI – The bond they created in the GF Vip House will certainly continue outside. This was reiterated by Francesco Oppini who met his friend after his revelations about the feelings he feels. Alba Parietti's son, with great sweetness, reassured Tommaso, reaffirming the strength of their relationship, also approved by his girlfriend Cristina. "I would never have had the courage to tell you in here because I didn't want to ruin our relationship – confessed Zorzi, visibly tried -. At first I didn't realize it, then in the last period I understood it and tried to go straight but sooner or later the knots come to a head ". Francesco replied: “I am your friend and I will be for a long time. I will always be there. I will take steps forward or steps back but I will do it for you. You are 25 years old, you have a world ahead, you just have to have the courage to open up more ”. Impossible not to get excited. VOTE: 9.

ANTONELLA ELIA – Elisabetta Gregoraci's arrival in the studio was marked by a discussion with Antonella Elia. Flavio Briatore's ex-wife reproached the columnist for some of the phrases he uttered during his stay at GF Vip. “The role of columnist is an important role – he said -, words have weight, and you often haven't weighed words. But I tell you something, first of all you said some heavy things to a woman and I didn't like that. I was terrible, then you did Big Brother you should know, you could have said things in a nicer way ". The sentences uttered by Antonella were – also admitted by Alfonso Signorini – too strong. The columnist, however, did not want to apologize, but added to the dose: "I'm not against women, I take it out on a type of woman, who doesn't seem real, structured – he explained -. I didn't say it to strike you as a woman, but for the character you are, who flaunts what he has, even the diamond bracelets you throw them in your face, to show your economic status ". Maybe after the fighting it would be nice to lay down your arms at least once. VOTE: 5.

MARIA TERESA RUTA – We like more and more this strong and sincere woman, who however retains her childish candor and has a big heart. During the last episode of GF Vip, Maria Teresa addressed an important issue, that of harassment at work. A topic raised by Me Too and still very current. “I have had three indecent proposals in my life – he explained during a confessional -. One when I was 20, I was not prepared, but I immediately realized that the situation was not one that I would have been able to manage and so I smiled politely and walked away. The second time in 1991 and I did not expect it. It happened to me with an important person who told me 'Then let's talk about the program, leave the door open and I'll go up afterwards'. When he goes up he says to me 'Are you still dressed? Undress as well '. I replied that I had a family and a daughter and it ends in tarallucci and wine. One last time, I didn't expect it, it happened to me at 45. But even if I felt something in such a situation I would not allow myself ". Signorini then underlined how Amedeo Goria's reaction struck him. “He told me that the program would be very important and that he would forgive me – he explained -. Once only, what do you want it to be, faced with a great opportunity. He said it with love, I think he said it to be told that I loved him. I always think the good ”. Always positive, never exaggerated with an ability to mix strength and sweetness, the Ruta manages to send important messages with grace and skill. VOTE: 9.

WILD ROME – After the first weeks spent amidst quarrels, discussions with Elisabetta Gregoraci and Pierpaolo Pretelli, Selvaggia Roma has finally begun to tell a little about itself. Behind the competitor of the GF Vip a difficult past marked by the death of her boyfriend and the abandonment of her father. "I have a somewhat troubled story, like so many stories you hear – he confessed -. I have suffered from the lack of my father. Tunisian father and Italian mother, I was born in Italy. I have not seen my father since he was 15, but before that age I have seen him very rarely (…) He told me that I was no longer his daughter because we should have celebrated my communion ". And then again: "There was a period when my mother couldn't even buy me milk. I don't talk to my father anymore. At a certain point I began to cut myself, to the point of doing the stupidest thing I could do: I attempted suicide ”. Selvaggia teaches us to always look beyond the surface and not to stop at appearances because there is often much more behind it. VOTE: 8.