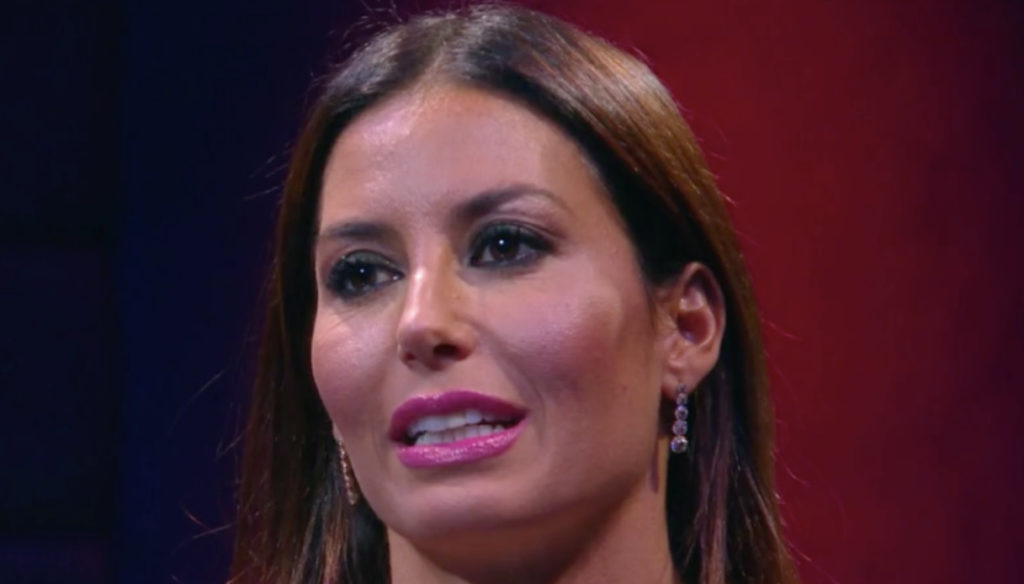 Twists and emotions: in the sixth episode of GF Vip, everything happened, from Gregoraci's words about Briatore to Adua's tears

Elisabetta Gregoraci replies to Flavio Briatore and Tommaso Zorzi denies Adua Del Vesco about the revelations regarding Massimiliano Morra. The sixth episode of GF Vip was quite eventful, with many twists, clarifications and the disqualification of Denis Dosio due to a blasphemy. Once again Alfonso Signorini hits the mark, demonstrating the ability to bring together a varied and rich cast with many important stories behind them and interesting plots.

So here are our report cards for the sixth episode of GF Vip.

ELISABETTA GREGORACI: Determined and strong, the showgirl has shown character in keeping up with her ex-husband Flavio Briatore and Pierpaolo Pretelli who in the GF Vip House continues to court her hoping for a flirtation. Faced with the clip in which the model confided to Matilde Brandi that Elisabetta wanted to make love with him, her reaction was quite clear: "This relationship we have is beautiful, but if I'm holding back there is a reason – she said addressed to the former velino of Striscia la Notizia -. Don't ruin things, I've been here for 17 days ”. Then Gregoraci replied to the very harsh interview released by Briatore who had said: "If you want to be independent then you could also give up what I am going to give you". Faced with the words of the ex-husband and father of her son Nathan, Elisabetta did not break down, but responded promptly to all the accusations. “I have always worked, even when I was Mrs. Briatore – he said -. I always went straight my way, even when he opposed it. I'm sorry he said these things, because I have never said anything and I believe certain things should not leave the private sphere. As for my work, I'm not afraid to go and cut ribbons at festivals, I do it with pride ”. The showgirl stands up to the ex without losing her temper, with great dignity and strength, while Pretelli apologizes for having gone a little further. VOTE: 9.

DENIS DOSIO – Despite being much younger than the other competitors, Denis Dosio immediately integrated into the House of GF Vip, also showing his more fragile side, marked by bullying on social media. He could have given much more to the program, too bad he was forced to abandon it. The disqualification came during the sixth episode of the reality show and Alfonso Signorini communicated the decision of the production. "Unfortunately I have to tell you something a bit unpleasant – the conductor began -, because last night you missed an expression that unfortunately shouldn't have escaped you". Denis tried to apologize and burst into tears. "I apologize to those who have felt called into question – he said -, this thing does not belong to me and I believe that a different word has been understood from the one I said". His farewell to the reality show moved all the competitors and Patrizia De Blanck asked that he be forgiven, but without succeeding. VOTE: 7, for the course and for the way in which he faced the disqualification.

ADUA DEL VESCO – If in the fifth episode the actress had moved everyone with her meeting with Gabriel Garko, in the sixth episode things went differently. Faced with Signorini's question, if he had told the other tenants of the House that Massimiliano Morra is gay, he denied. Del Vesco said she never uttered that sentence. "I did not say this. I simply said that this is a strategy that Massimiliano would be implementing ", he explained, also referring to the Neapolitan actor's approach to Guenda Goria. "It will be my cabbage with whom I make friends here at home – replied Morra – and Guenda knows that I am engaged, so you are giving her little good". Pungent speech by Antonella Elia: "Since you entered you have been making unspeakable messes – he told Adua -, take responsibility for the things you say, otherwise you won't go ahead". At the end of the episode, the actress burst into tears, stating that she wanted to leave the GF Vip. And the public is divided between those who find her too sensitive and those who consider her a strategist. VOTE: 5.

TOMMASO ZORZI – There are those who love him and those who cannot stand him, certainly Tommaso Zorzi's trademark is only one: sincerity. From the clashes with Francesca Pepe to the revelations on the quarrel with Aurora Ramazzotti, at GF Vip the influencer has always been clear and transparent. So at the moment of the nominations he chooses to mention Adua Del Vesco for a very simple reason: "I mention her because she had confided in me too about Massimiliano Morra's homosexuality," he says. The studio applauds and Abbate comments: “He broke the wall of silence”. VOTE: 8.