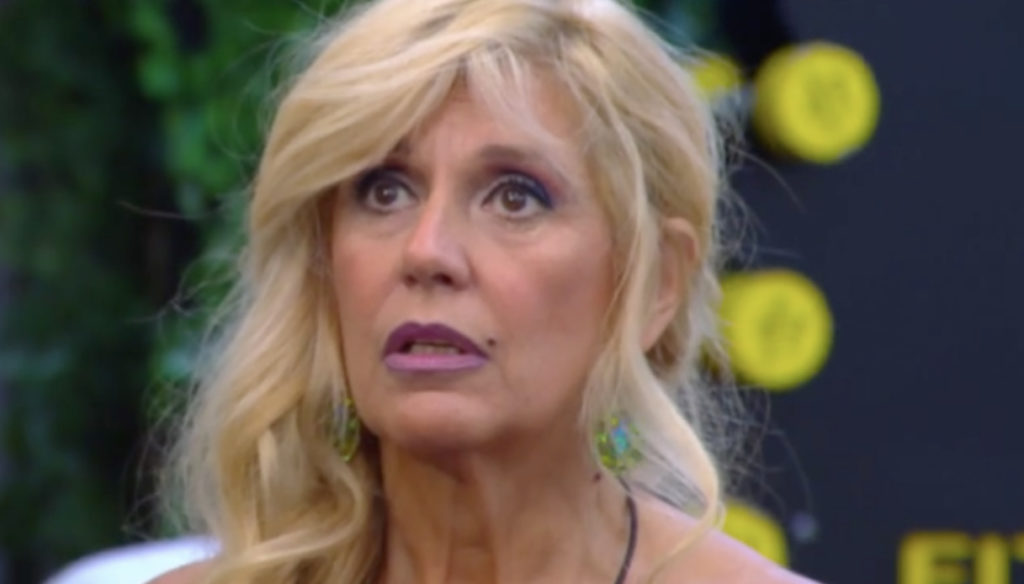 It was supposed to be an Oscar-style celebration episode, in reality the GF Vip New Year's Eve broadcast was full of twists, moving moments and unexpected reactions. The appointment was an opportunity to take stock of one of the longest editions of the reality show, with Alfonso Signorini who, once again, has woven a web of emotions, stories and revelations, enhancing a cast that continues to grow and change , including disqualifications, eliminations and new entries.

Let's find out the report cards of the thirtieth episode of GF Vip aired on New Year's Eve.

PIERPAOLO PRETELLI – After Elisabetta Gregoraci left the Cinecittà House, Pierpaolo took some revenge. Away from the showgirl, he questioned their relationship and seems determined to continue his love story with Giulia Salemi despite the criticisms. In the New Year's Eve episode there was yet another question and answer between the two. "Elisabetta, are we going to scrap Pierpaolo in used equipment or do we keep it for next year?", Signorini asked Gregoraci, present in the studio. "No, we scrapped it", she replied, triggering the piqued reaction of the former velino of Striscia la Notizia who said: "Not used, not even 10 km you did". Pretelli then spoke to the family. Mum Margherita, dad Bruno and brother Giulio intervened in connection and, if in the past Pierpaolo's mother had appeared enthusiastic about the possible link with Elisabetta, the reaction for Giulia Salemi was different. “Pier I wanted to tell you something, as a mother I wanted to remind you that Big Brother is a game – said Pretelli's mother -. Don't waste this precious opportunity. Unfortunately I must tell you that in the last period you have lost a lot of support, so you can go back on your path and show your qualities ". The gieffino appeared very annoyed by these sentences and shortly after the episode he reaffirmed to Giulia Salemi the desire to continue to know her. Pierpaolo seems determined to go ahead and take his revenge after Gregoraci's rejection. If in the past he had seemed too insecure and crushed in the face of the will of others, today Pretelli appears to be a more self-confident person, but at the same time clear, far from strategies and always ready to follow his heart. VOTE: 8.

MARIA TERESA RUTA – Bitter New Year for the presenter who, during the special episode of the GF Vip, discovered the death of Paolo Rossi. The former footballer and World Cup champion was instrumental in his career and when Alfonso Signorini spoke of his disappearance, Maria Teresa could not hold back her tears and ran away. "He gave me the first interview of my career – he revealed – he had just won the World Cup. I didn't know how to become a journalist, they didn't let me in anywhere. I stationed under the house, I waited for him to come out and I rang the bell. I talked to his wife who told me "What's the problem? Come later than Paolo arrives and you will do your first interview ””. With the simplicity that distinguishes it, Maria Teresa admitted that she would have preferred to discover it in the Confessional rather than live. The magic of GF Vip, especially after all these months, lies in the show's ability to bring to light the "people" and no longer the "characters". La Ruta proves, once again, a sensitive and unique woman, often without filters, but for this very special reason. His tears, in the face of Paolo Rossi's death, are those of all of us. VOTE: 9.

TOMMASO ZORZI – One of the funniest moments of the evening was his unconventional horoscope. A sketch that highlighted Tommaso's talent as a showman, the great protagonist of reality TV. "Aries, my sign: I wanted to remind you that if my ego were an Urtis prosthesis, I would be an octave", he began making fun of himself as the divine Zoo, ready to make the horoscope to the other competitors. “Cancer, like Andrea Zelletta: did you know he has recorded a single? No? Better ”and then again:“ Aquarius, Elizabeth: Cleopatra not so much because she was served but because she had the GDP of Kenya on her wrist ”. No discount not even to the columnist Antonella Elia: "Scorpio, Antonella Elia: when I feel bad about my love life, I think about yours". The hope is that Big Brother Vip is the springboard to kick off a new influencer television career. The good conditions are all there. VOTE: 8.

ANTONELLA ELIA – 2021 for Elia began with a fight on live TV. In fact, the GF Vip columnist was unable to hold back on the occasion of a new meeting with Valeria Marini. The two had clashed hard in the last edition and, despite the Sardinian showgirl seeking peace, Antonella did not want to hear reasons. "It was a difficult year for everyone: hands on, all these things must no longer exist – began Valeria Marini -. Today, Antonella, we need to learn to respect others. We are here to entertain the people who are at home, giving emotions and smiles ". However, Elijah did not appear willing to make peace with her rival. “Don't talk to me – he thundered -. It is also necessary to learn to use a little bit of head, to be a little intelligent. You don't make people fun. I don't think anyone can enjoy seeing you. Alfonso does not tell her 'Brava' that he thinks he is also intelligent, but in reality he is cosmic nothing. It makes no one laugh, it is simply pathetic ”. At that point, Marini underlined how Elia is the "enemy of all" and not just hers. A phrase that further annoyed the columnist who stood up. "Enough, I'm bored with this situation – she said, also addressing Signorini -, shut her up because I don't want the last of the year to do idiotic performances. Silence, shut up, talk to him and don't bother me ”. A quarrel we would have gladly done without. VOTE: 4.

Barbara Catucci
6552 posts
Previous Post
Alessia Ventura pregnant with her first child: "We are waiting for you love"
Next Post
Dance with me, Miriam Leone goes wild with Bolle and Michelle Hunziker moves