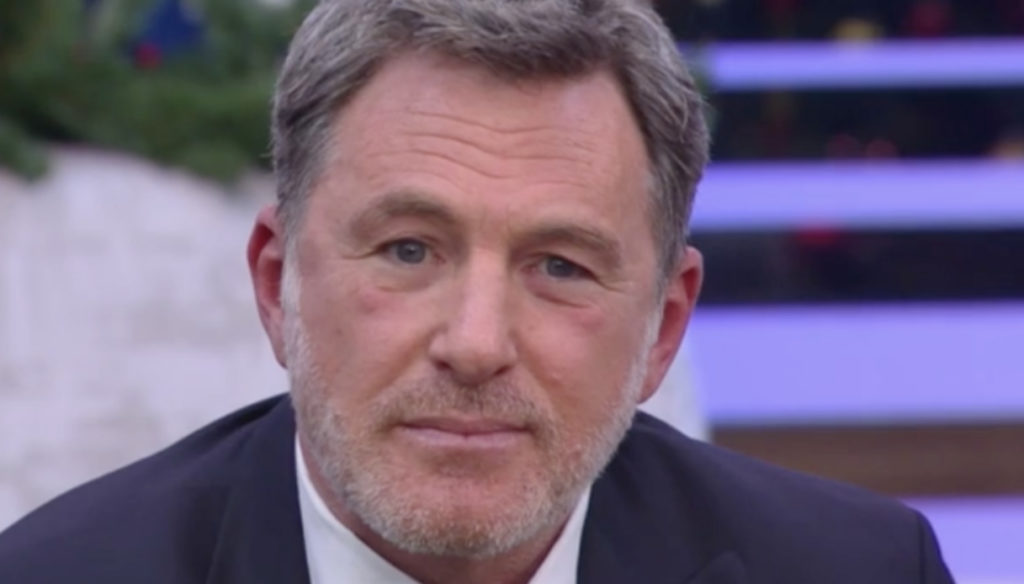 Signorini announces the disqualification of Filippi Nardi and Tommaso Zorzi still amazes: the report cards of the twenty-seventh episode of the "GF Vip"

The adventure of GF Vip continues with a twenty-seventh episode marked by the expulsion of Filippo Nardi for vulgar phrases about Maria Teresa Ruta and the entry of new competitors. The reality show will overtake the holidays and the House is being populated with new tenants, with increasingly compelling game dynamics. The farewell of Elisabetta Gregoraci and Francesco Oppini, two very strong competitors, is not weighted thanks to Signorini's ability to enrich the cast in an intelligent way.

Let's find out the report cards of the twenty-seventh episode of the GF Vip.

ALFONSO SIGNORINI – He is making TV history with this GF Vip, also demonstrating his ability to grasp the wishes of the public. Skilled in touching the right buttons to tell the stories of the competitors, he has created a perfect cast that is enriched every week, always creating new dynamics and avoiding the risk of getting bored. A great leap in quality for Alfonso who from a columnist of the GF Vip has turned into the protagonist, demonstrating an enormous skill as a conductor, without making Ilary Blasi regret. GF Vip is now his program! VOTE: 9.

FILIPPO NARDI – His expulsion from GF Vip was inevitable after the sexist and vulgar phrases pronounced against Maria Teresa Ruta. Faced with the evidence, however, Nardi did not appear very sorry and tried to justify himself by talking about "goliardia", even going so far as to take offense. “I am thrilled. I didn't notice, "he initially said when Signorini addressed the topic. After seeing the video that sparked controversy, Filippo said: “It has nothing to do with violence or rape. It was done to me several times in boarding school ”. The conductor, however, stopped him, strongly reiterating his position: "It seems like a c **** to me even if you did it in boarding school, it's a television broadcast not a barracks. Taking advantage of the fact that a woman is asleep, to say 'I would support them …' and I don't repeat the word, isn't this a form of violence? Is it a form of wanting to consent to certain filth? I don't find anything joking about it ”. Shortly after, Nardi apologized to both Guenda Goria and Maria Teresa Ruta: “Obviously I have offended someone and humbly apologize – he said -. Maybe I exaggerated but always in good faith with my humor that is not understood. But let's say sexist, it upsets me a bit. It was a goliardic moment ”. Sometimes the patch is worse than the hole. VOTE: 3.

DAYANE MELLO AND ROSALINDA – A strong and true friendship between two women, something we are not used to on TV. The two competitors since the first entry have created an indissoluble bond made of confidences and mutual support. "You love each other for the soul. You let it slip that what binds you is true love, you said you fell in love with her – commented Signorini speaking with Adua Del Vesco -. We see you looking for each other, physical contact, touching, kissing. It is a beautiful relationship of female complicity to which we are not used to. In this Big Brother women are accomplices and love each other. But like all affectionate couples of friends there is also a bit of jealousy ". Whatever the feeling that unites Rosalinda and Dayane Mello, it is certainly strong and will continue even after the end of the reality show. “In love is a big word. I love her very much, it is a love I have never felt towards a friend – admitted Dayane -. Two women can love each other. I don't know if it's because I miss my daughter so much, I feel a sense of protection for her. I need to touch her, kiss her, contact her. Once this path is over, I will be there in his life ”. A beautiful complicity between women who know how to be strong, but who are not afraid to show their frailties. VOTE: 8.

TOMMASO ZORZI – He remains without a doubt one of the revelation characters of this GF Vip. He does not hide his weaknesses, but he is also capable of cutting irony. Among the funniest moments of the twenty-seventh episode was the meeting of Zorzi and Stefania Orlando with Cecilia Capriotti, a new competitor. The showgirl was received – at the request of Signorini – not really well with Stefania and Tommaso who indulged in perfidious comments. "How badly Yespica has aged – said Zorzi -. We deserved the house, it is not like the first kicking off can arrive and enter. In my opinion, a week in the quenching cucurio. We bring it out on December 25th morning. Peel the potatoes for the Christmas timbale ”. Orlando then added: “Who is it? He has a Chinese dress. Then with those fake bracelets. It is not Gregoraci, I know, of course ". Cecilia Capriotti then replied: "Alfonso, for heaven's sake a wickedness, I'm leaving" and Signorini has finally explained to her that it was a joke. Irony is a very powerful weapon and Tommaso knows how to use it. VOTE: 7.

Barbara Catucci
7143 posts
Previous Post
Mussels: how to include them in the diet
Next Post
Kate Middleton and William, a friend reveals how they really are at their home