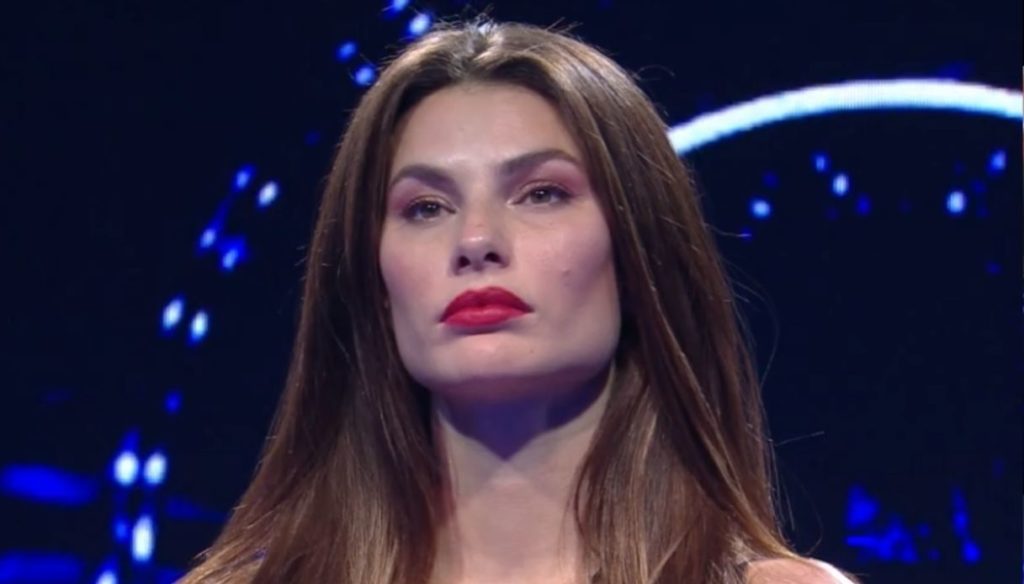 At the "GF Vip", Francesco Oppini hugs Zorzi before leaving, while Gregoraci talks about Briatore: the report cards of the twenty-third episode

Time of choices and farewells to the GF Vip who gave us an exciting twenty-third episode. Elisabetta Gregoraci and Francesco Oppini have chosen to leave the house, while Dayane Mello has changed her mind. Great announcements also from Alfonso Signorini: Big Brother will be aired on New Year's Eve.

ALFONSO SIGNORINI – He is making TV history with the longest ever edition of GF Vip. It is difficult to keep pace without tiring viewers, but he succeeded. Such as? Mixing feelings, strong emotions and a pinch of clashes that never hurt. The result is a GF Vip that captures attention and will keep the public company even on New Year's Eve. The conductor announced it during the live broadcast: “We will also celebrate New Year's Eve together – he said, adding with the usual irony -. Kill yourselves, it's good for the share! " VOTE: 10.

ELISABETTA GREGORACI – Without a doubt she was the great protagonist of this GF Vip. His bond with Flavio Briatore, ex husband and father of his son Nathan Falco, has often ended up at the center of controversy and gossip, inside and outside the House. The showgirl in the course of the twenty-third episode clashed, once again, with Dayane Mello, after seeing some videos in which the model, together with Giulia Salemi and Selvaggia Roma, spoke ill of her. At the center of the quarrel between the two is Elizabeth's relationship with Rosalinda, who would have drifted away due to the supermodel. "After that thing about Giulia, she never spoke to me anymore, I wanted her to ask me how you are at least," said Gregoraci and Dayane immediately intervened in the live confrontation. The model's words unnerved the showgirl who got angry: “Dayane is a great rude – she said -. She is inconsistent and a liar. yesterday she came to give me a show. Then she screams, she doesn't answer when you ask her a question, when you try to talk to her she turns and walks away. At night he slams the doors, leaves everything open and doesn't care ”. After the quarrel, Elizabeth confirmed her willingness to leave the House. Away from her son for too many weeks now, she wants to hug him again in time for Christmas. However, he agreed to spend a few days in the hovel with Pierpaolo Pretelli, staying with him until Monday. Certainly as a competitor of the GF Vip, Gregoraci was not spared. Often at the center of quarrels and controversies that have involved her private life, she has never pulled back. If at first she seemed determined not to break up, one episode after another turned out to be more and more true, definitively throwing away the mask. Fragile in front of the video of her son that makes her melt in tears, strong in affirming what she thinks, sensitive and polite in always seeking a meeting point with others. Most of the time, perhaps, too much victim of prejudice. We liked Elisabetta. VOTE: 8.

FRANCESCO OPPINI AND TOMMASO ZORZI – We never wanted to see them divided, yet it happened. Alba Parietti's son, after long reflections, decided to leave the GF Vip house. A painful choice that demonstrates the strong and sincere friendship born with Tommaso. In the twenty-third episode the two exchanged a touching hug. "Break everything, I love you – Oppini whispered in his friend's ear – if I see you drinking because you are depressed I won't talk to you anymore!". The attempt to convince Francesco to stay was useless, after phone calls with his family and a long reflection, he decided to abandon the game. “I found Tommaso who is a special person – he said -. I realized how much love I was able to express, I don't even know how. I can only say thank you for the opportunity, but now I want to prioritize my affections because I know that as I am now I would not be able to give even half of what I gave before ". A real shame, but the certainty remains that the bond will continue outside the House where Alba Parietti will be waiting for Tommaso Zorzi. VOTE: 9.

PIERPAOLO PRETELLI – Great surprise of the GF Vip, he proved to be a sensitive, thoughtful and romantic boy. A man who, beyond appearances, has never been afraid to show his frailties. And in the twenty-third episode of GF Vip, once again, Pierpaolo thrilled the public, meeting his brother. Giulio Pretelli talked about his fight against anorexia and the support of his brother who has always remained by his side. "I had just started in Striscia, I was happy because there was the news – he explained -. But I lived it very badly because there was this suffering for Giulio that sucked my energy up a bit. The greatest joy is that she is well ”. Knight with Elisabetta Gregoraci, tied to the family and sweet father: Pretelli is more and more tender. VOTE: 8.

DAYANE MELLO – Difficult to decipher a woman like her. Is the model a strategist and a liar, as Elisabetta Gregoraci says, or is she simply very sincere as Antonella Elia explains? He is certainly among the strongest characters of this edition of GF Vip and is yet to be discovered. In the twenty-third episode, the supermodel still managed to amaze us. Determined to leave the show to hug her daughter Sofia again, she then changed her mind, staying in the house after a phone call with her ex mother-in-law, mother of Stefano Sala. VOTE: Suspended.

Barbara Catucci
7120 posts
Previous Post
Diet with persimmon, fight inflammation and protect eyesight
Next Post
Aurora Ramazzotti turns 24: the touching video of Michelle Hunziker and the gesture of the sisters