GF Vip 2020, Parietti-Zorzi clash, Gregoraci in a tight spot: the report cards of the fourteenth episode 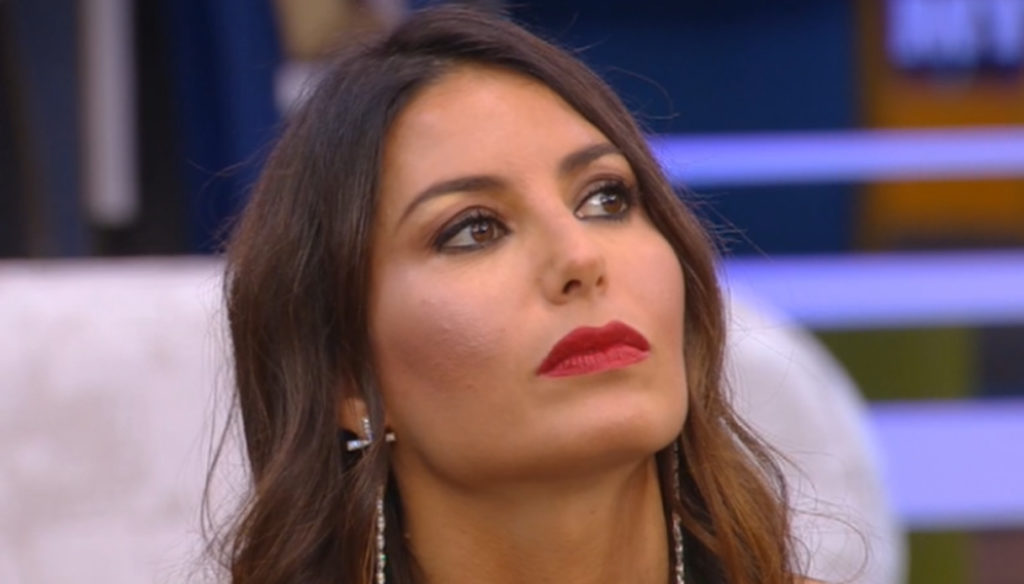 In the fourteenth episode of the "GF Vip", Parietti talks to Zorzi and Gregoraci is cornered on Pretelli

Alba Parietti calls Tommaso Zorzi, Guenda Goria is eliminated and Antonella Elia criticizes Elisabetta Gregoraci: in the fourteenth episode of the GF Vip all this and much more happened. Once again Alfonso Signorini has been able to perfectly weave comic and more serious moments, mixing the various registers and giving the audience a swing of emotions.

Here are our report cards of the fourteenth episode of GF Vip.

ALBA PARIETTI – Francesco Oppini's request not to interfere fell on deaf ears and Alba Parietti, like a true lioness mother, took the field to defend her son. After the entrepreneur received a nomination from Tommaso Zorzi, his friend in the House of GF Vip, the presenter wanted to have her say. "I dissociate myself from what my mother wrote," said Francesco, reading some comments from Parietti on the relationship with the influencer. When Cristina Tomasini, Oppini's girlfriend, intervened in connection with the loft to send a message to Francesco, Alba wanted to speak with Tommaso. The son's attempt to stop her was useless. “I like you very much – she said to Tommaso -. I find you have a great intelligence and a great sensitivity and it shows. But be careful: people need to be known thoroughly. Francesco has been very betrayed by friends, but he has never betrayed one and has had friends for 30 years. Hearing those things to Francesco and questioning what he is hurt me a lot, but I'm ready to change my mind about you. Because intelligent people know how to change their mind and apologize ”. Surely the Parietti should allow the child to freely experience the path to the GF Vip without interfering anymore. But Alba is like this: unstoppable, true and against the tide. How not to love her anyway? VOTE: 6.

PATRIZIA DE BLANCK – In the last episodes of GF Vip the countess's verve had faded a bit. But Patrizia De Blanck recovered quickly, demonstrating, once again, her strength as a protagonist in the reality show by Alfonso Signorini. When Amedeo Goria was announced as host of the show, Patrizia claimed to have received advances from him and to have refused them. “She is a seductive and seductive woman – said the journalist -, years ago she was even more beautiful. We met at some party, it may be that I made some advances to her ”. But the debate didn't stop there, as De Blanck also revealed some spicy (and hilarious) details about Goria. ”A friend of mine told me I was wrong to say no. He told me that you are very good in bed, and you have a lot of fantasies ”. Words that embarrassed Guenda Goria and Maria Teresa Ruta, respectively Amedeo's ex wife and daughter. Unconventional, funny and anything but politically correct: the countess is back! VOTE: 8.

ELISABETTA GREGORACI – GF Vip fans blame her for lack of clarity towards Pierpaolo Pretelli, in a push and pull that begins to arouse many doubts. In the fourteenth episode of GF Vip the knots came to a head with Signorini and Antonella Elia who tried to push Briatore's ex-wife to expose themselves. "I saw you while you were doing the laundry – said the columnist -. You rubbed in a very busty way against that poor man, like a cat in heat. Ah sorry, I was wrong, I meant a cat in love! You sounded like The postman always rings twice. You were sticking out your lower body. The whole body was leaning forward, with one part back and him leaning, I don't know if I made myself clear. Elizabeth, you will admit that you were leaning forward and he leaned behind ”. Gregoraci justified the episode, speaking of a game to celebrate Halloween: "We are not the only ones to hug and look into each other's eyes," he clarified. Alfonso Signorini then intervened: “In a certain way you are the only ones to hug each other like this. We feel a little taken for a ride. You make us believe that there may be something. Pierpaolo is the first to feel bad. Elizabeth be clear ”. And if Pierpaolo Pretelli is convinced that there is something special with Elisabetta, she has tried again to quickly close the matter. "There is complicity between us – he explained -. When we get out of here he will invite me to dinner ”. However, doubts remain. VOTE: 5.

STEFANIA ORLANDO – The fake elimination of the last episode helped Stefania Orlando who finally pulled out her nails. The showgirl is ready to compete for the role of queen of the GF Vip house with Elisabetta Gregoraci and has no intention of giving up. Orlando has voiced the many doubts about the sincerity of the former di Briatore towards Pierpaolo Pretelli. “This is cloying, may I think so? – he explained live – I believe that Elisabetta has found a comfort zone. The genuineness that I see in Pierpaolo I do not see in Elisabetta. I say this. Because let's face it, after the gym, eating, drinking and sunbathing, in short, there is not much to do ". Elisabetta tried to defend herself, but her justifications did not convince even Alfonso Signorini. VOTE: 8.

GUENDA GORIA – Sincere, fragile and strong at the same time, Guenda was an amazing competitor of the GF Vip. A real shame she left the game, especially since she still had a lot to tell. Before crossing the red door, however, he gave us a moving moment with his father Amedeo Goria. He had defined her as "bipolar" in an interview, mistakenly, in the comparison, which arrived after the one with Maria Teresa Ruta, Guenda was understanding, but she also opened her heart. “Sometimes I would very much like you to be a dad – he admitted -, to feel your esteem not only as a daughter but also as a woman. I wish you would throw your heart out and give me a hug from dad. My dad lost his mother who was young and I think he has problems with the feminine ”. VOTE: 9.

Barbara Catucci
5823 posts
Previous Post
Very true, Berruti confesses to Maria Elena Boschi: "It's special, I would like many children"
Next Post
Tale and Which Show, Pago is unstoppable and Conti writes a piece of TV