GF Vip 2020, the anger of the Ruta and the past of Dayane: report cards thirteenth episode 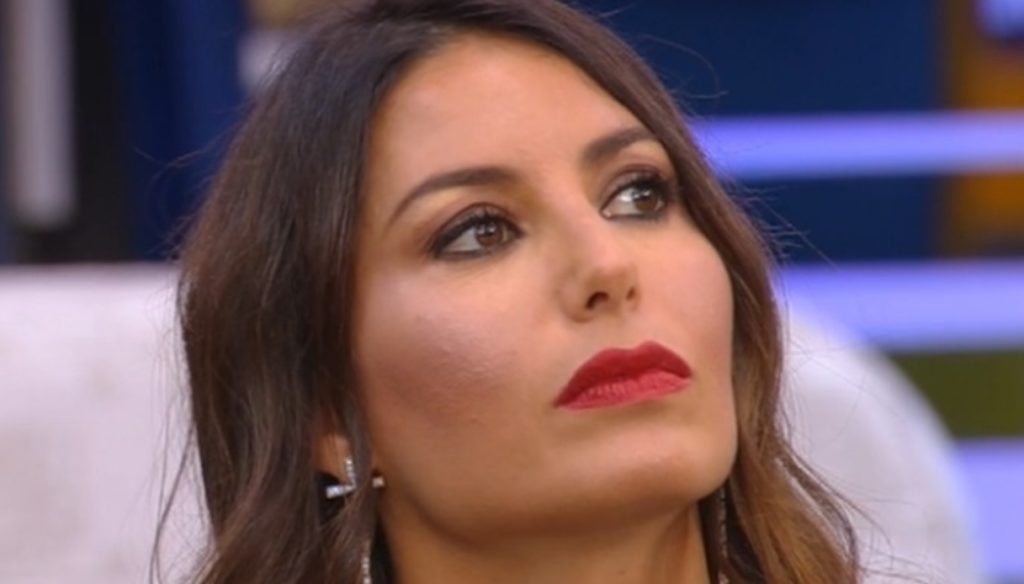 At "GF Vip", Gregoraci does not reveal her secret, Ruta gets angry with her ex and Dayane tells about the difficult past

The thirteenth episode of the GF Vip gave, once again, twists and cult moments. Dayane Mello has finally revealed her difficult past, while Maria Teresa Ruta was furious with the ex Amedeo Goria over the statements about her daughter Guenda.

Our report cards to the protagonists of the evening:

DAYANE MELLO – Many have criticized her, calling her "cold" or "strategist", but perhaps no one has really understood her. In the thirteenth episode of the GF Vip, the supermodel told about her difficult past. “My mother had 10 children – she told Alfonso Signorini -. We lived in a sauna-sized cabin with three other brothers without eating for a week. She was a prostitute. I was full of lice, all dirty and skinny. I vaguely remember my mother coming in once a week, each time with a different man, and bringing us food. Then it went away. We have experienced hunger and poverty. We were becoming delinquents, we were going to steal from the supermarket. My father came to get Giuliano, not me. But when he saw me he knew I was his daughter. I forgave my mother, she taught me about life ". A touching story that seems to explain the supermodel's long silences and her difficulty in telling herself. Reliving such difficult moments is never easy, but Dayane has been able to do it with the right delicacy. VOTE: 9.

MARIA TERESA RUTA – Volcanic, always smiling and direct: Maria Teresa Ruta is the great discovery of this GF Vip. The presenter defended her daughter after hearing some statements from ex-husband Amedeo Goria. As is well known, Guenda has repeatedly stated that she felt alone and abandoned in her childhood. Words to which the reporter responded rather harshly. "Guenda bipolar? It is not, it is a word used inappropriately – the Ruta thundered -. It's a condition my daughter doesn't have. I don't allow a person who doesn't even know if their daughter has had measles to talk about a physical or mental condition. Was it an absent father? I don't say it, he says it. What I did was fine with him. He took no responsibility. We know how it is made, we love it for what it is and they must continue to love it – he added -. But he can't talk about his daughter like that about whom he knows nothing, he knows very little. He invites her home to Rome and after three days he asks her how long she stays. You can tell a relative who is close to you, not a daughter. If she has tantrums every now and then, it's because she wants attention from you, the kind that when she was little you couldn't or didn't want to give her. He demands them and it is right that he demands them. Excuse me, Amedeo, but you are also a journalist, you do this for a living. How does it come to your mind to say certain things? Guenda is a sensitive person. It is part of his sensitivity, it is demanding. And with children you have to commit your whole life ”. How not to love her? VOTE: 9.

TOMMASO ZORZI – Impulsive, sincere and sensitive, we like Tommaso Zorzi more and more and he has become the true soul of the GF Vip House. He stimulates debates, he always has his say, but above all he has managed to create strong bonds. Like the one with Stefania Orlando who she hugged, in tears, when she thought she had been eliminated. In the end, Signorini announced that the elimination will take place on Friday's episode. Guenda Goria, Elisabetta Gregoraci, Pierpaolo Pretelli, Francesco Oppini, Maria Teresa Ruta and Stefania Orlando are still in the running to leave the house. Often at the center of strategies, Zorzi has shown that the only secret to being loved by the public is not having one. VOTE: 8.

ELISABETTA GREGORACI – Understanding it is increasingly difficult, especially in its constant push and pull with Pierpaolo Pretelli. Is his rapprochement with the former strip of Striscia la Notizia sincere or is it just part of a strategy not to be eliminated? Many wonder what is hidden behind the coded messages to Pierpaolo. Signorini in the thirteenth episode tried to find out what the secret of Flavio Briatore's ex-wife is, but both have not revealed anything. Elizabeth therefore remains an unsolved mystery and the doubts about her sincerity towards the model continue. VOTE: 5.

ENOCK – After Mario Balotelli's bad joke about Dayane Mello, the competitor not only said nothing, but also attacked Guenda Goria, guilty of having criticized the player. "But woman what? But who the fuck are you? I was lucid to just tell you vaffa ** ulo and go to the confessional, otherwise ”are just some of the insults that Maria Teresa Ruta's daughter received. Alfonso Signorini also intervened on the matter and asked Enock to moderate the tone. “You had an excessively aggressive and irritating reaction – he said -. You have to learn that you cannot react in a violent way when you hear a discordant opinion ”. The apologies have finally arrived, but the matter does not seem closed. VOTE: 3.

Barbara Catucci
5823 posts
Previous Post
Kate Middleton, the sweet surprise of the children who moved everyone on Twitter
Next Post
Psoriasis, how to recognize and control it