GF Vip 2021, Gregoraci is back, Zenga in tears: the report cards of the thirty-second episode 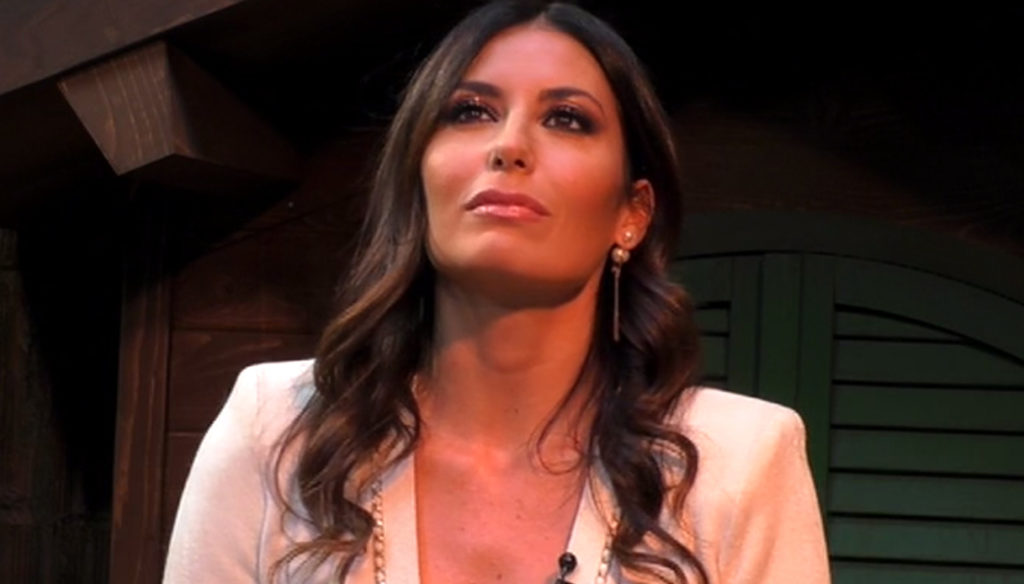 In the 32nd episode of the "GF Vip", Gregoraci returns to the House, while Andrea Zenga meets her mother

Meetings, but above all clashes, clarifications and moving moments: the thirty-second episode of GF Vip was full of emotions. Elisabetta Gregoraci, returning from Dubai where she spent the holidays with Flavio Briatore and his son Nathan Falco, entered the house to speak with Giulia Salemi and Pierpaolo Pretelli. After last week's quarrel, Samantha De Grenet and Antonella Elia clarified themselves, with the intervention of Alfonso Signorini.

ELISABETTA GREGORACI – It is useless to deny it: despite having left the House of the GF Vip, Elisabetta remains a central character in the dynamics of reality. This is confirmed by his long-awaited entry into the Cinecittà loft for a confrontation with Pierpaolo Pretelli and Giulia Salemi. The showgirl first met the former velino of Striscia la Notizia then the influencer to comment on their love story. Many had hoped for a love story between Gregoraci and Pretelli, but in fact nothing happened between the two. Elisabetta, as in her style, avoided a fight, but wished her friend the best, trying to reassure him also about the statements of her family. "I accepted your invitation and I'm here I don't want to bother – he said – […] Since I heard you talking, saying you were also worried that I could say something about you, about me, I never talked about you to anyone. Your family loves you very much, you don't have to worry, I want to tell you that for my part, I didn't go around the living rooms talking, I wanted to reassure you ". The meeting with Giulia Salemi is less peaceful. The two women have had a pending account for some time and it seems that the past events related to Flavio Briatore have not been resolved. During the live show, the showgirl announced to her rival that she had warned her. You often bring me up, you know that every word here is amplified out – he explained -. You brought up things about me, he insinuated many times about my private life. Since I left, it is as if I was actually still in this house, there is a lot of talk about me. Marcello will give you a series of things, there is a very long list ". Elisabetta teaches us how a fight on TV doesn't necessarily have to include screams or insults. Elegance first of all. Chapeau. VOTE: 8.

ANDREA ZENGA – The most exciting moment of the thirty-second episode of GF Vip was undoubtedly the meeting between Andrea Zenga and his mother. The competitor, who in the last live broadcast had revealed the difficult relationship with his father Walter Zenga, dissolved in tears in front of Roberta Termali. Polite and tender, Andrea responded with great elegance and calmness to the Instagram post published by the former football player after the episode of the GF Vip. Then he finally hugged his mom. "I am receiving compliments, people who write to me and compliment the boy you are – commented the former presenter -. You are disarming at how pure and good you are. I told you: if you are able to always be yourself. I have no words to look at you like that, at home your brothers are number one fans. Cry and make me cry too ”. Impossible not to be moved. VOTE: 9.

ANTONELLA ELIA – After last week's insults against Samantha De Grenet, Antonella Elia tried to justify herself, but was not very credible. “I would like to clarify that I have great respect for illness, suffering and pain – she began addressing the competitor of the GF Vip -. I knew nothing of your illness, illness that brings pain and that I know personally, I would not allow myself to hurt you, on purpose. My joke was never even goliardic, to dissolve a pathetic quarrel because there had been ". A student spirit that the public did not like and that cannot be justified. De Grenet, who was very hurt by the commentator's words, replied: "Regardless of the disease […] A woman should never attack a woman on the aesthetic side, perhaps sometimes it is better to keep quiet". Simply apologizing and admitting a mistake would sometimes be a lot easier and more honest. VOTE: 4.

ALFONSO SIGNORINI – Behind the success of GF Vip there is a conductor who is able to weave stories and feelings with great skill, but above all a sensitive man. For this reason, after the clash between Samantha De Grenet and Antonella Elia, Alfonso wanted to have his say. "For my part, I made a mistake – he confessed -, I could have interrupted that theater, we didn't, I believe on the one hand that it is a big mistake and I do it, I do it towards Samantha from the audience at home, VIPs, this is not the program I want to bring to your homes ". A declaration of intent that he will certainly respect. VOTE: 9.

DAYANE MELLO – For the public Dayane is still an enigma to be discovered. One day she seems like a fine strategist, ready to manipulate Adua Del Vesco, the next a woman in search of her past and a stability that she has always lacked. Certainly Mello does not lie and her eyes say so as she witnesses the video message sent by her mother who accuses her of having lied about her past. “I have never been a prostitute in my life – said the woman – when Dayane was still a child, her father came to pick her up because of my difficult situation, it's their father who never helped me. For a mother it is painful to know that a daughter searches in a mother's past, I love all my children equally, even if I am really sad, I suffered to cheer you up … I love you, you live your life and that God protect ". Dayane's comment was precise and concise, a mirror of her past of suffering and lack of affection. "I know something about my past every year, every year of my life is revealed – he said -, I'm sorry because I didn't want to hurt her, but I don't know about love, it seems too big a word from my there is no part of love ”. And deciphering the Mello continues to be more and more complicated. VOTE: Suspended.

Barbara Catucci
6469 posts
Previous Post
Horoscope: because 2021 is the year of rebirth
Next Post
Meghan Markle, William and Harry talk to each other again. Waiting for a second Royal Baby