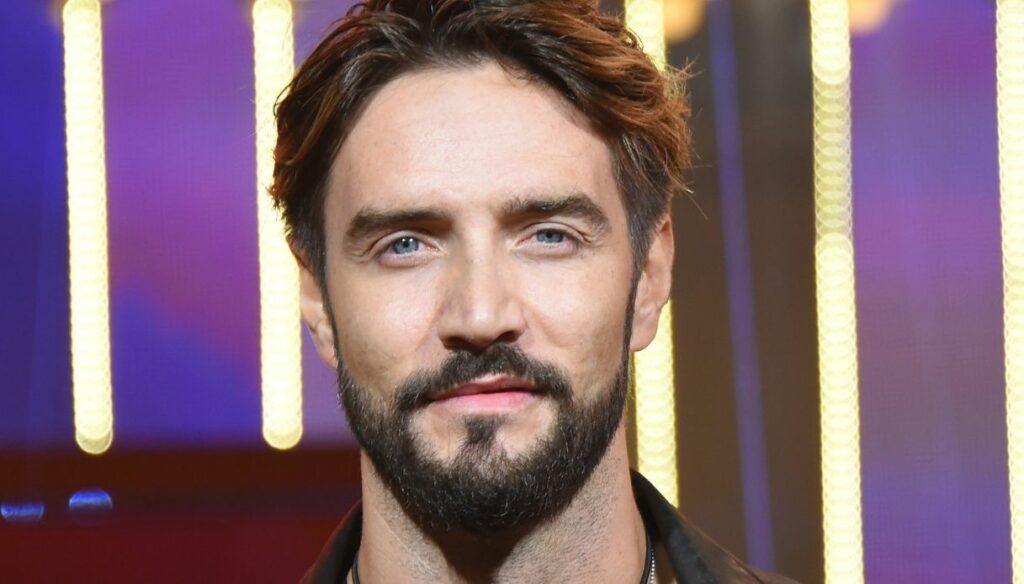 Alex Belli entered the ‘Big Brother Vip’ house only a few hours ago, but his wife Delia Duran is already furious

The sixth edition of Big Brother Vip has started a few hours ago and there have already been the first sparks, both inside and outside the House. If the competitors have begun to study each other, in fact, even their loved ones are attentive to what happens and the dynamics of the game. And Delia Duran, wife of Alex Belli, is already on a war footing.

The actor, in fact, decided to participate in Big Brother Vip, immediately making it clear that he is not interested in creating love stories or letting himself be romantically involved. His heart, he said, is already committed to Delia Duran, his wife whom he loves deeply, who is pillowcases and who, by the way, is extremely jealous.

His beauty and charm, however, have not gone unnoticed and, since his entrance, he has been involved in a nice and ironic curtain with the three sisters Selassiè, Clarissa, Jessica and Lucrezia, single girls open to the possibility of finding the love within the reality show.

Sophie Codegoni, an official competitor who will make her entrance in the next few days, is also focusing her eyes on him. In his presentation video, previewed during the first episode of the show, in fact, the former tronista of Men and Women declared that she was attracted to Belli.

An uncomfortable situation for Delia Duran who, a few hours after the first episode, hurled herself against the show, the Selassiè sisters and, in particular, against Codegoni. She vented through stories on her Instagram profile, letting herself go to very strong words.

My husband entered the house because he wants to build a future for our family. He didn’t go there to entice and cheer up any kind of dissatisfied, popularity-seeking woman disguised as love. How dare you Sophie Codegoni! How dare the three ‘princesses’!

Delia Duran, lashing out at the competitors of GF Vip 6, forcefully affirmed that she did not intend to stand by and watch if someone went further by courting her Alex: “If this is the fold of the transmission, I enter the House and take it away. “.

In short, the program has only just begun and strong clashes are already in the offing. Will Alfonso Signorini grant Delia the opportunity to speak with her husband and the other competitors or will he ignore Duran’s outburst to give space to the dynamics set in motion within the House? 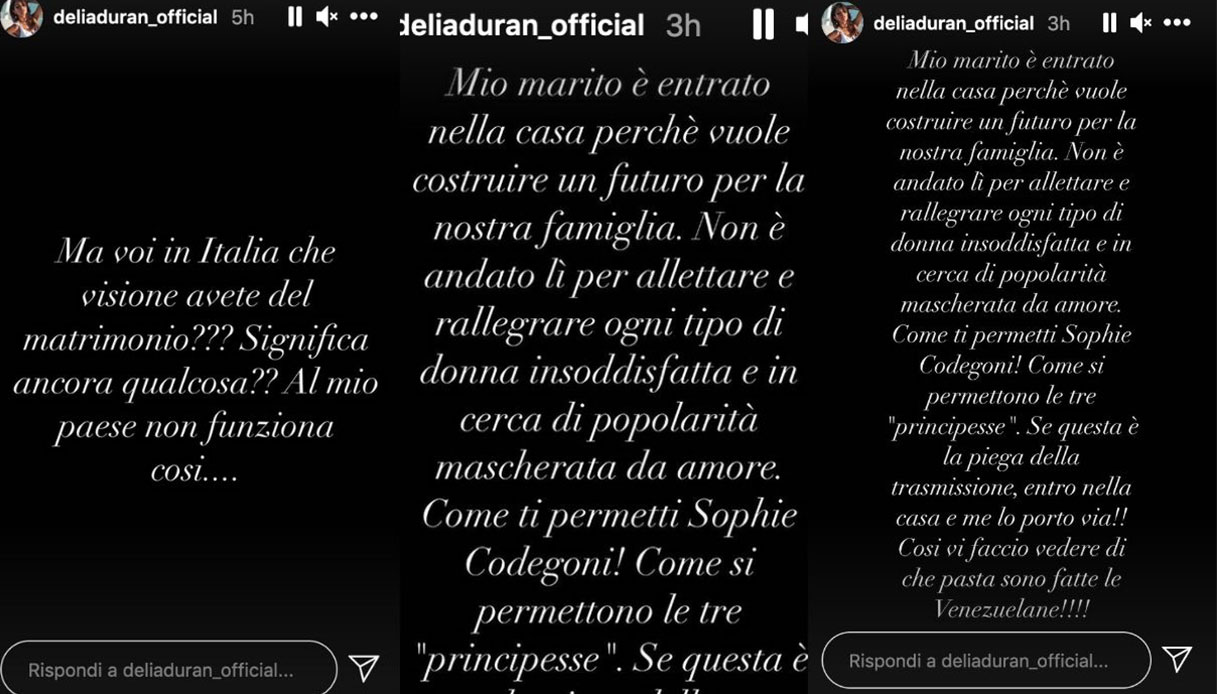 The outburst of Delia Duran, wife of Alex Belli, on Instagram.

Barbara Catucci
10158 posts
Previous Post
Sabrina Ferilli changes her look: the cut to copy (which makes her splendid)
Next Post
Mara Venier, the background on the farewell to Renzo Arbore: Domenica In has to do with it