GF Vip 6, Sophie Codegoni from the U&D throne to the most spied on house in Italy 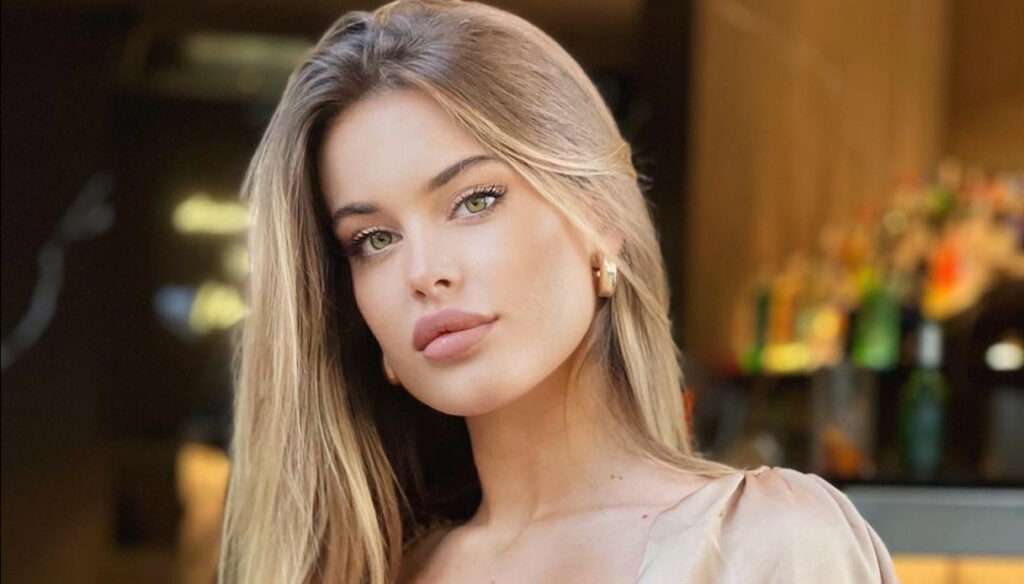 From the throne of "Men and Women" to the most spied house in Italy: the beautiful Sophie Codegoni is the second official competitor of the "GF VIp 6"

Sophie Codegoni is the second official competitor of GF Vip 6. The announcement comes directly from the social channels of the reality show hosted by Alfonso Signorini, confirming the rumors that have been circulating for some time. She is only 21 years old, yet we have already heard of this girl with magnetic eyes and a breathtaking body on several occasions.

“Bold, beautiful, on the cover and… always at the center of gossip!”, As she is described in the posts shared by Big Brother VIP, a portrait that actually fits her perfectly. Sophie appeared for the first time on the small screen on the throne of Men and Women, with a path that thrilled the audience of Maria De Filippi and which saw her come out alongside Matteo Ranieri. Between the two it seemed that there was a great understanding but, as often happens, outside the Mediaset studies, things did not go as the couple hoped.

Also complicit in the lockdown and the required distance (which have put a lot of couples to the test, not just VIPs), Sophie has separated from Matteo. Or at least that was what the beautiful tronista and next gieffina had hinted at. In recent weeks the discussion about this throne has rekindled, according to the insiders even completely false and mounted at the table.

In the last interview released on Chi, just on the occasion of the official confirmation of his presence in the cast of GF Vip 6, Codegoni gave a completely different version of the story: "He left me, he said that he did not like me either aesthetically or temperamentally … In short, a bad person, far from it, compared to how he had shown himself. I wasn't in love yet, but I was very busy and it was a disappointment ”.

"For better or for worse, the important thing is that we talk about it", perhaps this quote is valid for the beautiful Sophie Codegoni. Although at the beginning of his path to Men and Women he had confirmed his willingness to follow in the footsteps of his parents to continue the family business (they are dentists), subsequent events seem to have disproved everything. They gave her an arrival, they gave her the label of girl-in-search-of-visibility. We do not express opinions on the matter, but certainly the experience on the throne of Men and Women and the wave of gossip gave Alfonso Signorini a great boost regarding his choice.

Speaking of gossip, there was no shortage of flirtations (or presumed such) attributed to it, one after the other. Famous was the one with the footballer Niccolò Zaniolo (promptly denied by the person concerned), to go even to the engagement with Fabrizio Corona. On the two Codegoni was clear: “Zaniolo is a friend and Fabrizio is a wonderful person who is helping me and whom I really love: we are very close, we see each other often, but we are not together”.

In short, it seems that Sophie Codegoni will bring a breath of joy into the House of GF Vip 6. We will see some good ones.

Barbara Catucci
11951 posts
Previous Post
Meghan and Harry, the rapprochement with Kate and William: no resentment
Next Post
Al Bano and Romina without peace for Ylenia: Power is unleashed on Instagram