GF Vip, Bettarini does not fit with the disqualification: "Pawn of share" 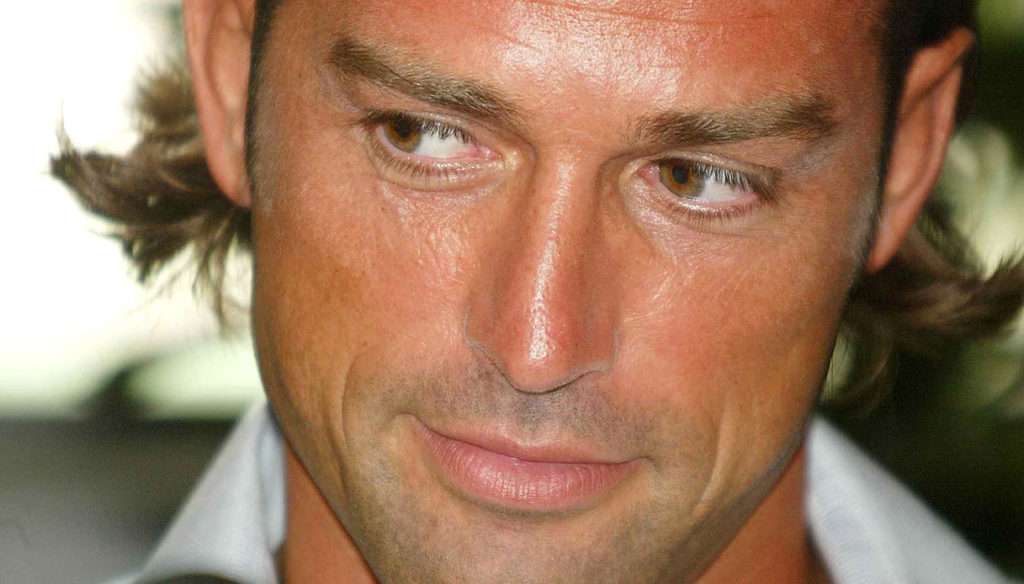 Stefano Bettarini expelled after only 72 hours inside the House of GF Vip for having cursed. But he is not there and expresses his dissent on social media

"It lasted less than a cat on the ring road": this is how his ex-wife Simona Ventura would have said, in the face of the expulsion of Stefano Bettarini from the House of GF Vip, after only 72 hours from his entry. Stefano cursed, Stefano was punished. It is useless to go around it too much, to use the mitigating factor of "Tuscanity" to justify its colorful language. There was blasphemy and the GF (almost) never forgives.

"I did not expect it from you, an old reality fox," Signorini told him visibly sorry for the flashy presence of the former football player in the reality show. Which, he knows, would surely add spice to the program.

“I was wrong, that's okay, you don't have to be sorry or sad” Betta commented hotly, in front of De Blanck's tears and the astonished gaze of the other roommates. Too bad that his condescension and understanding faded quickly, as much as his presence in the House.

The day after his disqualification, a post appeared on his Instagram account in which Stefano expressed not only his regret, but also and above all his disappointment and disagreement with the choice of the program, feeling, according to him, " exploited in the name of the share ".

Hunted for a colorful expression, for an outing that is a bit excessive and noisy, as we Tuscans often are.
Expelled for a "dirty word".
I did not curse, I never did and I never would.
"Madoska" I have often heard it said, out of anger, for fun, as interleaving. I use it and have used it for what it is, a distortion of another word that would otherwise be blasphemous to pronounce; a word modified in vulgar jargon precisely to avoid social censorship, so as not to be offensive and unforgivable. Most of all, that was missing, the intention to be irreverent and disrespectful to my religion. I therefore find the "sanction" disproportionate and, after 21 days of quarantine and 5 swabs, I feel made fun of; the pawn of an upward game …
Share. • 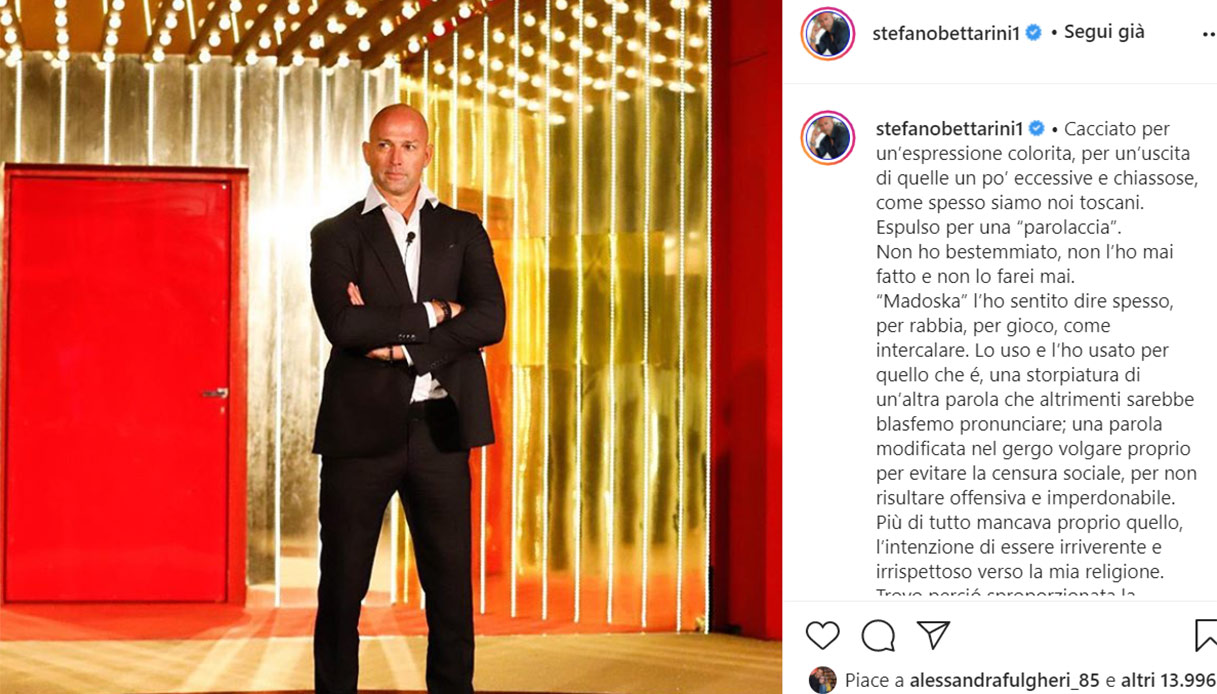 Barbara Catucci
5821 posts
Previous Post
Gerry Scotti would have been hospitalized in intensive care: how is he now
Next Post
Belgium: a pampering companion to chase away loneliness