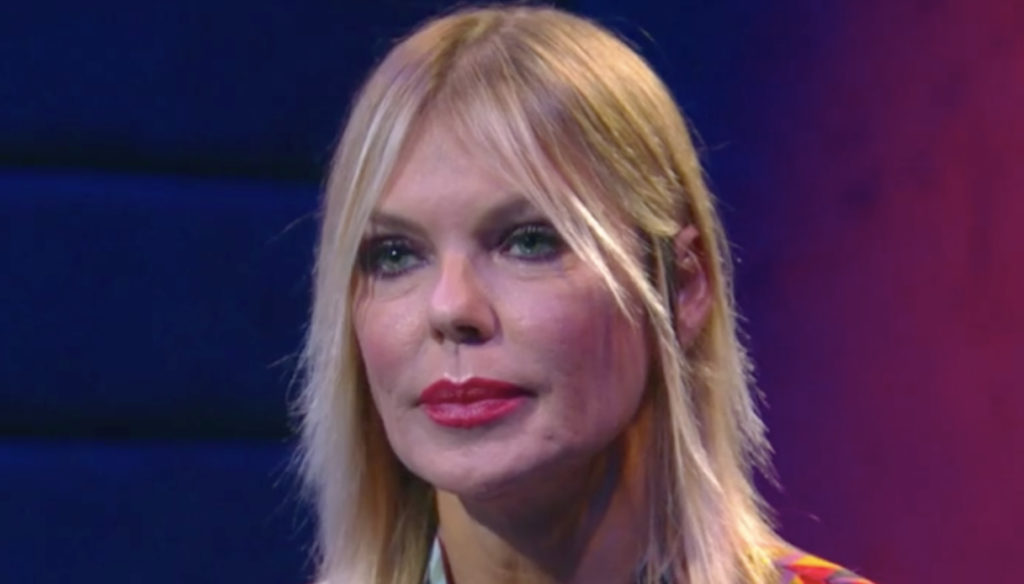 The fourth episode of GF Vip was very exciting, between the confessions of Gabriel Garko and the tears of Matilde Brandi

The tears of Matilde Brandi, the fragility of Adua Del Vesco and the courage of Gabriel Garko: the fourth episode of Big Brother Vip was full of twists. Alfonso Signorini, once again, has proved to live up to expectations, bringing to the small screen a show that speaks of all-round feelings and that does not disappoint.

Many exciting and touching moments that kept the audience in suspense and that show how this cast of the GF Vip is one of the strongest and well-studied ever. After an exciting third episode, the fourth was even more so! Our report cards to the protagonists of the evening.

GABRIEL GARKO – Highly anticipated guest of the fourth episode of GF Vip, Garko has fulfilled his promise and, breaking the wall of silence that has always enveloped his private life, he spoke with great sincerity. In the garden of the house, in front of Adua Del Vesco, Gabriel let himself go to a story full of emotion and truth. “The two of us together lived a beautiful fairy tale, beautiful, but a fairy tale – she told her colleague -. In fairy tales there are those who write them and those who interpret them and I don't know who has more fun. Did you have fun? Me neither. […] Do you remember when in Sanremo I told you that I wanted to do my own thing, there I started living, I said my true age, I found the child inside me. I have not been able to wear a mask since. […] Now I would like to live my life. With you as a friend, as it always has been. There is another story that I lived alone and that many call the secret of pulcinella. I wish I could say why it was a secret. The truth will override any sign of silence ”. The audience applauded his courage and those who have supported him silently and quietly in recent years, such as Gabriele Rossi. It takes a lot of strength and intelligence to do what the actor did. VOTE: 10.

ADUA DEL VESCO – In a few episodes she managed to sweep away her image as a perfect and somewhat "distant" girl. Sensitive and tender, she first faced the confrontation with Massimiliano Morra, then the very romantic meeting with her boyfriend Giuliano. In love with the boy she has known since school, Adua confessed her desire to start a family and was moved to tears. “Don't cry and don't apologize – her boyfriend told her -. I am here because I was worried, because I saw you cry, I saw you sad, melancholy. I don't want to see you cry anymore. Massimiliano is a good guy, I'm fine. Stay calm. You faced the past. Now enough with the past, let's put a stone on it, if we want we will face the past in the appropriate places ”. VOTE: 8.

MATILDE BRANDI – We are used to seeing her always smiling, but in the fourth episode of the GF Vip, Matilde Brandi was moved by talking about her private life and her relationship with her partner Marco Costantini. The showgirl confessed, in tears, to having lived difficult moments, but to have overcome them for the love of her daughters Sofia and Aurora. “Marco and I are opposites, it is not easy to build perfect relationships – he admitted -. I think it's impossible. The ratio dropped a little and rose a little. I wish it had always been uphill. We stayed together for them. Children need to have both parents. I would like to have a little more attention ". Strong, sincere and true woman: she still has a lot to give to this reality show. VOTE: 8.

PATRIZIA DE BLANCK – Entry to the GF Vip as a great protagonist, in recent weeks the countess has appeared a bit subdued in the episodes. At the time of the nominations she became the protagonist of a fight with Adua Del Vesco. “I name Adua for a reason, because I was talking to my interlocutor and she was talking and talking to another – he said -. I picked her up and she answered me very badly. He replied very badly ”. The actress who defended herself from the accusations immediately replied. VOTE: 6. Give us back the Patrizia De Blanck from the first episode!

TOMMASO ZORZI and FRANCESCA PEPE – Also in the fourth episode of GF Vip, Tommaso Zorzi and Francesca Pepe had the opportunity to clash. The quarrels between the two are now on the agenda and risk obscuring and overshadowing the character of both. Where are their personal stories, dreams, frailties and emotions that only the GF Vip is able to bring to the surface? VOTE: 5.