GF Vip, Dayane's confession: "It's not friendship, I love Rosalinda" 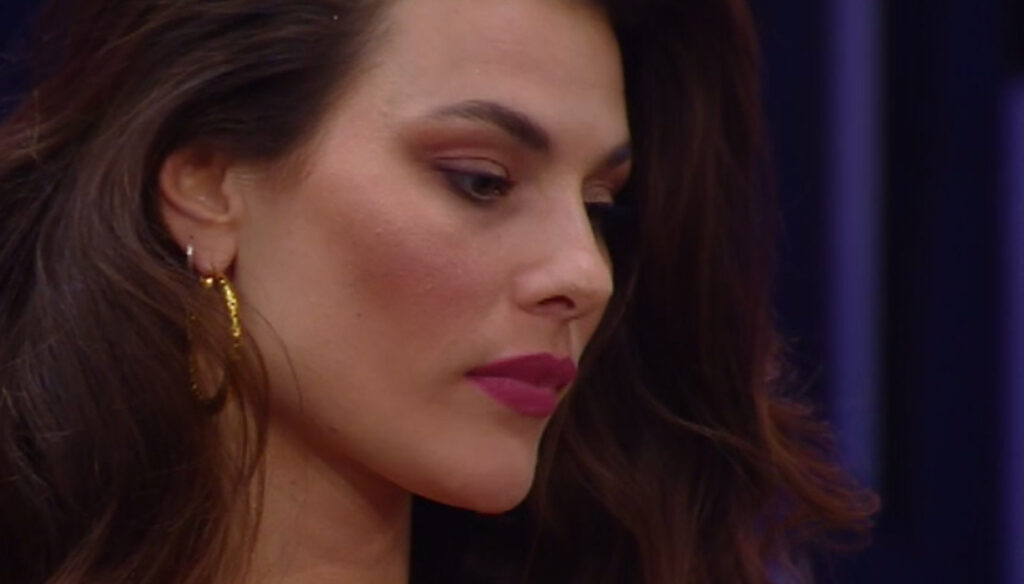 During the episode of "GF Vip" Dayane made a confession that left everyone stunned, claiming to love Rosalinda

There is only a week left until the final of Big Brother Vip, which until the end is reserving great emotions and twists for viewers.

As announced by the anticipations, the three finalists were faced with a very difficult choice: to take sides against one of the three nominated, aware of being able to influence the televoting of the public at home. Dayane chose Stefania Orlando because of their turbulent relationship, Pierpaolo Samantha De Grenet, because more tied to the other two tenants, Tommaso instead confirmed the nomination of Andrea Zenga, because in his opinion the two women have shown more character in their path to interior of the House.

But the episode saw Rosalinda Cannavò and Dayane Mello as protagonists with their relationship that has caused much discussion in recent months. Their bond, which in the weeks inside the Cinecittà loft has grown deeper and deeper, was put to the test when the actress approached Andrea Zenga.

In fact, Dayane felt betrayed by her friend for not having been made aware of her feelings for the boy, she felt excluded from her life at a fundamental moment.

“I may have made mistakes – said Rosalinda – but this is not why I never threw mud on her. I have every right to make my nominations without having to have his consent ”. Dayane's reply was ready and replied: "If you had told me I feel this, I would have said go for it, but I only heard things in pieces and I wanted to protect her".

After the initial clash, there was a rapprochement between Rosalinda and Dayane. The two tenants clarified, but during that confrontation the Brazilian model used very strong words: "I want to stay out of your happiness because you live love I live death. I feel the pain all day I don't want to interfere in his life. I need my space ”.

Called into the mystery room, Mello let herself go to a confession: by reselling the images of the confessional – in which she admitted in tears to Pierpaolo Pretelli that he loved her – she confirmed that for Rosalinda it was not a simple affection, but something more:

I think for a moment what I felt for her was true love. I didn't tell her before, I only felt love once for another woman, but it didn't blossom because I didn't jump in and we didn't go any further. I had not evaluated a love story between women, I simply gave all my love, if it was not born I am not the one to force things. I think she is in love with Zenga, but I need to build a family, I have a daughter who looks at me. I have had my experiences and I know what I like, that's why I tell you that I felt love for this woman.

Dayane then returned to Rosalinda for a hot discussion on her declaration of love: "You never cease to amaze me," said the actress. And then he added:

I love you a lot, I didn't expect those words. Ours is a love, I'm sorry if I couldn't understand what you wanted to tell me, but for me you were fundamental because I understood a very important thing about myself, I understood that I fall in love with the head than with sex and I in some way i loved you and i love you.

Barbara Catucci
7280 posts
Previous Post
Michelle Hunziker, on Instagram photos with Aurora "We wanted you so much"
Next Post
Raffaella Mennoia operated on: "I can't wait to go back to my life"