GF Vip, Elisabetta Gregoraci clarifies with Pretelli. And he doesn't send them to tell Briatore 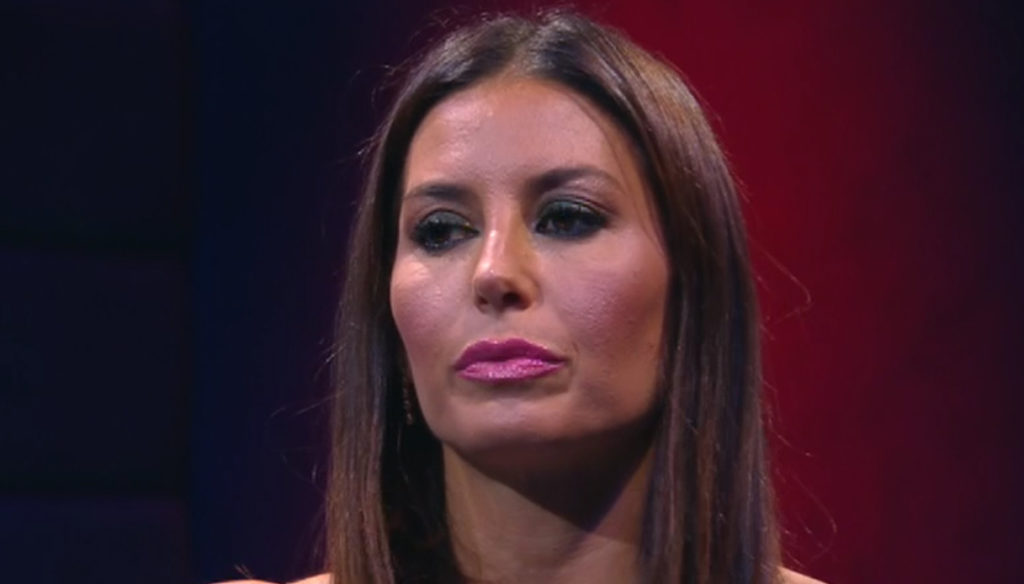 At the GF Vip, new clarifications between Elisabetta Gregoraci and Pretelli. And she responds harshly to Flavio Briatore

Another appointment full of emotions and comparisons the one with the GF Vip. The spirits of the tenants of the most spied-on house in Italy have heated up over the last week, so much so that during the evening everyone had the opportunity to exchange vitriolic jokes and take digs.

The third episode began with a twist: Alfonso Signorini announced the cancellation of the week's televoting, because the production decided to disqualify Denis Dosio due to an offensive expression pronounced during the night.

The boy came out in the tears of all his fellow adventurers, who did not expect such a harsh measure for Dosio. "But can't you forgive?" Countess Patrizia De Blanck told the conductor, trying in vain to keep the boy inside the Cinecittà bunker.

Signorini, however, immediately changed the subject, calling Elisabetta Gregoraci and Pierpaolo Pretelli to the confessional, ever closer and closer. The boy confessed to several tenants that he has really important feelings for Briatore's ex.

During the week Elisabetta and Pierpaolo spent romantic moments in the pool, of complicity and understanding: Pretelli confessed to Matilde Brandi that in those intense moments the showgirl would have whispered in his ear “I would like to make love with you! ". Gregoraci immediately denied having uttered the sentence and explained:

This relationship we have is wonderful, but if I'm holding back there will be a reason. I have never said those words, we have been here for 17 days! I know we are very beautiful together, I love when the lights go out every night and he comes to cuddle me, when we hug. It's all very nice, but he needs to be more calm, if I have set up stakes there is a reason.

Pretelli then wanted to clarify with the roommate, saying he misunderstood. Pressed by Signorini, Gregoraci then admitted: “It takes time… You must be a Pierpaolo man!”. It would seem that Elizabeth has not completely precluded a possibility for the boy, but it is clear that on her part there are still some reticence. Because Gregoraci, as we know, has a cumbersome past behind her, the marriage with Flavio Briatore:

We were together 13 years, the bond is there and will always be. Even though it ended three years ago we never really broke up, we have a son. I feel affection for him, I love him, he is an extraordinary man and I loved him so much.

Yet the showgirl during the week revealed that she often felt alone in the years she spent with her ex-husband, admitting that she had sacrificed her life for him. As if that wasn't enough, she also vented on a painful episode in her life:

I didn't imagine feeling so alone during the wedding. Unfortunately, there were some very delicate moments when he wasn't there, like my mother's funeral. It is a subject that he knows well, that was the subject of a fight, and that made me suffer a lot.

Signorini then informed the showgirl of an interview that her ex-husband gave to Fatto Quotidiano. In particular, one sentence triggered Gregoraci like a spring: “Do you want to be independent? You give up what I pass to you ":

I have always gone straight on my way – Elisabetta replied promptly – I have never said anything and I think that certain things should remain private. I have never been ashamed to cut the ribbon of the chestnut festival or to participate in Big Brother with these fantastic guys, for me it's a job and I'm doing it with my head held high.

Barbara Catucci
5426 posts
Previous Post
Very true, Roberto Giacobbo from Silvia Toffanin: "I was one step away from the end"
Next Post
Tale and Which Show, surprise for Carmen Russo. And Pago excites with Moro