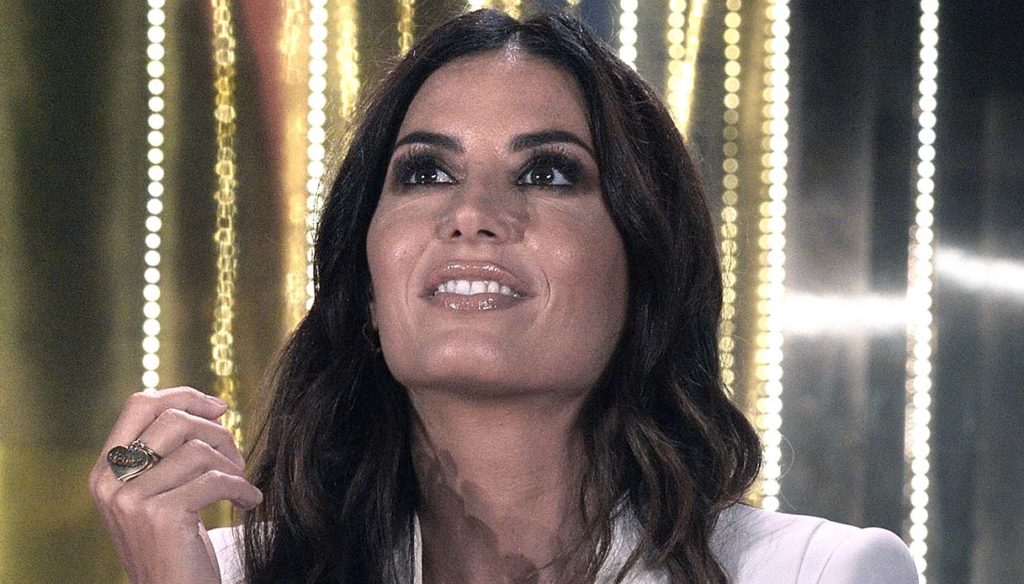 After the warm welcome of the first weeks, the House attacks Elisabetta Gregoraci. Strategy or latent envy?

Among the competitors of the GF Vip, one name stands out above all: Elisabetta Gregoraci. Even before her entry into the Cinecittà House, the presenter had been announced and supported in a loud voice. She entered the second episode and, since then, has been at the center of debates, clashes and gossip.

If initially the spotlight was on relations with her ex-husband, Flavio Briatore, little by little they moved to the alleged liaison with roommate Pierpaolo Pretelli. Affinity, complicity, confidences, eloquent looks: the two begin to make a couple, although there is no physical contact, but from above, sorry, calls come from outside. Briatore gives an interview to Fatto Quotidiano, criticizes his fun 'with the kids' – referring to Pretelli – and writes to the program. A cryptic letter in which, behind the loving words of sincere affection, a warning seems to hide for the good of all: have your experience, but don't talk about me.

Filed the good Flavio, the relationship with Pretelli seems to mesh. The two are officially the lovebirds of the fifth edition of GF Vip, Signorini treads the hand bet after episode. The happy ending is near, most people think. Instead, while Elisabetta tries to clarify herself, the House takes care of sending her into confusion and making her relationship with Pierpaolo turbulent.

The attacks of Stefania Orlando and Guenda Goria

Little by little, the playmates launch more or less detailed attacks and try to undermine the role of leader that he has been able to conquer in almost two months of imprisonment. Guenda Goria defines it as false, sinister and devoid of humanity. Stefania Orlando constantly criticizes her relationship with Pierpaolo and her indecision. It spurs her to get involved and ignore the outside world. The shadows cast on the figure of Elizabeth increase and soon turn into a perennial nomination.

What is striking, however, is not the nomination itself, but the arguments of the roommates. Whether they talk about her relationship with Pierpaolo or how she washes the dishes, the conversation promptly degenerates and the attacker ends with a reference to money and her home in Monte Carlo.

Yes, exactly. Elisabetta Gregoraci is portrayed as a strategist, a centralizer, a power-hungry Cleopatra, capable of making all men fall at her feet. Maybe that's the way it is, or maybe the feeling with Pretelli was born in a natural way, without preordained tactics. The curious aspect concerns, as we said, money. The wealth of the former Mrs. Briatore, which the roommates do nothing but emphasize, becomes synonymous with guilt.

The House against Elizabeth: strategy or latent envy?

The problem, in fact, is not Elizabeth, but the perception that others have of her, crossed by a dark feeling of envy, one could almost say. Attacking a person in a reality show is taken for granted and is part of the game. It is not logical, however, that this should be done by betting on the money it owns.

If in the first episodes Fulvio Abbate defined her as Cleopatra, without however transcending, now the competitors go further and focus on the less elegant aspect: wealth. Even during the live broadcasts, there are references to Briatore as a wealthy man, who with his possessions conquered the greedy Gregoraci.

It makes you smile (bitterly) that criticism always comes from women. Guenda Goria, Stefania Orlando and Antonella Elia are the emblem of this way of doing bad taste, unfortunately always in fashion. One wonders: do women accuse Elizabeth of being disgusted by her Monegasque life or, deep down, are they a little envious?

Apparently they point to her for her character, for how she moves around the house, for how she washes the dishes. Then, however, they always arrive at the same point: the privileges acquired by marrying Briatore. This assumption stimulates several reflections, two in particular. First: they are all show women, why focus on a colleague's life instead of your own? They go to great lengths to paint her as a Cinderella saved by the Prince. Maybe so, maybe not, but it doesn't matter. Above all, what does it matter to others?

Beyond the easy inferences, Elisabetta Gregoraci is a TV presenter with a far wider experience than that of many roommates. For several years she was the hostess of Made in Sud, for two years she has been leading Battiti Live on Italia 1. Now she participates in Big Brother probably to have greater visibility and open new doors, but she is neither an unknown who lives on light reflected nor a showgirl fallen into oblivion.

The attacks, on the other hand, come from people who have been absent from television screens for some time, in the case of Orlando; by still immature characters, in the case of Goria. Elia, on the other hand, is part of a set apart as a commentator of the program, who is entrusted with the task of teasing the competitors. With Gregoraci he exaggerates and even a lot, but apparently nothing can be done to keep her at bay.

Observing the popular uprising against the alleged Cleopatra of Cinecittà the question arises: is it plausible that some competitors attack it because they understood that if they talked about themselves no one would run away? To think badly of others makes you sin, but often you guess.

Finally, a word about men. In this darts match against the face of Elisabetta Gregoraci conducted with hatred and strength by women, the men defend her. Pupo and Alfonso Signorini try to stem the vitriol judgments, but they do not succeed in their enterprise. As always, despite the long debates on female solidarity, men try to dampen it, while women continue to add fuel to the fire.

All men except Pierpaolo, the roommate with whom a special feeling seemed to be born and who is now no longer willing to accept Elisabetta's times. Pretelli, the knight who, if he had maintained a shred of clarity without listening to his companions, would have conquered his beauty, showing her solidarity and support. He too has fallen into the trap of the women of the House. He too has succumbed to the distorted portrait of Gregoraci. Too bad, it would have been a good story to be passionate about, regardless of the birth of a love or not. To Elisabetta, once the reality show is over, we recommend that you continue to ignore the spurious attacks and respond with silence. After all, you become rich, but gentlemen are born. And it is proving it, episode after episode.