GF Vip, from the siren wind to the outbursts of De Blanck: report cards of the 1st episode 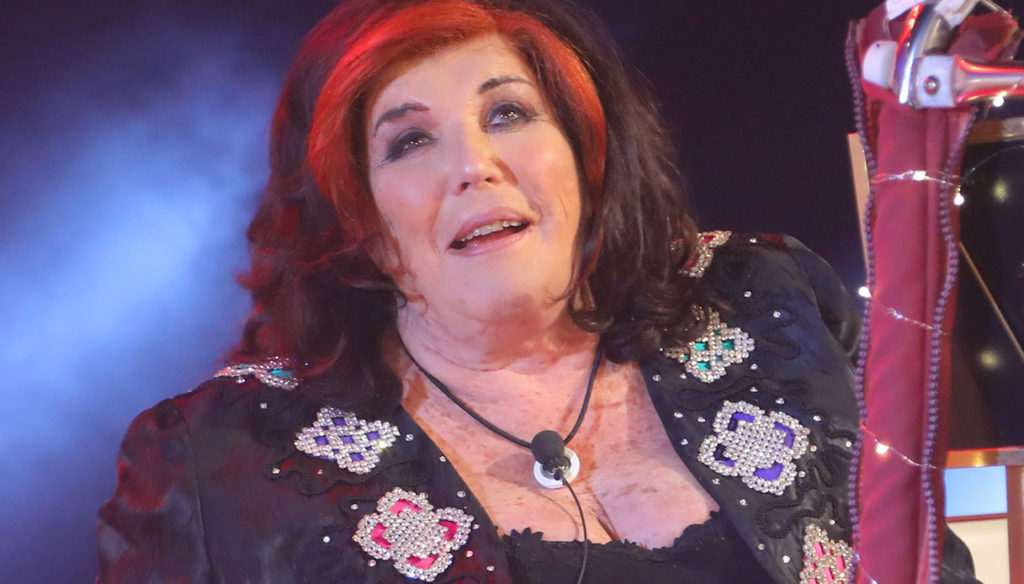 GF Vip, the first episode of the fifth edition starts with a bang: from the singing (out of tune) of Flavia Vento "siren" version to the outbursts of Countess De Blanck

If a good day starts in the morning, this fifth edition of Grande Fratello Vip has all the credentials to make a bang. Among breathtaking beauties, old glories of the show, web stars, darlings of national-popular TV and above all decidedly eccentric characters, Signorini has managed to assemble a varied cast capable of teasing every palate. And the first episode, which aired on Monday 14 September 2020, proved this to the fullest. Our report cards.

ALFONSO SIGNORINI: the mixed language and the obvious emotion of the first episode of last year, when he tried his hand at the reality show for the first time, are now a distant memory. Alfonso now knows the object he wisely handles and the mechanisms of the show well. And the matter is his, between gossip, in which he wallows great, and moments in which he tries to turn to current events and reflection (see the tribute to Willy and the anorexia parenthesis with Adua Del Vesco). Rating: 7

PUPO: Recalled as a columnist after the success of the last edition, the singer treads a little too much in the double sense at all costs, risking falling into vulgarity. From thin to heavy, on TV, it's a moment. VOTE: 6 -. (POSTPONED TO THE NEXT EPISODE).

ANTONELLA ELIA: They wanted you as a columnist given Alfonso's sympathy for him (evident in the last edition) and the success of the public. Too bad they have surely told her: "Attack" and she seems to be looking ravenously for a bone to bite. He tries with Dayane, then follows with almost all the other female competitors. Only men are saved, for whom he reserves words of exaggerated appreciation. He must moderate himself a little, otherwise his spontaneity and truthfulness, so much appreciated in the past, risks becoming a “pretext for quarrel”. VOTE: SUSPENDED

MATILDE BRANDI: The former dancer and showgirl immediately turns out to be a funny guy. Those friends you call to make the evening because you know they are the first to throw themselves into the "caciara" and raise their elbow. And in fact after the second advertising break it is already shining. On social media they are all crazy for her, instantly elected among the web favorites. VOTE: 8

ADUA DEL VESCO and MASSIMILIANO MORRA: It is not clear whether they were called for their individual value or why Alfonso hoped for their inevitable sparks, given the former relationship ended badly. Certainly having locked them up together, unbeknownst to them to the end, was a diabolical idea of ​​"Alfonsina". And the initial clarification, in favor of cameras, smacked of a recycled episode of Sin and Shame. VOTE: 5

TOMMASO ZORZI. He was Alfonso's ace in the hole and in fact the noble influencer, very young and outspoken gay, is really nice and witty. His releases immediately hit the mark, so much so that on Twitter he is already given as the predestined winner of this edition. If it is not paved first by Countess De Blanck. VOTE 8

FLAVIA VENTO: We have known for some time that she was dazed and naïve. She had previously stated that she hadn't had a man for ten years. But that she presented herself dressed as a mermaid and delighted us with an out of tune song of call of the sailors was beyond our expectations. He said that he lives with his seven dogs and practices two hours of prayer and the same amount of meditation every day. Flavia (among other things visibly slimmed down) will certainly give us great satisfaction. VOTE: 9 ON TRUST

FAUSTO LEALI: our "Wilson Pickett della Brianza", cult singer of the 60s, is the classic GF Vip character of which one inevitably asks: "But he really needed to enter the House, between showgirls in the smell of fame and characters semi-known? " Seeing him between former tronists and famous brothers, in the confessional, a parody of the fifth member of One Direction (Twitter docet), is tender. Disoriented and out of water like few others, we hope it finds its rightful place in the program or is likely to last less than a cat on the ring road. VOTE: NOT RECEIVED

CONTESSA PATRIZIA DE BLANCK: The most eccentric and over the top of the group, she started with a bang, amidst swear words, “outbursts and threats to leave from the first awakening. She doesn't like the chickpeas given to her by the production, “scazza” immediately with Zorzi who gave her on Chi of the fallen countess and inveighs against the Broadway-style lights in the bedroom, which do not make her sleep. Basically it is a mix between Pamela Prati, Antonella Elia and Malgioglio of the past editions. Keep it inside as a wonderful antidote to boredom. VOTE: 10