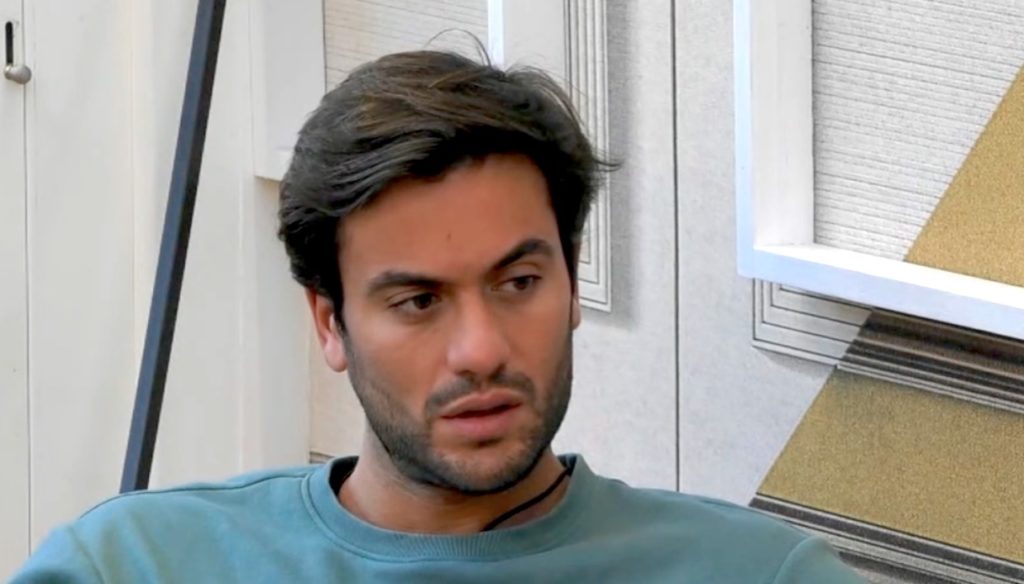 After the episode of "GF Vip" and the words of his family, Pierpaolo Pretelli vented to Giulia Salemi

In the House of Big Brother Vip for Pierpaolo Pretelli and Giulia Salemi are difficult moments. Although their feelings are authentic and sincere and their bond grows stronger every day, the newly born couple found themselves forced to face the opinions of those outside the Cinecittà loft.

During the last episode of the reality show, the two had to deal with the skepticism of the former velino's family members about their relationship. It was above all Giulia, in the first instance, who was hurt, especially by the comments of Pretelli's brother, who in several interviews expressed the desire to see Pierpaolo next to Elisabetta Gregoraci.

The same opinion seemed to be the mother of Pretelli, who last week, during the surprise to her son, had shown herself very cold with the young influencer. So Salemi had a breakdown during the night, but Pierpaolo has always been close to her, ready to support her: "Apart from my sensitivity which can be touched or not, I can feel bad about it and pretend that I don't you touch, but what you do displaces me, ”she admitted.

The two lovers, however, continued to talk about it a few hours later: this time it was the ex velino who showed all his bad mood for the words spoken by his brother. Giulia and Pierpaolo remained tight in an embrace for a few minutes before tackling the problem: "I'm so tired – said the influencer – I don't even have the strength to speak, which is why perhaps we were hugged in silence".

Salemi confessed to her partner all her emotions: “I'm afraid that if I let myself go you will become central to me, so your mood has repercussions on your mood. I'm not interested in interference from fans, from your family, if you're sick I'm sick. I worry about you perhaps more than you worry about yourself ”.

Pretelli, embittered and sad for the words of his family, let Giulia speak – who also claimed to have appreciated the firmness in defending her – and then vented to her: "I'm tired … I take responsibility for what I have done until today, but why if I'm fine today am I forced to justify myself to someone? I have never asked myself the problem so far. What made me feel bad is that my son is pulled in by my mother and brother. Because? That's my weak point ”.

Barbara Catucci
6494 posts
Previous Post
A place in the sun, the real reason for Nina Soldano's farewell has been revealed
Next Post
Andrea Cerioli and Arianna Cirrincione soon parents? The words on Instagram