The twentieth episode of “GF Vip 6” saw yet another clash between Soleil and Gianmaria, but also a twist for Miriana Trevisan 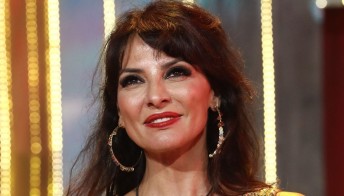 The twentieth episode of GF Vip 6 was (as always) full of moments with a high rate of emotions. Certainly there was no lack of Miriana Trevisan, the least welcome to televoting who risked abandoning the most spied on house in Italy forever. But to attract attention was yet another clash between Soleil Sorge and Gianmaria Antinolfi, which in fact saw Vippone’s platoon entirely deployed against him. In the reality show hosted by Alfonso Signorini the tones are getting brighter.

Soleil Sorge is certainly not one who sends them to say and even in the twentieth episode of the GF Vip she has shown that she has a pretty good gab. Once again the gieffina lashed out against Gianmaria Antinolfi, who never attracted her sympathies despite the past love affair. And it is precisely with regard to this short flirtation that he made some revelations about the entrepreneur, accusing him of not being sincere and of playing in the most spied-on house in Italy, pretending what in reality it is not: “When he started wanting to buy me of things, moreover in outlets, I moved away. (…) He’s a lot of playboy, he hides behind the idea he wants to show himself, but then he eats pasta and peas. But how big is your house? You place yourself as someone who lives in luxury while disdaining simplicity. The problem is how you sell yourself “. A speech not exactly edifying, let’s face it, so much so that between a laugh and the other Signorini himself commented: “You are a viper!”. But it seems that the other Vippone confirm this theory.

Miriana eliminated, then the twist

Miriana Trevisan is one of the most discussed contestants of this edition of the GF Vip. She was at the center of attention in particular for the love story (or thereabouts) with Nicola Pisu, who got a big crush on the showgirl, but this time we saw her protagonist of a nice twist. According to the results of the televoting, the beautiful Miriana received little appreciation from the public who decided to eliminate her from the game. In response, the GF gave her the return ticket, so in general amazement she returned to the House and her journey continues (even if she is again nominated).

The surprise for Aldo’s birthday

Once the unpleasant episode (indeed, quarrel) with Alex Belli has been definitively filed, for Aldo Montano the twentieth episode of the GF Vip was the promoter of a beautiful surprise. Alfonso Signorini showed him some videos of wishes for his birthday, which he celebrated on November 18, sent by friends and family. But the most exciting was that of his beloved wife Olga and children, in front of whom he was unable to hold back the tear.