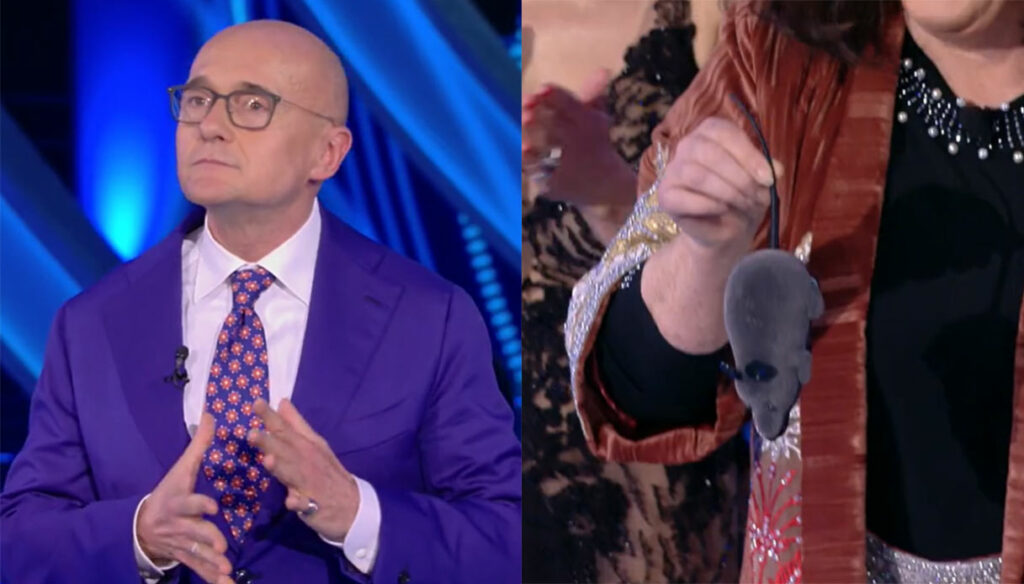 Gf VIP: during the live broadcast on February 22, 42nd (sic!) Episode of the longest reality edition in history, a curtain was staged halfway between the comic and the grotesque, which gave one of the best moments of the program , because not only did it awaken the drowsy audience, offering adrenaline and unexpected laughter, but because it was undoubtedly THE real moment of Big Brother, the only one away from strategies, plays or simulations of sentiment: for the first time it went on stage pure fear and dismay.

A (fake) mouse introduced by Malgioglio in the studio was enough to unleash the panic, or rather, the terror of Alfonso Signorini who has repeatedly told of his phobia of rats and cows.

Worthy of a Golden Age Bolt, Alfonsino covered the 20 meters of the studio in 5 seconds, with a record-breaking stride, shouting "Help, there is a mouse. I saw it guys, send the ad, soon ".

And the subsequent reassurance of the guests and commentators in the studio was of no use (“But it's fake”). Alfonso was now irrecoverable, halfway between the terrified and the bewildered, indeed, urge just by the joke.

"Don't even let me see it, but go away … I don't want to do these things here, I'm afraid, I don't care that it's fake, I'm afraid all the same, just sit down".

Not even an attempt at a goliardic joke by Pupo ("It will be a rat.") Can restore calm in the studio. The fat is in the fire. Alfonso turns to the authors of the joke – Malgioglio and Contessa De Blanck in the first place – with a threatening "After we do the math". Which contains the full weight of his anger.

We, on the other hand, are left with the laughter printed on our faces. And the feeling that, for once, Big Brother has really hit its target as a social experiment.