GF Vip, the report cards of the episode of February 1st 2021 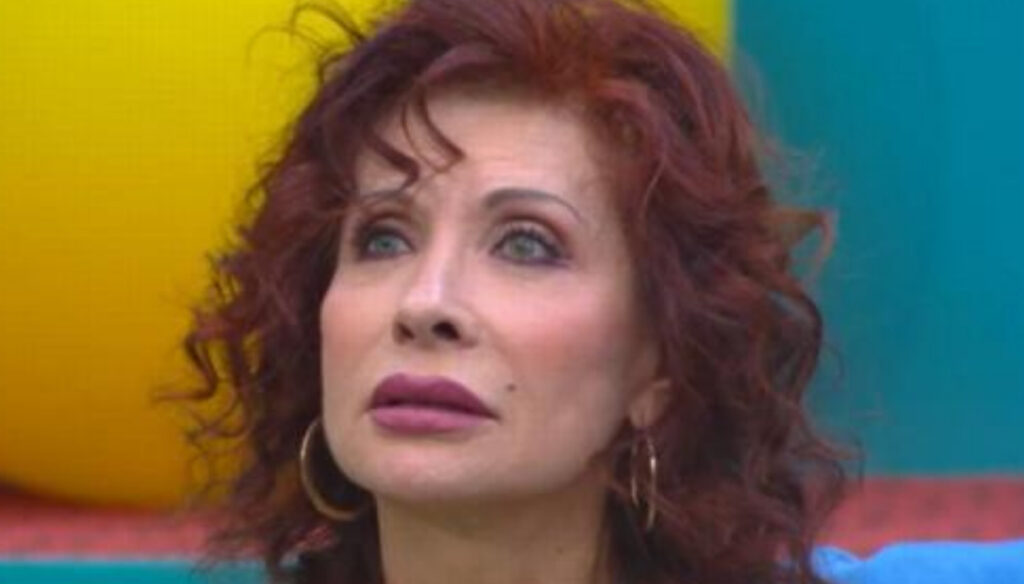 The episode of February 1st of the "GF Vip" offers many twists, from the proposal to Carlotta to the failure to eliminate Alda

Alfonso Signorini does not disappoint and offers an episode of the GF Vip exciting and full of discussion points. As expected, the episode of February 1st opened with the production decision regarding Alda D’Eusanio who had uttered offensive sentences a few hours after her entry into the Cinecittà loft. Unlike what happened to Fausto Leali, the journalist was not forced to leave the house. Great emotions for Carlotta Dell’Isola, who finally received a marriage proposal from her Nello, and for Andrea Zenga who met her brother Nicolò. Peace made, finally, between Giulia Salemi and Elisabetta Gregoraci.

Let's find out the report cards of the characters and the votes at the key moments of the episode of the 1st February 2021 of the GF Vip.

ALDA D’EUSANIO – Many expected Alda to be disqualified after a few sentences, but in the end the GF Vip decided to forgive her. It was Alfonso Signorini who explained the reason. "We all know that, even in the case of inappropriate words, there are heavier and lighter contexts – he explained – […] You didn't address that word to a particular person, but it was still an unfortunate joke that, albeit unintentionally, it can hurt ”. D'Eusanio appeared very repentant and, saved by televoting, apologized. “Often in the way of speaking we are wrong – he said -. Mine is an attitude of democracy and total egalitarianism. Until a few years ago this was said, it is like no longer saying "gypsy" but "nomad". You don't do it on purpose, I'm really sorry if someone is offended. I got the word wrong, but I didn't have a derogatory attitude. If not, let's talk about "against racism". As a white person, I ask forgiveness for all that the white race has done to black slaves. Those who do not believe in racism can sometimes make mistakes ”. The choice divided the audience and Mario Balotelli commented angrily, posting a message on Twitter. “The nonsense of a program seen by many is unbelievable – he commented – and having the part not seriously offended vote even more is proof of an unacceptable ignorance. Italy, guys, as I always say is the most beautiful country in the world ruined by a few morons. Disappointed and sad ”. It is difficult to judge Alda after so few days in the GF Vip House, she certainly faced the controversy with great grace and appeared repentant for what was said. Will it be enough? For now we do not pronounce. VOTE: Suspended.

CARLOTTA DELL’ISOLA – From some points of view it was a small disappointment in this GF Vip. Undisputed queen of Temptation Island, in the House she was "swallowed up" by the strong personalities of the other competitors and struggled to emerge. This is also demonstrated by her elimination, which came after weeks of not talking about her. Unfortunately, Carlotta's comic verve did not emerge in the Cinecittà loft. A real shame, especially since her sparkling character re-emerged only in the last episode when she found herself in front of her boyfriend Nello, ready to marry her. The former Temptation Island competitor asked for Carlotta's hand, she, excited, accepted, stating however that she first wanted to check if "he was good", while she was at GF Vip. “As soon as you leave, everything is ready, I took the house for the two of us!”, Nello promised. “He has always been good! – Signorini reassured her -. I had the paparazzi follow him ". VOTE: 5.

ANDREA ZENGA – Revelation of this GF Vip, Andrea has conquered everyone with a great sensitivity and the courage to never hide the tears. To excite even more, in the episode of February 1st, came the long-awaited meeting with his brother Nicolò, after his father Walter Zenga's entry into the house. The relationship between the brothers, raised by Roberta Termali, appeared in front of the cameras in all its strength. A strong and sincere bond, splendid as few. "You and I are one – said Nicolò in front of his brother, who has melted into tears -, I don't care about crossing you and there is no one who overlaps the other. I live all the emotions with you. We are all very proud of you, we were all convinced that you would show yourself for who you really are. You are a force, you don't realize it ”. There is also room for a comment on the gesture of the former goalkeeper who revealed that he wanted to get closer to his children. "Unfortunately, I don't know our father enough to give a direct opinion on how he reacted – clarified Nicolò -. But I want to appreciate the momentum he had, the fact that he got here. I want to hope that he was unable to express himself at his best. I stop and say that I appreciated the gesture, but I can't tell you anything else at the moment ”. VOTE: 8.

ELISABETTA GREGORACI – In the new live broadcast by GF Vip, Alfonso Signorini finally puts an end to the triangle made up of Giulia Salemi, Elisabetta Gregoraci and Pierpaolo Pretelli. Those who expected sparks in the confrontation between the influencer and Briatore's ex-wife were disappointed. Alfonso Signorini, speaking with the couple of the House, tried to analyze the tensions of the last few days. "I saw that Giulia is a bit nervous, especially after the last episode. I can't say though if she was more nervous or more jealous, ”she said. At that point, surprisingly, Elisabetta Gregoraci took the floor, most likely with the conviction that she wanted to close the conversation. “I am very happy that Pierpaolo is in the final – he clarified -, but don't worry about dinner, let's all go together! Giulia, stay calm and don't worry, Alfonso will come with us too ”. Elegant and never over the top, the showgirl did not exploit the idea of ​​a possible triangle with the remaining competitors in the House and proved, once again, that class is not water. VOTE: 9.