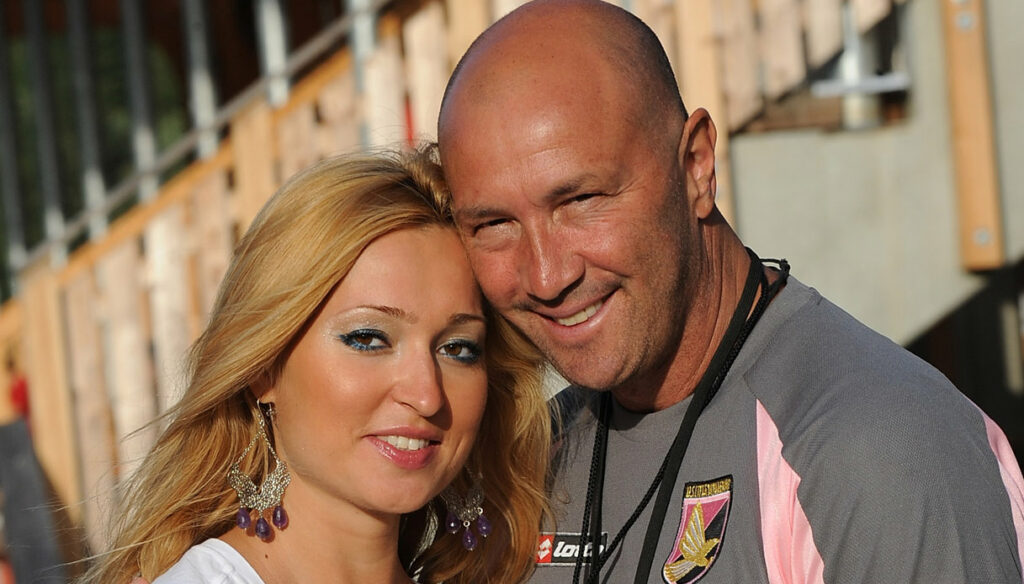 "His name is a springboard": Raluca Rebedea defends Walter Zenga and reveals the background on his children, Andrea and Nicolò

Controversy and back and forth between Walter Zenga, his children and exes do not subside. Now it's the turn of Raluca Rebedea, the current wife of the former goalkeeper who intervenes to defend her husband.

After the rumors of separation between Zenga and Rebedea, which emerged after a post on Walter's Instagram profile was immediately deleted, the former footballer declared that there has never been any crisis between him and Raluca and that they are still happily together. To dispel any doubts, her better half takes the field to support her husband from the attacks received, by the children Andrea and Nicolò, born from the marriage with Roberta Termali.

Raluca Rebedea to the weekly Nuovo said: “His name seems to me to have become a springboard for gaining notoriety. He is not the bad father they described. With our two children he has always been present, tender and caring ". Therefore, the current Ms. Zenga believes that the harsh criticism and claims against her husband are only a hoax to exploit his notoriety.

On the other hand Walter Zenga has accepted to enter the House of the GF Vip where his son Andrea is as a competitor to meet him and undergo a direct confrontation with him and Live – It is not the D'Urso has shown himself a proud father of his offspring, without showing any grudge for the jabs that were addressed to him. Andrea – declared the former champion "It is the one of my children who resembles me a little more. I looked into his eyes and saw that he had this strength inside that is making him go through a very beautiful path ”.

While of Nicolò who did not spare his father heavy criticism, he said: “The first blame I give myself is that of a parent who wonders if he has managed to establish a positive relationship with his children. The fundamental problem is that in my head there are periods in which there are different families between separated people. When a certain thing happened in the family he was dating these problems came up, why didn't they come up before? ”.

In the meantime, some background on the family ties of Zenga and his ex-wife Roberta Termali has sprung up, who seems to have sent him a message inviting him to participate in the broadcast of D’Urso. While there are rumors of 60 thousand euros paid by Walter to his children for an Istat adjustment.

Speaking of these tormented private events, Raluca Rebedea defends her husband with the sword. It is not his fault for the situation of tension that has arisen, he has always sought the path of reconciliation "But he found a wall of silence in front of him".

Raluca then reveals some background on Nicolò and Andrea. If the former went to visit them in Romania and Serbia and took part in their wedding, Andrea instead cut all ties with his father, but Rebedea reiterates, she and Walter are ready to welcome him with open arms: "He never came . But the invitation has always been open and still is ".