Andrea Casalino is officially a competitor of the Big Brother VIP. Let's find out some curiosities about him 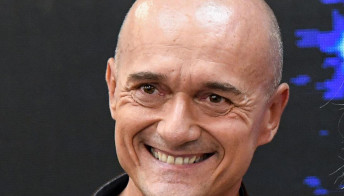 The sixth edition of Big Brother VIP is missing less and less, which will kick off the dances on 13 September with the now expert management of Alfonso Signorini, at the helm for the third consecutive year. In these days the competitors who will take part are starting to be made official and, after the confirmation of Katia Ricciarelli, Sophie Codegoni and Soleil Sorge, comes a fourth name, that of Andrea Casalino.

The boy is certainly not known to most, but he immediately strikes for his disarming beauty and immediately promises to take on the role of the "beauty of the house" such as Andrea Zelletta or Pierpaolo Pretelli.
Born in 1990, Andrea Casalino is a model originally from Brindisi, testimonial of some well-known brands. We know that he is a sports lover, a real crossfit and fitness enthusiast, as demonstrated by his sculptural physique. He is also the director of a fashion house specializing in formal wear.
At the moment he boasts 150,000 followers on his Instagram profile, but it is definitely likely that they will increase dramatically after his entry into the most spied on house in Italy.

However, participation in Big Brother VIP 6 is not the first television experience for Andrea Casalino: in 2010 he had in fact participated in Men and Women as a suitor. Then, he was a guest on Mattino Cinque, to finally land in the world of Ares fiction, as Rosalinda Cannavò. With her he shared the set of Rudolph Valentino – The Legend, which also saw the participation of Gabriel Garko. Within the series he played the role of Cetto lo Monaco. Another experience in the world of acting was within Squadra Antimafia.

In the world of VIPs, some pretty curious flirts have been attributed to the handsome model. For example, he had a flirtation with Paola Caruso, before the ex Bonas of Avanti un Altro left for Honduras for L'isola dei Famosi 2016. It is then rumored that the next gieffino has woven a fleeting relationship with the first winner of the GF VIP, Alessia Macari. Now, however, she seems to be single and who knows, maybe she'll find her love inside the house! And if history teaches us, very lucky relationships were born last year during the program … we'll see!